Dear Thembani Mbadlanyana: Leave the right of reply to those whose job is to respond to the media 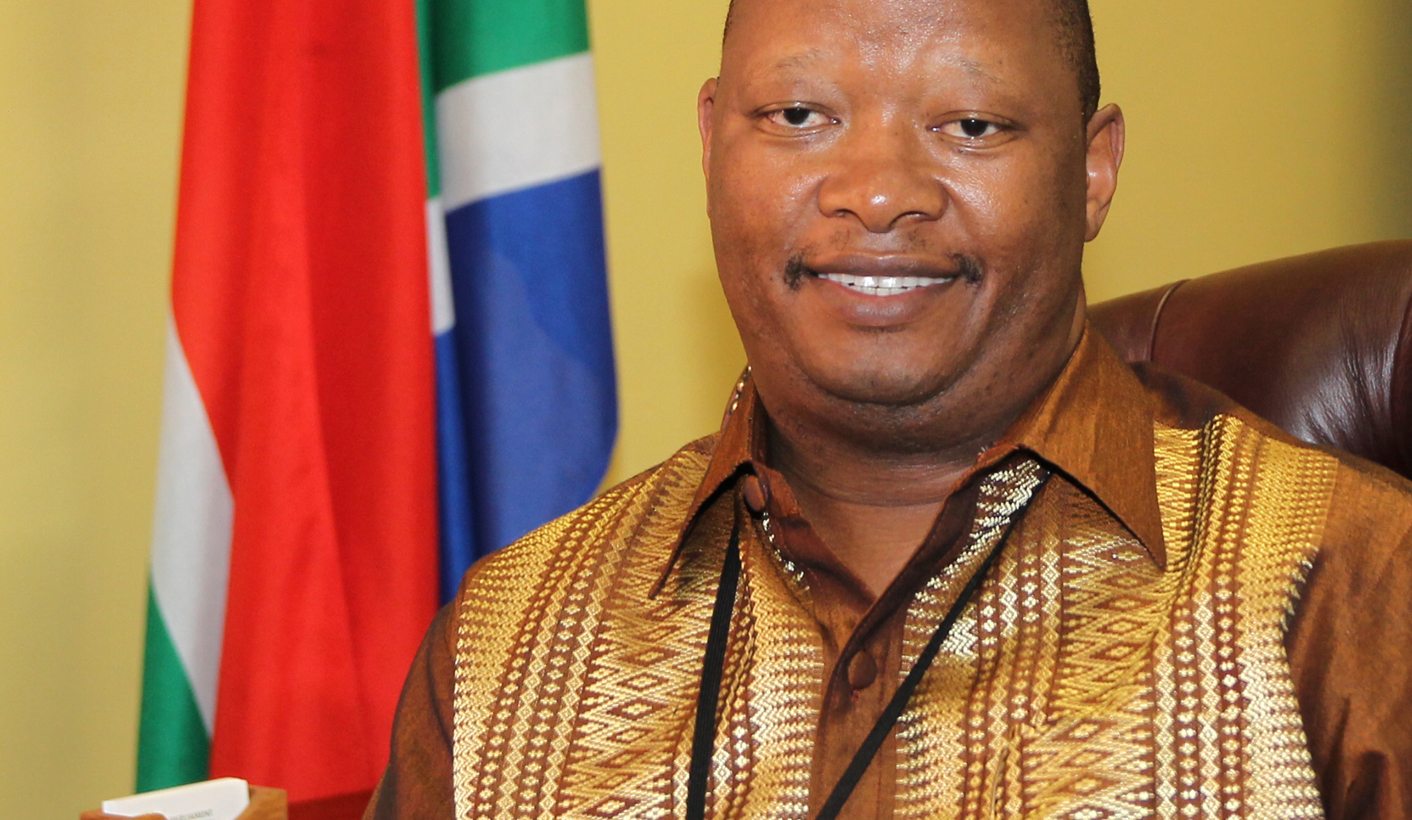 Mbandlanyana was quick to come to the defence of Gengezi Mgidlana, the Secretary to Parliament, whose recent travels to the United States raised many questions for the Daily Maverick but perhaps he should have rather left it to those in the know to take up the fight. By MARIANNE MERTEN.

Thank you for taking the trouble to draft a right of reply to my article on the Secretary to Parliament’s recent trip to the United States. As the Executive Assistant (Research) in the Office of the Secretary to Parliament, I trust drafting the submission did not take you away from those important duties during office hours. And so, thank you for sacrificing your time after hours to draft the right of reply.

Usually it is the communications division of Parliament, signed off by the spokesperson, that issues media statements and responses to news reports. This has happened most recently, for example, in Parliament’s media statement responding to a City Press article on the hiring of ANC-linked personnel into the national legislature’s senior management ranks. There are many other examples of this practice stretching back well over a year found on Parliament’s official website. Parliament, through its official communication structures, also issued a statement on the partnership struck during the US visit with the “world acclaimed” Frederick S. Pardee Centre for International Futures at Denver University that “will help the country tap into cutting edge knowledge bases [sic] and methodologies…” Perhaps I should be flattered an official in the Office of the Secretary to Parliament itself has taken the trouble to respond.

I have no interest in responding to the commentary on my professional abilities. Those views are yours to hold, and to express, in terms of Section 16 of the Constitution which guarantees: “Everyone has the right to freedom of expression, which includes freedom of the press and other media; freedom to receive or impart information or ideas; freedom of artistic creativity; and academic freedom and freedom of scientific research”.

However, the right of reply, which does not actually address the issues raised in the original article nor dispute the facts of that article, itself contains a factual error and an assertion straight out of left field that needs correction.

The statement: “The strategy of Parliament says that the above shall be done in the context of the fifth Parliament’s strategy. Merten does not seem to get this in spite of reading our strategy and receiving answers from her questions”, introduces the factual error. Despite allowing for further time for a response, I did not receive the answers to my request for comment, which specifically asked how the visits to the US-based institutions fit into Parliament’s strategic plan.

The statement that: “Should you (Merten) be interested in the substance of the engagements you are more than welcome to approach Parliament through the spokesperson” thus falls away. It was done.

The article at no stage raised any issues around security measures arranged when the Secretary to Parliament travels. Was it possibly a pre-emptive move arising out of some other dynamics, perhaps, that led to the following assertion: “The Secretary to Parliament and these officials travel on official duty and take the necessary precautionary measures that are not reported or made known to you. But should you request information it may be provided to. You did not request it.”

There was no reason to request information on the Secretary to Parliament’s security arrangements while travelling, because that was not at issue. But again, thank you, the statement has raised interesting implications.

Co-incidentally, I did request comment from Parliament on, among others, the bodyguards accompanying the Secretary to Parliament for an earlier piece. Parliament’s response was: “We are not allowed by law to divulge such as details relating to the security of a National Key Point and related matters.”

Let me just add one point, the issue made in the right of reply that “…where necessary he must have a car to move from point A to B, he must be in a plane, he must sleep in a hotel. All this is done according to the same policy that applies to everyone and given due recognition to different levels and approved cost containment measures.

That the Secretary to Parliament flies business class, has chauffeur-driven luxury sedan transport and stays in top hotels has been well ventilated in public. So has that that all this is in line with Parliament’s policies and prescripts. But this most recent clarification that all this is also part of “approved cost containment measures”.

Let me apologise in advance for my ethical niggles: Just because something is allowed by prescript and policy, does this make it right? DM