SAPS: We’ve got the OR Tambo thieves

SAPS: We’ve got the OR Tambo thieves 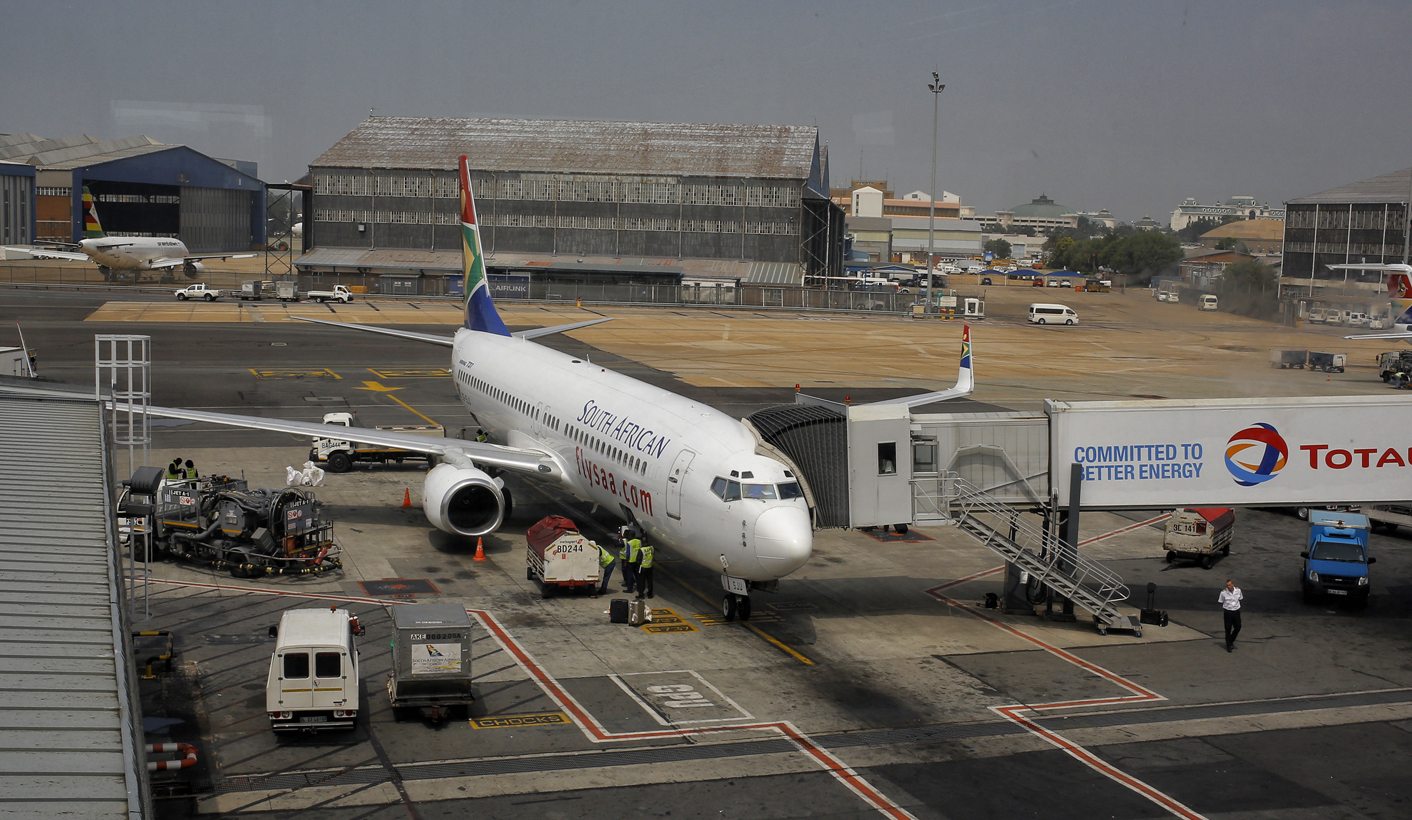 Acting Police Commissioner Khomotso Phahlane addressed a media briefing on Tuesday evening, promising to update on investigations into the high-profile cases at OR Tambo and the mass killings of informal mineworkers in Benoni recently. SAPS has been under pressure to make progress in both cases and the acting commissioner, unlike in his previous media briefing, said there were significant updates.

The brazen multimillion-rand heist from the airport, obviously, perhaps unfortunately, dominated the briefing. Phahlane said there was a “significant breakthrough” in the investigation, with four people being taken in for questioning and two people having been charged in the Kempton Park Magistrate’s Court.

“We have resolved as law enforcement agencies to work hard in ensuring that the perpetrators of this crime are brought to book. Within a week of investigations and interviewing of people of interest pertaining to this case we can confirm that four people have been taken in for questioning.”

Thieves robbed millions of rand in foreign currency from the national keypoint, OR Tambo International Airport, last week, leading to widespread allegations that it was an inside job. According to reports, the airport’s supposedly secure North Gate 1, which caters to VIPs and dignitaries, was penetrated by the thieves after police officers failed to pitch for their shift and security officials failed to respond to a heightened warning from Airports Company South Africa. Police have confirmed that the thieves entered the gate with a car illegally marked with SAPS branding and others with blue lights. The value of foreign currency they stole is still unclear, and Khomotso on Tuesday would not confirm any figures, but the thieves used the same airport entrance as when R100-million was stolen in 2006.

Phahlane said the police officer involved is yet to face court. “There is no charge which is a heist. It is armed robbery. That’s the case which is being pursued in this instance,” he said. “We are not going to rule out further arrests, even if those that are still to be arrested are members of the South African Police Service. It is early days. We can’t say that while we are in these initial stages, we can’t say that we have dealt syndicates a blow.”

Phahlane credited the SAPS’s crime intelligence unit with uncovering the alleged criminals and denied the arrests came from tip-offs. “We are not solely dependent on tip-offs so maybe you should start by congratulating crime intelligence in this instance, which has worked very hard in gathering intelligence which has led to us being successful in apprehending some of those involved.”

He claimed reports the police and airport security had been tipped off about the crime “remains a rumour” and said of the amount of money was stolen, “We can’t give any figures at this stage.”

He also gave an update on investigations into the 14 people killed in Benoni recently. Bodies were found dumped near mine shafts and the suspicion was they were linked to illegal mining. The deaths follow a litany of mass killings related to the artisanal mining industry in recent years. Phahlane said four people have been arrested in relation to the killings and the SAPS is in discussions with Interpol to have foreign suspects extradited. While reports have suggested the killings related to different nationalities of zama zamas, Phahlane on Tuesday said all victims and perpetrators have so far been identified as Lesotho nationals. Those arrested in Lesotho were found with illegal firearms, which the SAPS hopes to test to see if they link to the Gauteng killings.

Both the OR Tambo robbery and the killings of informal miners were high-profile cases and Phahlane’s announcement of reasonably rapid arrests were a win for the SAPS, which has been under siege for failing to solve such high-profile crimes. These cases matter: They intensify the perception that the SAPS is failing to address violent crimes in society.

Before we applaud SAPS for solving the dramatic OR Tambo heist and violent killings of mineworkers, we should remember another high-profile case. After former Bafana Bafana captain Senzo Meyiwa’s 2014 killing, the police prioritised the case and set its best officers to finding the culprits. A number of suspects were questioned, even charged. They were later released due to a lack of evidence, with significant adverse consequences for those who were accused of the crime. No one has, as yet, been held culpable for Meyiwa’s killing.

Phahlane on Tuesday didn’t emphasise the charges for the OR Tambo heist or the mineworker killings as a significant win for SAPS. He wanted, however, to show that the police are doing their job. The accused must be found guilty before we start trusting SAPS again. DM