Crisis, what crisis? Minister under fire as social gran... 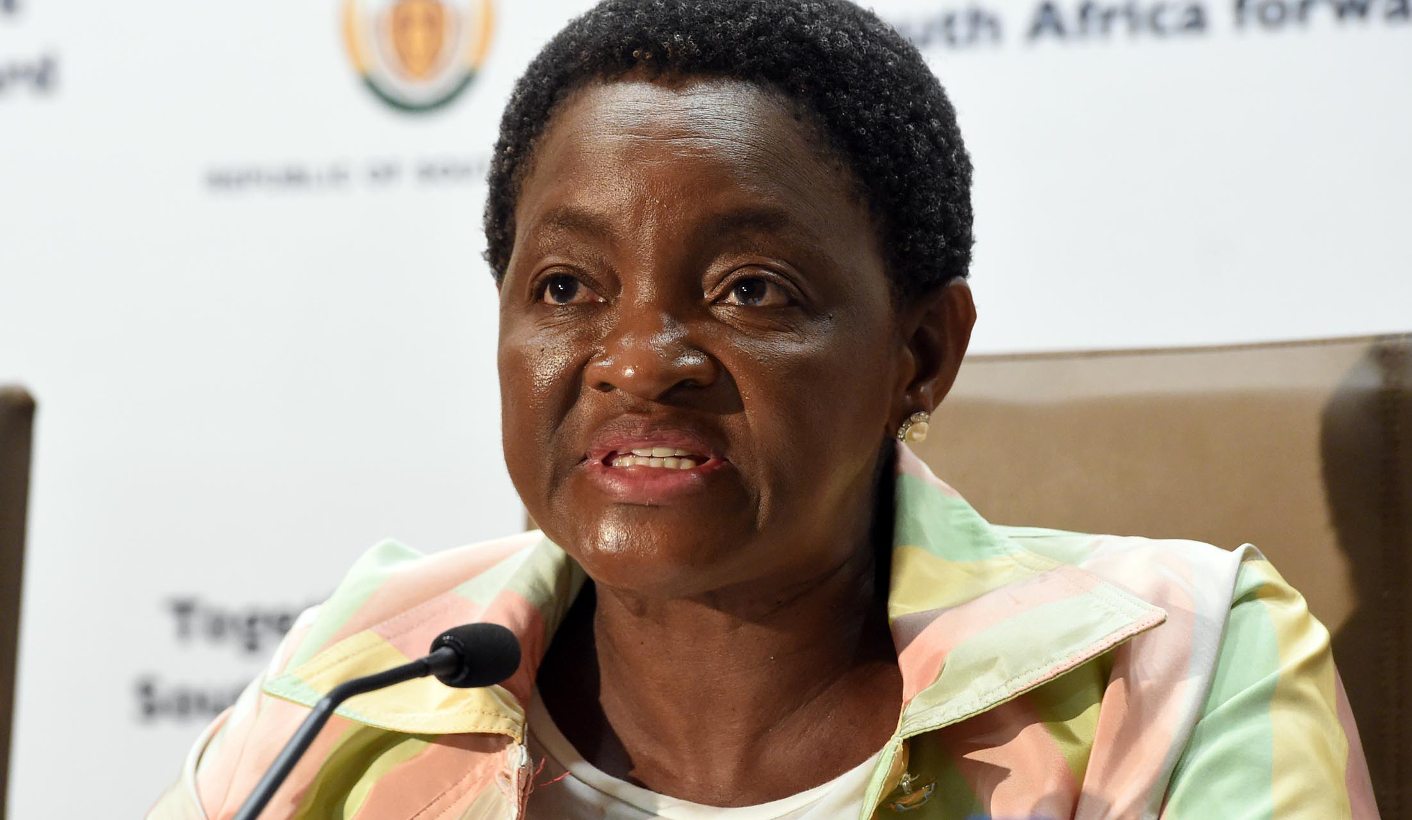 Social Development Minister Bathabile Dlamini found herself in the hot seat on Tuesday in Parliament, as members of the National Assembly debated the ongoing social grant crisis. The consensus from all opposition parties was the same: Dlamini must go. But the minister and her supporters remained defiant – largely ignoring the contentious contract with grant distributors CPS and schooling the House on the history and utility of social grants instead. By REBECCA DAVIS.

“At the heart of this crisis is a dodgy tender, a rogue minister, and a ruling party that no longer cares for the poor.” The Inkatha Freedom Party’s Liezl van der Merwe was pulling no punches as she opened Tuesday’s debate in the National Assembly on the social grant chaos.

That the ANC expected a rough ride was clear from the number of supporters that the ruling party had brought in to pack Parliament’s public gallery, almost all of whom were women wearing ANC colours. The supporters had to be told several times to stop cheering for the ANC, with the IFP’s Mkhuleko Hlengwa referring to them at one stage as “rent-a-crowd”.

“Unemployment is obviously very high in this country if the gallery is so full,” Hlengwa charged.

The individual in the spotlight was Social Development Minister Bathabile Dlamini, who arrived punctually and sat stiffly upright, dressed in ANC stripes. She appeared not to listen to the majority of contributions, writing notes and chewing sweets, though towards the end was moved to deliver some heckles of her own.

A united front was on display from the opposition parties, though the Economic Freedom Fighters were missing heavyweights Julius Malema, Floyd Shivambu and Mbuyiseni Ndlozi. Attendance in general was low. The Freedom Front Plus suggested afterwards that it was an illustration of Parliament’s “contempt” for the issues at hand that committee meetings had been scheduled to coincide with the debates.

The opposition politicians present did not mince their words in characterising the grants saga, with the majority of the criticism targeted at Dlamini, the company charged with distributing grants, CPS, and President Jacob Zuma.

The IFP’s Van der Merwe suggested that Dlamini had not been fired only because the minister and President Zuma were “besties”. She asked Parliament to sanction Dlamini for having told the House last November that the Department of Social Development was on track to pay out social grants itself, and further demanded a parliamentary inquiry into the details of the CPS tender.

“We need to get to the bottom of why Minister Dlamini is hell-bent on extending an unlawful, billion-rand contract to a white foreign-owned company [CPS] that faked its BEE credentials,” Van der Merwe said.

Taking the podium directly after Van der Merwe, Dlamini was greeted with cries of support. The minister thanked Parliament for giving her department the opportunity to “set the record straight”, since ordinary South Africans had been misled by “prophets of doom”.

Social grants will be paid on the first of April, Dlamini said, to further cheers. Moreover: “There is no crisis at Sassa.”

The minister then launched into a potted history of social grants in South Africa, citing a case study of a woman receiving an elderly person’s grant as “one of the many stories of hope”. The opposition’s claims that there is a crisis at Sassa is “propaganda”, she said, which has caused unnecessary public anxiety.

As for which body should be responsible for distributing the social grants, the minister ruled out the Post Office as a possible option, saying that the only possible solution “requires the current company” [CPS].

While Dlamini was speaking, opposition heckles of “Why don’t you resign?” and “What about the Con[stitutional] Court?” could be heard. Dlamini did not falter. On her way back to her seat, ANC members stopped the minister to press her hand in support.

Another ANC representative tasked with defending the Department of Social Development was MP Nokuzola Capa, who chairs Parliament’s social development committee and has previously been vigilant in shielding Dlamini from difficult questions. Speaking in Xhosa, Capa appeared to be largely directing her address to an audience outside Parliament.

She accused other MPs of trying to change the topic at hand to “corruption”, and, like Dlamini, embarked on a lengthy explanation of the history and necessity of social grants – a straw man argument, since nobody in the opposition was claiming the opposite.

“You are going to get your payment, don’t listen to anyone else,” she concluded, to hearty applause from Dlamini.

Fellow ANC MP Sibongile Tsoleli also framed her contribution as if other parties were arguing against the existence of social grants. She too hit out at the media and opposition parties for “putting uncertainties in the minds of poor South Africans”, and sought to deliver reassurance: “It is not true what is being shared by the opposition when they say our president Mr Zuma is going to withdraw the grants. Social grants will be paid, by any means, come first April.”

But opposition MPs were not arguing that people would not be receiving grants on April 1. Distributing the grants, the African People’s Convention’s Themba Godi pointed out, is a “basic government responsibility” and “not an achievement”.

“The issue is not about payments but whether such payments are legal or not,” Godi said.

With no signs of remorse or self-doubt being shown by Dlamini or the ANC, it was left to Agang’s colourful MP Andries Plouamma to speak for the country.

“If the ANC does not want to fire this minister, let me fire her right now,” Plouamma said, addressing Minister Dlamini. “You are fired in our consciences and hearts.” DM

Photo:Minister of Social Development Bathabile Dlamini and the National Student Financial Aid Scheme (NSFAS) announce how NSFAS will assist social grant beneficiaries who pass their matric and are accepted at institutions of higher learning on January 10, 2017. Photo: GCIS