Rugby Sevens: Injury blows for Blitzboks as they stumbl...

Rugby Sevens: Injury blows for Blitzboks as they stumble at final hurdle in Vancouver 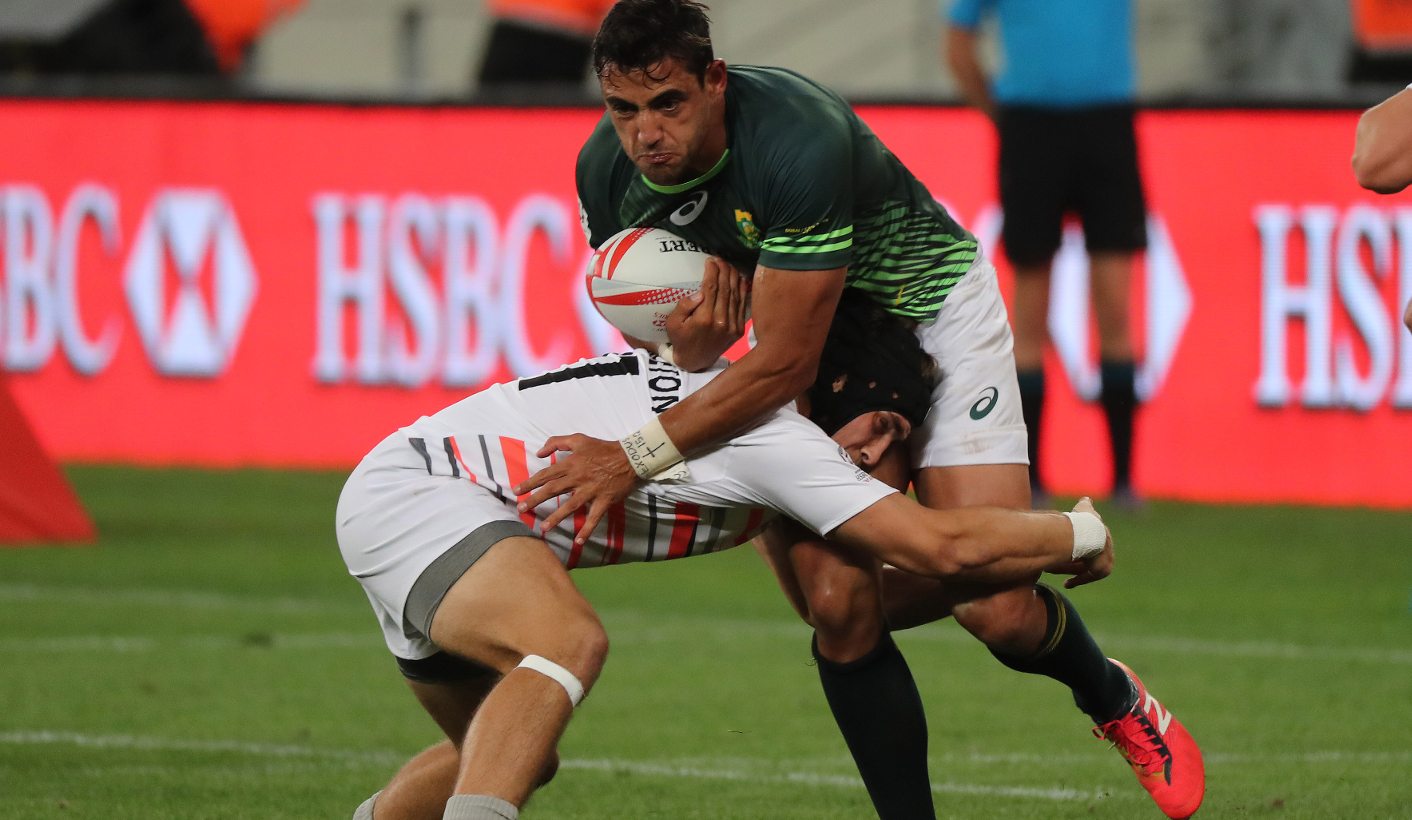 The Blitzboks faltered against their bogeyman-team in the final of the Vancouver leg of the World Series Sevens yet again. And while they maintain a lead at the top of the overall log, they may have to head to Singapore and Hong Kong with some young recruits after a number of key players picked up knocks over the weekend. By ANTOINETTE MULLER.

It seems the only team South Africa cannot beat in this season’s World Series Sevens is England. The Blitzboks lost 19-7 in the final in Vancouver over the weekend, but maintain a solid 23-point lead at the top of the overall standings. England are now the only side to have beaten the Blitzboks this season and they have done so thrice.

Stumbling at the final hurdle is something that has plagued the Blitzboks for some time now. In the last few years, they frequently faltered when it came to crunch time and at the Rio Olympics last year, they had to settle for bronze after stuttering in the knock-outs.

This season, the team looked as if they had overcome that issue – except for when they play England. Coach Neil Powell was not pleased.

“Today we did not play well. We started well against Canada, but that was our only proper performance. To be honest with ourselves, we were not clinical enough on attack and did not keep the ball long enough before being turned over again,” Powell said.

“We used one of our opportunities, but all three times we surrendered possession unnecessarily and England scored. You cannot win finals playing like that and you cannot expect to beat a good team like England playing like that.

“It does seem that we have a problem against England. We will have to go and look at how and where to do things better when we face them,” the coach admitted.

Overall, though, Powell was content with the 41 points from a possible 44 over the weekend.

“If anyone offered me that before the trip, I would have taken it. From that perspective, it was a very good trip for us,” Powell said.

But while the team remains in good standing on the log, the casualty list is growing. The team lost Justin Geduld and Stephan Dippenaar at the start of the weekend’s tournament while Branco du Preez and Rosko Specman both picked up knocks – before and during the final respectively.

The team will travel to Hong Kong and Singapore for the next legs of the World Series Sevens. Powell was hesitant to be drawn into the extent of the injuries, but admitted that the side might be forced to rely on some young blood.

“We have a short turn-around and in two-and-a-half weeks we will be on our way to Hong Kong again. We still need to do medicals, but it seems that we will lose a number of players and might need to travel to Hong Kong with a much younger squad. We have some hard work ahead of us,” Powell said. DM