Op-Ed: A gap opens for South Africa to do right on the ICC 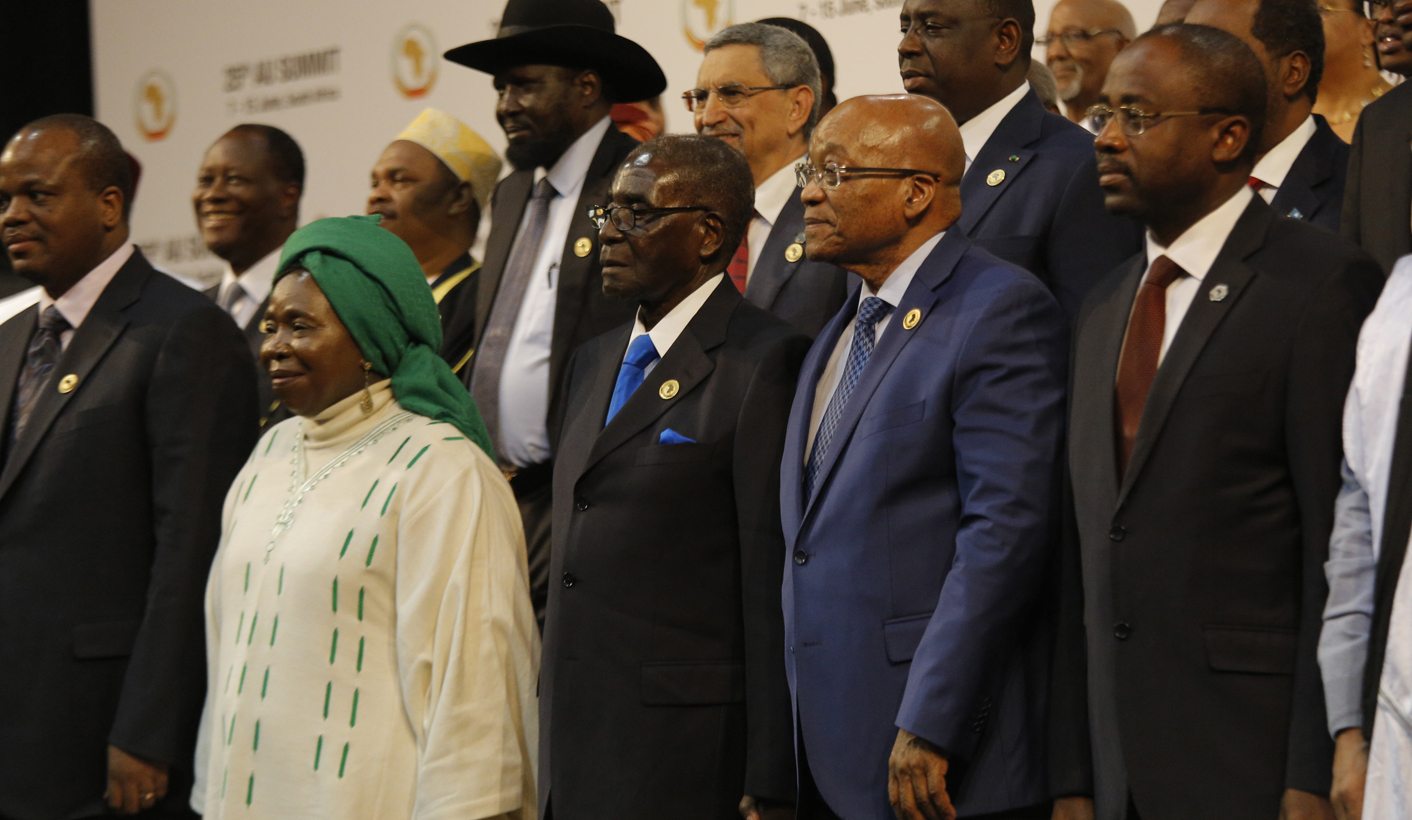 South Africa’s decision to remove itself from the ICC means a squandered opportunity to show leadership and to use its influence within the court to help assuage the concerns about the work of the ICC. Following the High Court’s decision, there is now a telling chance for South Africa to continue working to improve the ICC from within. By MAX DU PLESSIS.

Last week, the South African government deposited with the UN Secretary-General in New York a document that is as embarrassing as it is telling. The document is headed: “South Africa: Withdrawal of Notification of Withdrawal”. It comes on the back of a successful challenge in the High Court to the government’s unilateral and surprise lodging last October (2016) of its notice to withdraw from the International Criminal Court (ICC). An urgently convened Full Bench of three senior judges ruled on February 22, 2017 that the move by South Africa was “unconstitutional and invalid”. Pretoria now says that it “wishes” to inform the UN Secretary-General of this High Court decision, and deposits its notice of withdrawing its notice of withdrawal, “in order to adhere to the said judgment”.

This embarrassing reversal might have been avoided if the government had taken the time to follow the correct legal processes. That is particularly so when one recalls that there was no apparent rush to leave the court without notice to or consultation with an unsuspecting public or Parliament – the arguments and papers before the High Court revealed that South Africa’s executive made out no case whatsoever for any urgent need to remove the country from the ICC, and that South Africa was in fact involved midway in various consultative processes with the ICC to deal with its concerns.

Those concerns included its arguments for leaving the ICC. Its primary contention is that South Africa is caught in a bind. On the one hand, it must observe diplomatic immunity for heads of state, as per international customary law backed up African Union pressure. Yet its membership of the ICC pulled it in another (apparently less attractive direction): of having to arrest and surrender odious presidents like Sudan’s Al-Bashir, wanted for genocide, crimes against humanity, and war crimes, by the ICC.

To escape this bind, South Africa opted out. It also raised the risible argument that there was no cause for concern for African victims of such crimes, since the African Court of Human and Peoples Rights would be recast to prosecute international crimes as an African alternative to the ICC – a claim that is undermined somewhat by the fact that not one of the 15 ratifications required for such recasting has been obtained (South Africa has not even signed the amendment protocol, let alone ratified it), and heads of state and other senior African officials would have iron-clad immunity from prosecution before the recast African Court.

These and other arguments in support of its withdrawal have been subjected to withering criticism by many, including most recently a number of retired Justices of South Africa’s Constitutional Court (among them Justice Kate O’Regan, now director of the Bonavero Institute of Human Rights at Oxford) and Justice Navi Pillay, the former UN Human Rights Commissioner and herself a previous judge of the ICC.

Of course the implications of a withdrawal by South Africa have sent shock waves, inducing fears that its move will threaten the existence of the court itself in Africa. That consequence for African victims of the world’s worst crimes would be massive, recalling that there is scant chance of them receiving justice before domestic courts.

But most important, South Africa’s decision to remove itself from the ICC means a squandered opportunity to show leadership and to use its influence within the court to help assuage the concerns about the work of the ICC. There is a real debate about the effect of immunities within the ICC and the relationship of the ICC with the Security Council (an unhealthy one). Instead of precipitously and prematurely withdrawing from the court, another clear solution for South Africa would be to remain a constructive member of the court. Whatever the embarrassment occasioned by its reversal of the withdrawal notice, there remains both hope and a real opportunity for South Africa to reassert its rightful place as a leading African nation within the court. Following the High Court’s decision, there is now a telling chance for South Africa to continue working to improve the ICC from within.

There are several options available, which I have written about elsewhere, and they are not mutually exclusive.

The first is to engage with other States Parties to reform referral processes by which the ICC investigates cases. In Africa alone, 34 countries have ratified the Rome Statute; if co-ordinated, this would represent the most powerful bloc within the treaty. There is no reason why South Africa cannot harness this influence to encourage the court to investigate non-African situations (Palestine is an obvious instance) with more energy.

The second is to push for a political resolution to the question of whether serving heads of state should have immunity. Since the Bashir arrest debacle, South Africa has led a working group at the ICC’s Assembly of States Parties on this very matter. South Africa is – now again – well positioned to streamline the ICC’s consultation process with States Parties concerned about how to deal with immunities for serving presidents whose countries are not parties to the Rome Statute, such as Sudan.

The third is to push for more clarity from the UN Security Council when it refers situations to the ICC implicating a Head of State (like Bashir). The council ought to express itself unambiguously about the removal of immunities and the obligations regarding co-operation. It also needs to improve its consultation process with African states and the African Union in relation to ICC matters. South Africa is ideally suited to contribute to this process of reform.

The fourth is to continue pushing for UN Security Council reform. The ICC is undermined by the Security Council’s reluctance to refer cases involving major powers (hence the failure hitherto for investigation of crimes committed in Syria, despite the mounting tragedy unfolding there). Security Council reform is a long and difficult process, sure; but that process will become even longer and more difficult if countries like South Africa choose not to engage.

This moment in time allows the South African government to put the embarrassing imbroglio of its ill-fated withdrawal in the past. The future of the court is at stake, and there is an opportunity for the government to continue engaging constructively to improve the ICC for the benefit of the court and its victims, and also to avoid further dishonour to South Africa. Whether the Zuma administration has the foresight or insight to do so is another question entirely. DM

This article was first published on Oxford Human Rights Hub.

Max du Plessis is a barrister in South Africa, honorary research fellow University of KwaZulu-Natal (Durban) and a senior research associate at the Institute for Security Studies. As a barrister in South Africa (and associate tenant, Doughty Street Chambers, London), Max has been working on domestic cases dealing with arrest warrants for senior government officials implicated in international crimes and litigating and advising on them in South Africa and other countries. He most recently acted on behalf of the Southern African Litigation Centre (SALC) in seeking to ensure that the South African government complies with its obligations to arrest President Bashir of Sudan – arguing against the government’s claim that Bashir has immunity from arrest under customary international law on account of him being head of state. He also acted for SALC in challenging the South African government’s decision to withdraw from the Rome Statute.