Parliament: The world’s still a much-travelled oyster for Secretary Mgidlana 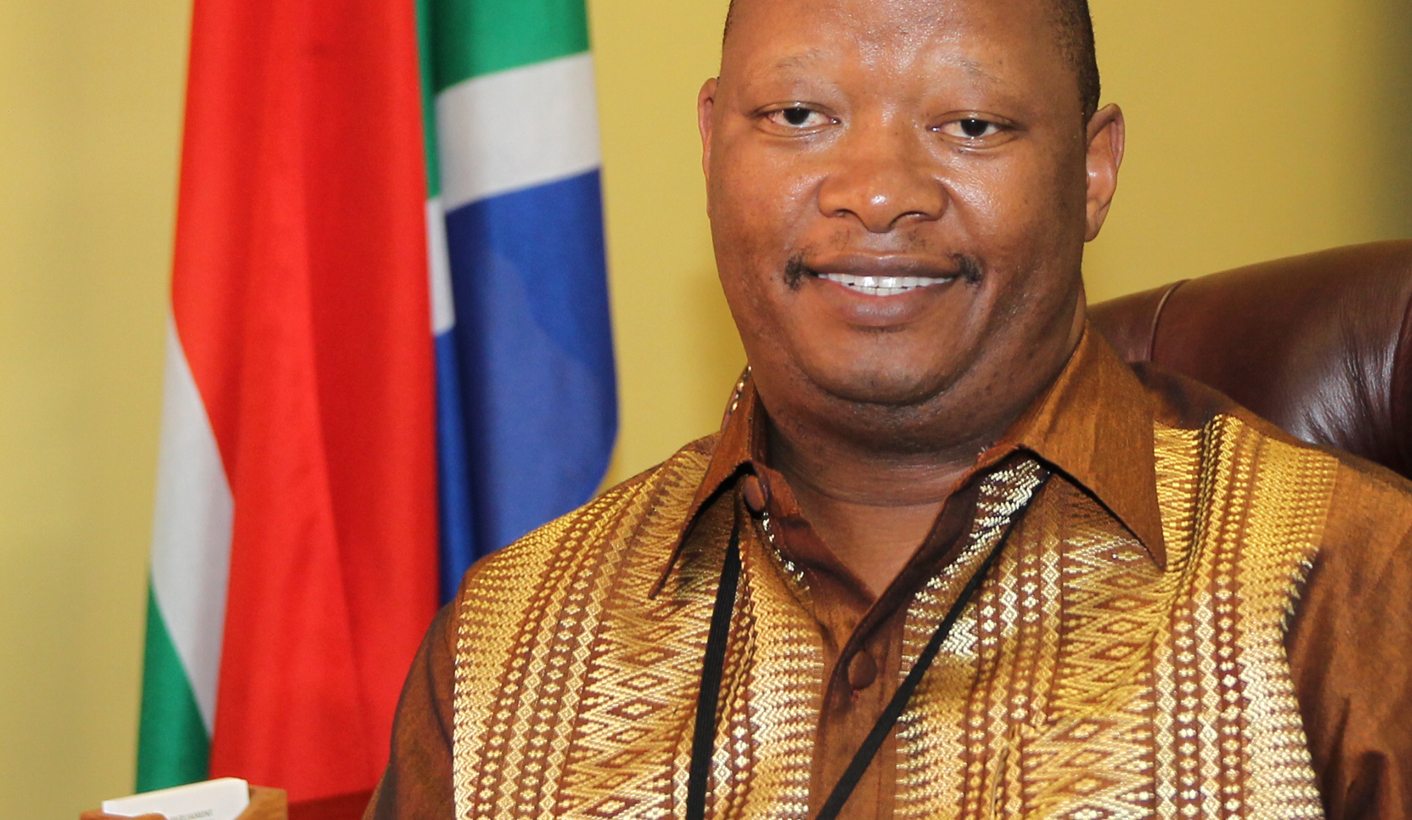 Pursuing Parliament’s strategic objectives has taken Secretary to Parliament Gengezi Mgidlana around the world – most recently to the United States, this week. From London, Edinburgh, Budapest, Geneva and, it is understood, also destinations on the African continent, Mgidlana has travelled extensively since taking up his post as the national legislature’s accounting officer, or top administrator, on December 1, 2014. By MARIANNE MERTEN.

There is a long-standing if informal parliamentary tradition, insiders say: when Parliament is in session, the Secretary to Parliament is present at the national legislature.

But this week Secretary to Parliament Gengezi Mgidlana led a delegation to the United States on “working visits and partnership meetings”, according to an info alert to staff seen by Daily Maverick.

The reason for the five-day trip from March 6 to 10 was that “the working visit and the strategic partnership meetings will be conducted pursuant to the implementation of the institution’s 2014-2019 strategic plan”, according to Mgidlana’s info alert.

According to that plan, Parliament’s six “strategic outcome-orientated goals” are:

There could well be good reasons for the US trip – Parliament previously has maintained that Mgidlana’s travels were all in line with its strategic objectives – even if these may not immediately arise from the institutions visited.

Parliament did not timeously respond to a request for comment despite being afforded additional time.

The Frederick S. Pardee Centre for International Futures specialises in “long-term forecasting and global trend analysis”, according to its website. It “works in partnership with non-governmental organisations, international governmental organisations, governments, and corporations to produce policy-relevant research, analyses, forecasts, and new analytical tools” and generates various publications arising from its research on international futures and human development.

Among the centre’s partner governments is the DA-run Western Cape administration, and Peru. It does not seem as though any parliaments are on the partnership track.

Like the World Bank Institute, which provides policy and development assistance to governments and civil society organisations, according to its website, the UNDP also has offices in Pretoria, Gauteng.

The UNDP describes itself as “the leading global development agency for transnational change” on its website: “We help empower lives and build resilient nations so that they can withstand crisis and improve the quality of life for everyone.” It works principally with the host government, civil society organisations, foundations, the private sector and inter-governmental organisations.

The Harvard Kennedy School of Governance is where former DA parliamentary leader Lindiwe Mazibuko completed a fellowship and which now hosts former public protector Thuli Madonsela as a fellow in what she recently described as “a club of hasbeens… working out what is the next chapter”.

According to the school’s website: “For the past seven decades the Harvard Kennedy School has strived to place itself at the vanguard of studying public policy and preparing its practitioners. Today the Kennedy School has evolved into one of the world’s most eminent social science research institutions….” It adds that “more than 46,000 Kennedy School alumni reside in more than 200 countries and territories and serve in a wide range of positions in the public, private and nonprofit sectors”.

The United Nations, as part of its vast administration with 193 member states, also provides, according to its website, “technical assistance to parliaments in their efforts to build the capacity of legislators and technical staff, promotes institutional reform through strategic development plans, enhances parliaments’ relationships with the executive and judiciary branches of government and with civil society, and strengthens gender balance”.

This week’s travels to the US are the latest in a series of international and domestic trips undertaken by the Secretary to Parliament, often – but not always – with a delegation.

In late 2015, Mgidlana and several of his senior managers spent R1.8-million on what officially was described as “benchmarking” visits to the British legislature in London, the Scottish legislature in Edinburgh and to the Turkish parliament. Mgidlana also attended the Inter-Parliamentary Union (IPU) in Geneva, Switzerland.

These trips emerged only in early 2016, in the City Press. After commenting in the story that the travels were in line with its policies and prescripts, Parliament also issued a media statement dismissing the report, although not disputing the monies spent, including on luxury hotel accommodation, business class flights and chauffeur-drive transport.

“The article unfairly, maliciously and grossly misinterprets the implementation of an approved Parliament strategy, budget and annual performance plan by narrowly focusing on a jaundiced view and shallow perspective of what is otherwise a critical strategic function,” it said.

“Indisputably, effective parliaments do not only shape policies and laws that respond to the needs of citizens, but they also carry people’s hopes and aspirations and see to it that such laws and policies are translated into desirable societal outcomes,” says the report. Again Parliament blamed “prejudiced positions” and a “misunderstanding” of the importance of its strategic mission.

In June 2016, the Sunday Times reported that Mgidlana had spent R134,000 on a series of domestic trips between January and April. In December 2016 City Press reported that in July 2016 Mgidlana went on a “study tour” to Budapest, Hungary, and also spent just over R52,000 for six days in Johannesburg at the end of that month.

The purpose for that Johannesburg trip for Mgidlana and his wife was described in Parliament’s official travel authorisation, seen by Daily Maverick, as “security cluster meeting”, although Parliament denied that its accounting officer had attended such meetings as he was not a member of that cluster.

Questions about Mgidlana’s travels have been asked in parliamentary corridors, but also publicly in last year’s Budget debate on Parliament’s allocations. Then Speaker Baleka Mbete defended Mgidlana against DA and EFF claims that he was wasting money on luxury trips: “There is nothing untoward about that tour,” Mbete said regarding the 2015 trips, adding that everything was done according to parliamentary prescripts.

Last month the joint standing committee on the financial management of Parliament confirmed that Mgidlana had not signed his statutorily required annual performance agreement, 46 weeks into the financial year. A request to be briefed on his travels has again been submitted. What level of scrutiny unfolds remains to be seen. DM