Open Letter to Minister Motsoaledi: Muzzling healthcare workers does little to address problems in the system 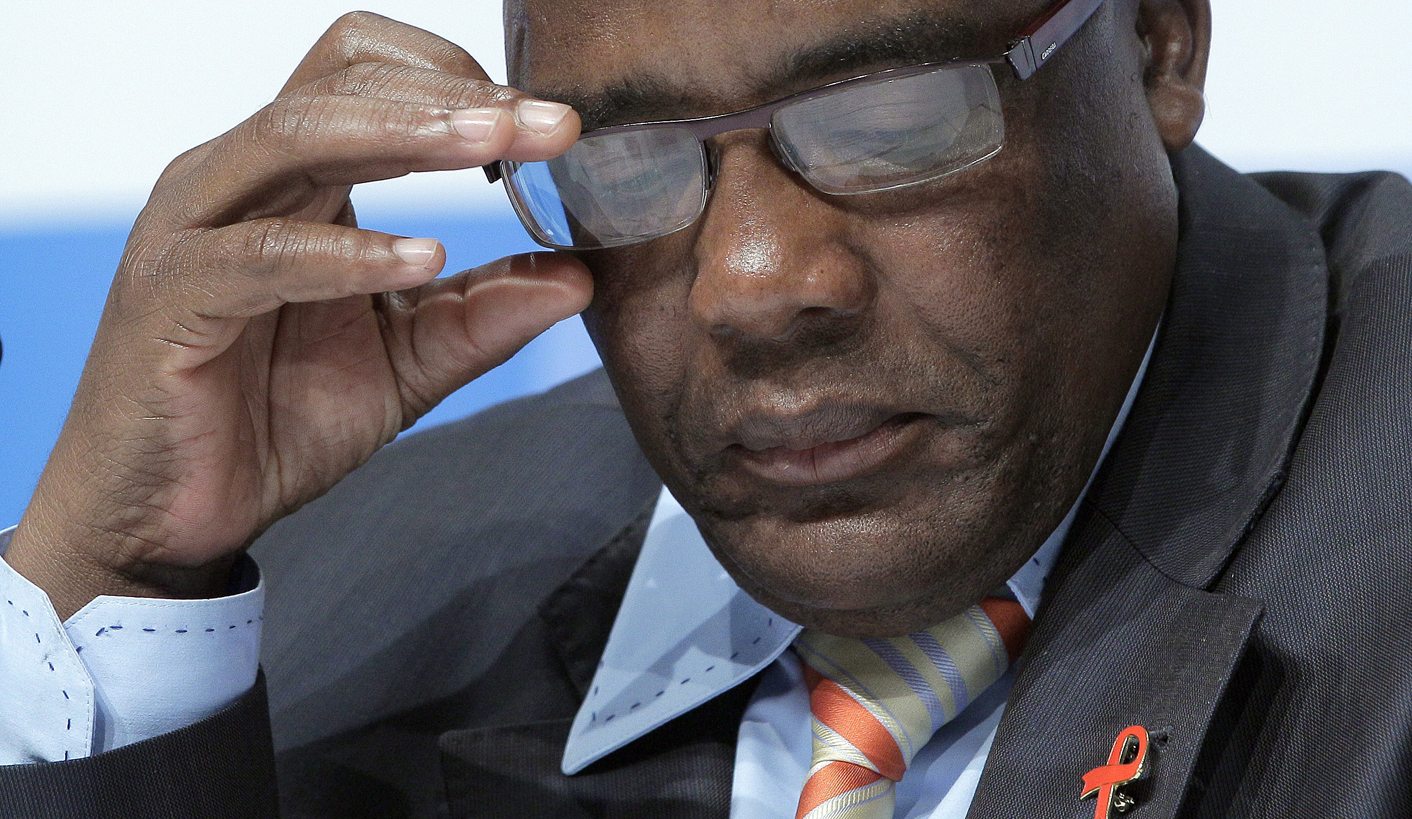 The Rural Health Advocacy Project has written an open letter to Health Minister Aaron Motsoaledi challenging him to support healthcare workers to speak out, saying failing to do so could see many more cases like those in the Life Esidimeni saga. By SAMANTHA KHAN-GILLMORE.

This year, 2017, has started off with a bang on all fronts for South Africans, and almost with a domino effect. Pull one thing down and then the next starts to fall. Some of the crises have been small and we were able to sweep them under the carpet, but others have had life-altering consequences. And somehow they merge to create havoc, to create different tensions that all have the same result: loss of life and a complete sense of hopelessness. Life Esidimeni, Charlotte Maxeke Hospital, the Sassa grants crisis – all have an impact on the poor and the vulnerable.

Healthcare workers are faced with great challenges and many young, newly qualified healthcare workers have inherited an ailing, fragile, vulnerable and almost disabling system. Many are lured to the private sector, overseas opportunities or private practice. This is a game-changer for the public health system where the need is most and the human resources are least available. The root causes for health system failures are complex, and range from health system problems due to poor priority-setting, corruption, budget cuts and malperformance to medical malpractice. More often than not, once we get to facility level, healthcare workers simply do not have the tools (be it sufficient staff, equipment, medicines) to do their work adequately.

A 120-bed hospital in the Eastern Cape, with a 24-hour emergency service, a long-stay TB ward and a C-section facility for pregnant mothers, operates daily with two doctors within a catchment population of 100,000. The hospital is one of many across the Eastern Cape and KwaZulu-Natal that are yet to receive community service doctors. The hospital also does not have any rehabilitation therapists.

A mother from this community has a three-year old daughter with cerebral palsy, who she manages to take to another district hospital 67km away, a journey which requires four taxi rides in each direction and costs R136 return each month. This woman travels almost 70km away to the next hospital when there is a hospital less than a kilometre from her home.

The human resources crisis has hit home hard, Honourable Minister, and unless we tackle the problem aggressively, many more mothers will be taking expensive taxi rides to other communities to access treatment and services that should be readily available to them at their doorstep. This problem also leans on another issue: utilisation rates. Should someone from the National Department of Health visit this hospital and access utilisation data, the data will tell a different story: that everyone who requires a specific service is currently accessing it and that a community’s needs are being adequately provided for. In the absence of an occupational therapist for the three-year-old mentioned, there are no head counts to suggest that the need and hence the services for an occupational therapist are not accounted for in the planning and budget stages of the province. Such is the struggle of human resources services in rural communities, Honourable Minister.

Since 1994, there have been many improvements in accessing quality healthcare for South Africans. The establishment of the Office of Health Standards Compliance (OHSC) is a massive win for patients and the health system as a whole. However, many health system challenges and inequities remain. While the OHSC is a much needed intervention, it does not yet have the capacity to deal with the numerous challenges across the country. As recently as the end of 2016, a rural hospital in the Eastern Cape sent a complaint form to the OHSC on the issue of staff shortages and severe human resource constraints as it impacts on community needs. This complaint was acknowledged but no follow-up or resolution followed. Yes, I am certain that this will strengthen in time, but we have no time to lose when it comes to certain patients and healthcare worker complaints.

Healthcare workers are confronted with crippling challenges on a daily basis as you are very aware. Some have to make life and death decisions using limited resources in a constrained working environment. This is the nature of the work, many would say. But who can they speak to about these challenges that they should not ordinarily be working in? Healthcare workers have to follow strict protocols when wanting to voice their frustrations and concerns with external stakeholders outside of the provincial department of health. This should not be the case.

There are internal and external procedures available to healthcare workers to lawfully and morally speak out when a facility is facing a looming crisis, or in the middle of it. A child is born with a disability due to a lack of adequate and sufficient human resource at the hospital is such a crisis. A pregnant mother dying during labour because of a lack of EMS transport to the nearest available facility is such a crisis. Babies dying due to a lack of oxygen in a hospital is such a crisis. As one occupational therapist lamented in a report on the health crisis in the Eastern Cape: “It is doubtful whether the cause of death recorded on the certificates included ‘lack of rural healthcare workers’.”

But why are we not hearing more workers speaking out before it is too late? It is wrong to assume that they do not care – some don’t – but others try to report the problems internally. However, when nothing happens, the next step of seeking external help seems to be a jump too far for many. Fear of victimisation, fear of dismissals, fear of intimidation, fear of being the whistle-blower in an already treacherous working environment rule.

This does not need to be the case, Honourable Minister. Healthcare workers should have the freedom to express their concerns in a protected and safe environment without fear of reprisals. What happened to the Batho Pele principles of putting patients at the centre at all times? What we need right now is moral, strong leadership. The kind of leadership that understands the struggles, dilemmas, conflicts and financial constraints, but which still strives to put patients first.

Because if healthcare workers do not speak out about life-saving, critical issues, how will we know whether the next Life Esidimeni is around the corner?

Be bold, Honourable Minister. Give healthcare workers that bit of moral support to do what the law allows them to do: to speak out to avert avoidable suffering and death. Let’s replace unlawful confidentiality agreements and provincial media protocols with a solid and legitimate moral compass. These are people that we need to protect: pregnant mothers, babies and children, adults and children with mental health challenges, people with disabilities, elderly gogos who sacrifice their Sassa grants to take their grandkids to the nearest clinics many kilometres away, to name a few. What does our Constitution call them? Our vulnerable populations. Let’s protect them, Honourable Minister.