Op-Ed: There’s no conspiracy behind Zuma’s decision to replace three members of the JSC 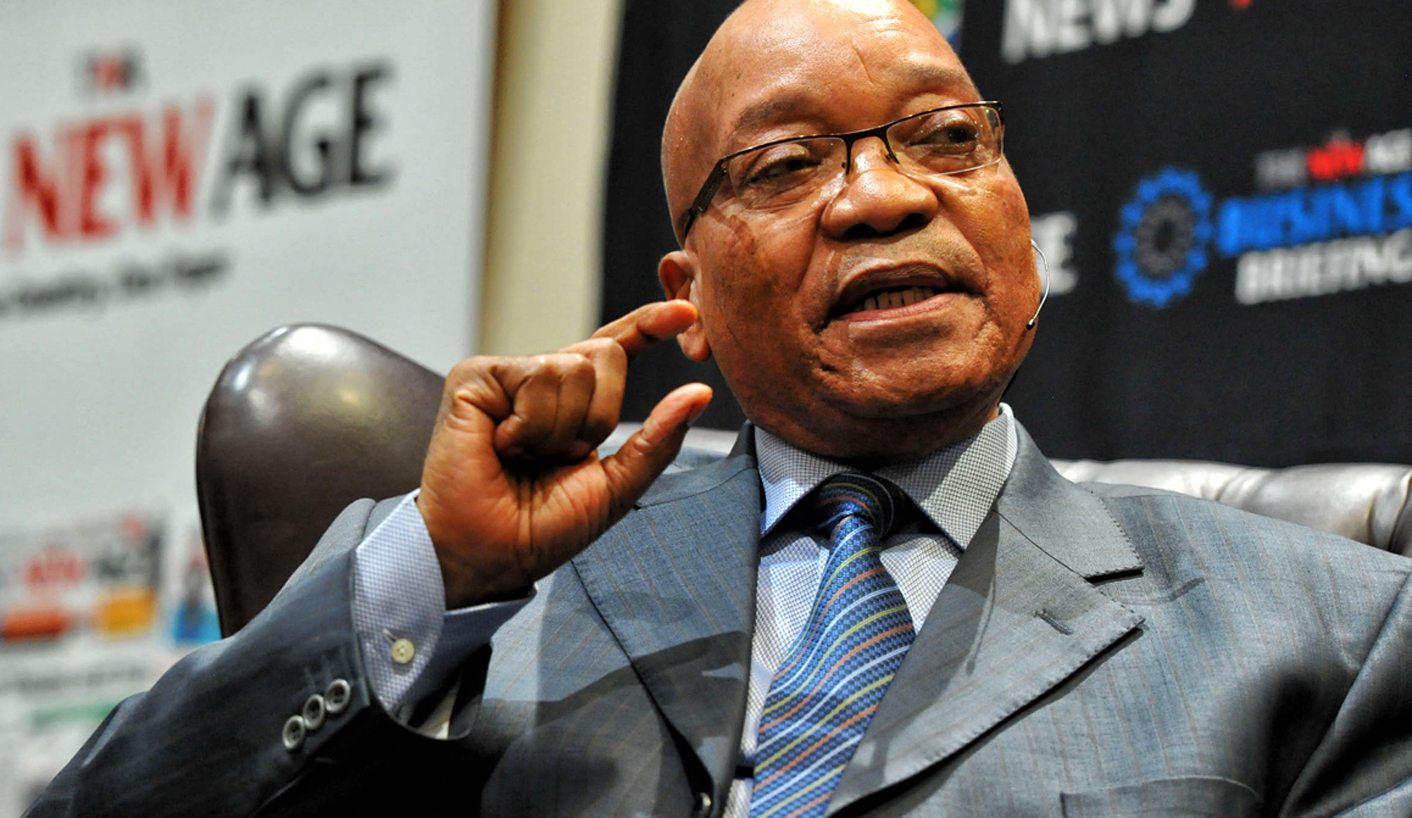 Earlier this week we saw the EFF’s Mbuyiseni Ndlozi’s tirade about what he called President Jacob Zuma’s “unprovoked announcement” to replace three members of the Judicial Service Commission. The media were quick to respond, with the Daily Maverick publishing two articles about it (Stephen Grootes’ Is Zuma/ANC starting a battle for the soul of SA judiciary? and Richard Poplak’s Jacob Zuma, and how the state breaks when you’re otherwise occupied). Theories about a so-called state capture of the judiciary quickly arose. Yet no one, it seems, bothered to look at the facts. By JOHN JEFFERY.

There are many different constituents on the Judicial Service Commission. The Constitution states that the JSC consists of the Chief Justice, who presides at meetings of the commission, the President of the Supreme Court of Appeal, one Judge President designated by the Judges President, the Minister of Justice or an alternate.

There is one teacher of law designated by teachers of law at South African universities.

The President, after consulting the leaders of all the parties in the National Assembly, can designate four persons.

The Constitution does not provide for how long these members must or can serve. According to section 178(3) of the Constitution, members of the JSC serve until they are replaced by those who designated them.

So when the President chose to relieve Advocate Dumisa Ntsebeza SC, Advocate Ismael Semenya SC, and Andiswa Ndoni of their positions, the EFF were quick to come up with conspiracy theories.

What the EFF also didn’t mention was that when these three commissioners were initially appointed there was criticism against their appointments too.

In fact, in July 2009 Constitutional law expert Prof Pierre de Vos wrote, in reaction to the President’s intention to appoint Ntsebeza, Semenya, Ndoni and Vas Soni: “I hope I am wrong, but these four appointments do not bode well for the real and deep transformation of the judiciary, by which I mean the appointment not only of more black and women judges, but also of more judges who have internalised the values of the Constitution and would act in a scrupulously honest and ethical manner.”

The DA too wrote, at the time, that the appointment of four new members to the Judicial Service Commission “is part of an ANC strategy to achieve a majority of executive-minded, ANC-friendly commissioners”.

It seems the President can’t appoint anyone to the JSC without it giving rise to a new episode of The X-Files.

To further add to the conspiracy theory Poplak claims in the Daily Maverick that Ntsebeza et al were being removed because “Zuma wants to appoint advocate Gcina Malindi, a Delmas trialist, to the Commission”.

If Adv Malindi wants to be a judge as it would seem from his earlier application, then most people know that it is not appropriate for a sitting Commissioner to apply to be a judge.

And, on the issue of Adv Malindi, had anyone bothered to check, they would have found out that the reason why the EFF and Julius Malema in particular have an issue with Malindi is because he prosecuted Julius Malema at an ANC disciplinary inquiry. It is not surprising there is no love lost but wrong that his credentials for the Bench can be undermined for this personal reason.

Poplak, equally sensationally, says that Malindi broke down in tears while “protecting Zuma’s dignity” when representing the ANC during “The Spear” painting case.

The truth, however, is that Malindi, in that case, was responding to Judge Neels Claassen on the question of race. Malindi argued that the art experts who defended the painting were arguing the issue from the perspective of the white, educated elite. Malindi argued that in a country such as ours which was divided by education and culture, the court should also take into account the views of black South Africans who were denied education under apartheid and who are now angered and humiliated by the painting. He later explained that he broke down, because as a former activist it brought back painful memories which were overwhelming for him.

So no, he was not arguing about the President’s dignity, but about the dignity of an entire generation of Black people who had been humiliated and traumatised by an apartheid system – a system found to be a crime against humanity. Poplak may want to poke cheap fun at Malindi’s emotions, but the rest of us can identify with Malindi in understanding the pain he was trying to express.

The next issue the EFF had was with the intention to appoint Justice Raymond Zondo, and not Justice Bess Nkabinde, to fill the Deputy Chief Justice vacancy on the Constitutional Court. Judge Nkabinde is the acting Deputy Chief Justice, having been appointed in that position by President Zuma.

Had anyone bothered to check they would have learnt that Justice Nkabinde finishes her non-renewable term of 12 years at the Constitutional Court at the end of this year.

The EFF based its objection on the fact that they are concerned about female representation on the Bench. However, when the President this week nominated Judge Mandisa Maya as president of the Supreme Court of Appeal there was not a word from the EFF. Judge Maya will be South Africa’s first female president of the SCA, but the EFF is as silent as the grave.

The EFF will create a story whenever and wherever it can, yet its own performance on the JSC has been less than stellar. One only has to think of Malema who, in 2015, couldn’t care less about KwaZulu-Natal High Court Judge Mjabuliseni Madondo’s legal credentials, but simply asked him whether he was not “too old” for the position of deputy judge president of the KwaZulu-Natal Bench.

Claims that the ANC now somehow wants to “capture the judiciary” because it wants progressive judges also lack credibility. The issue of the transformation of the judiciary has been at the heart of ANC policy for decades. At its 2002 national conference in Stellenbosch, the ANC resolved to expedite the transformation of the judiciary, to create a more representative, competent, sensitive, humane and responsive judiciary. This was echoed in 2013 Mangaung Conference Resolutions which state that “there should be holistic criteria for eligibility to judicial appointment which include amongst others social activism”.

So to suggest that this is somehow a new development aimed at ensnaring the judiciary is laughable.

But, as they say, why let the facts get in the way of good story. DM

John Jeffery is the Deputy Minister of Justice and Constitutional Development