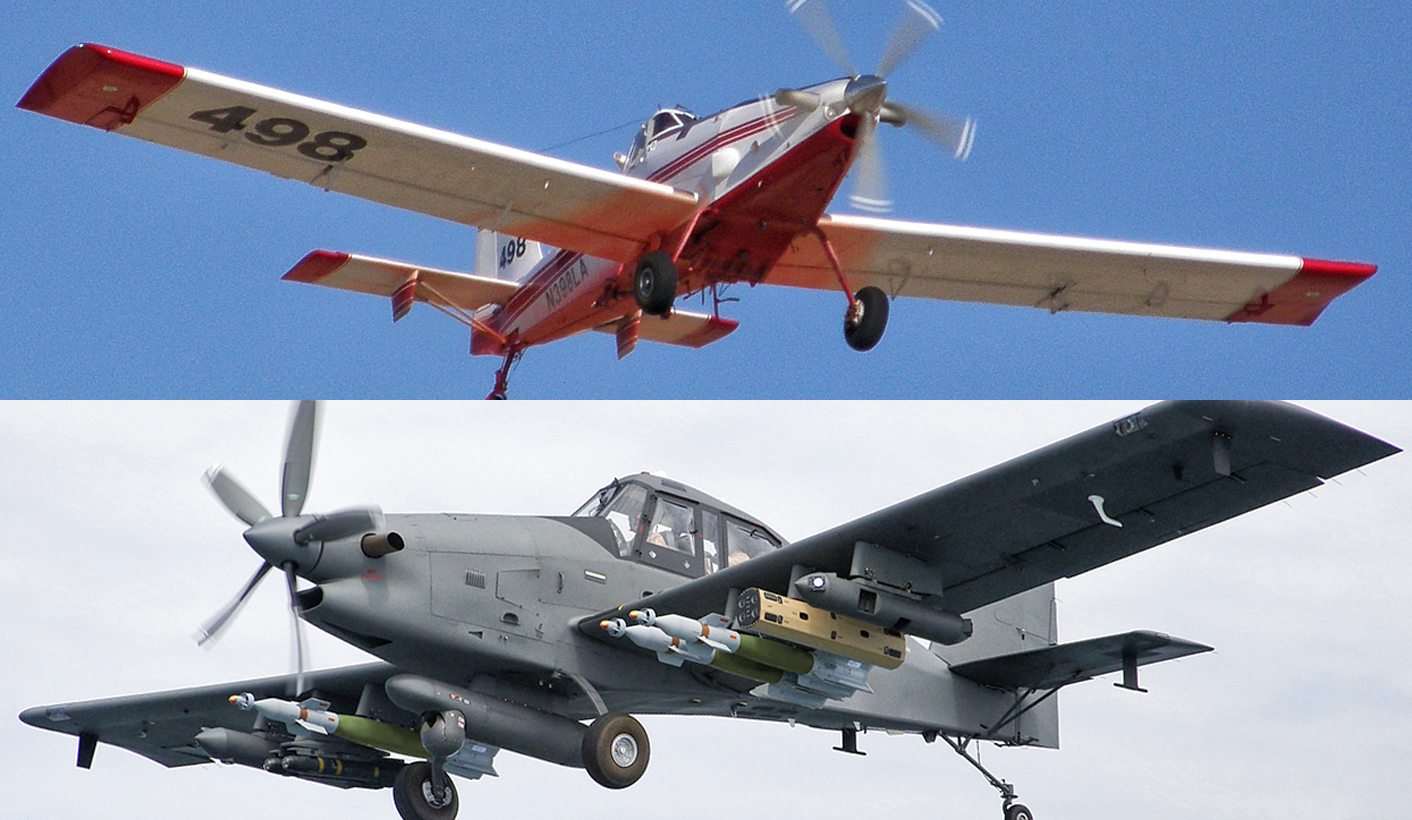 Kenya has ordered $418-million worth of border patrol planes from a US company. It’s the biggest arms deal in Kenyan history, but something doesn’t smell right, according to critics. By NJERI KIMANI and SIMON ALLISON.

On his very last day in office, in January 2017, former US President Barack Obama approved a $418-million sale of border patrol planes to Kenya. This is the biggest arms deal in Kenyan history. The 14 planes, effectively weaponised crop-dusters, are supposed to help Kenya in its fight against Somali militant group al-Shabaab. But before the deal can be finalised, US congressional approval is required. And at least one congressman is not happy.

“My office has received credible allegations of faulty contracting practices, fraud and unfair treatment surrounding this sale,” said Ted Budd, Republican representative for North Carolina’s 13th district. Budd went on to claim that Kenya was paying way over the odds, and that he knew a company that could provide the same planes for just $237-million – around 43% less, or a saving of a staggering $181-million.

Budd is not an entirely impartial observer. Situated in his congressional district is a company called IOMAX, which just happens to make exactly the type of plane that Kenya wants to buy. According to Budd, IOMAX were not given the chance to bid on the Kenyan deal. An IOMAX spokesperson confirmed this in comments to media.

IOMAX makes the Archangel, a combat-proven border patrol craft. And according to Kenya’s Daily Nation, that’s what the Kenyan government thought they were buying. But instead, they ordered the AT-802L Longsword, which is a weaponised agricultural aircraft produced by Air Tractor and major US military contractor L3 Technologies. According to Daily Nation, L3 and Air Tractor misled Kenyan officials, even using photos of the Archangel to seal the deal.

L3 and Air Tractor deny these allegations. “Any allegations questioning L3’s experience producing this equipment or the ‘fairness’ of the process are misinformed or being intentionally perpetuated for competitive reasons,” said an L3 spokesperson.

Congressman Budd’s allegations have whipped up a flurry of interest in Kenya. If there is merit in Budd’s claim that Kenya is massively overpaying for an inferior product, then the Kenyan government is guilty of either gross negligence or corruption on a grand scale. So far, the government has refused to comment on the subject. “We would not want to discuss security procurements but the intention is to strengthen our capabilities, which we cannot disclose to the public,” said spokesperson Eric Kiraithe.

But veteran anti-corruption campaigner John Githongo – who blew the whistle on another major government corruption scandal – said that although no clear evidence of corruption has yet been found, the situation “fails the sniff test” and bears “stark similarities to corruption scandals”.

The questions surrounding the Kenyan arms deal have come at a good time. Although the deal has been approved in principle by both Kenya and the United States’ executive branch, it still needs congressional approval and the contract still needs to be signed. In other words, if the deal really is either corrupt or profiteering, there is still time for Kenya to rip it up and start again.

That’s what both Kenyan opposition and civil society groups are lobbying for.

“A lot of military deals are not normally scrutinised by parliament and hence there is massive theft and looting from the governments involved. Budd’s interest is not to save Kenya the cash involved, but more about getting the deal to his state. But if it saves the country [billions of Kenyan shillings], I’m not complaining,” said Mutemi Kiama, a human rights activist.

Kalonzo Musyoka, Wiper Party boss and a key opposition leader, says the deal reflects the government’s misplaced priorities. “In a country where we are still struggling with famines and inter-clan war, our main focus should be at saving every penny we get to solve the humanitarian crisis accompanied by this unfortunate incidence. It’s a shame that the current government is entangled in this money laundering,” he said. DM