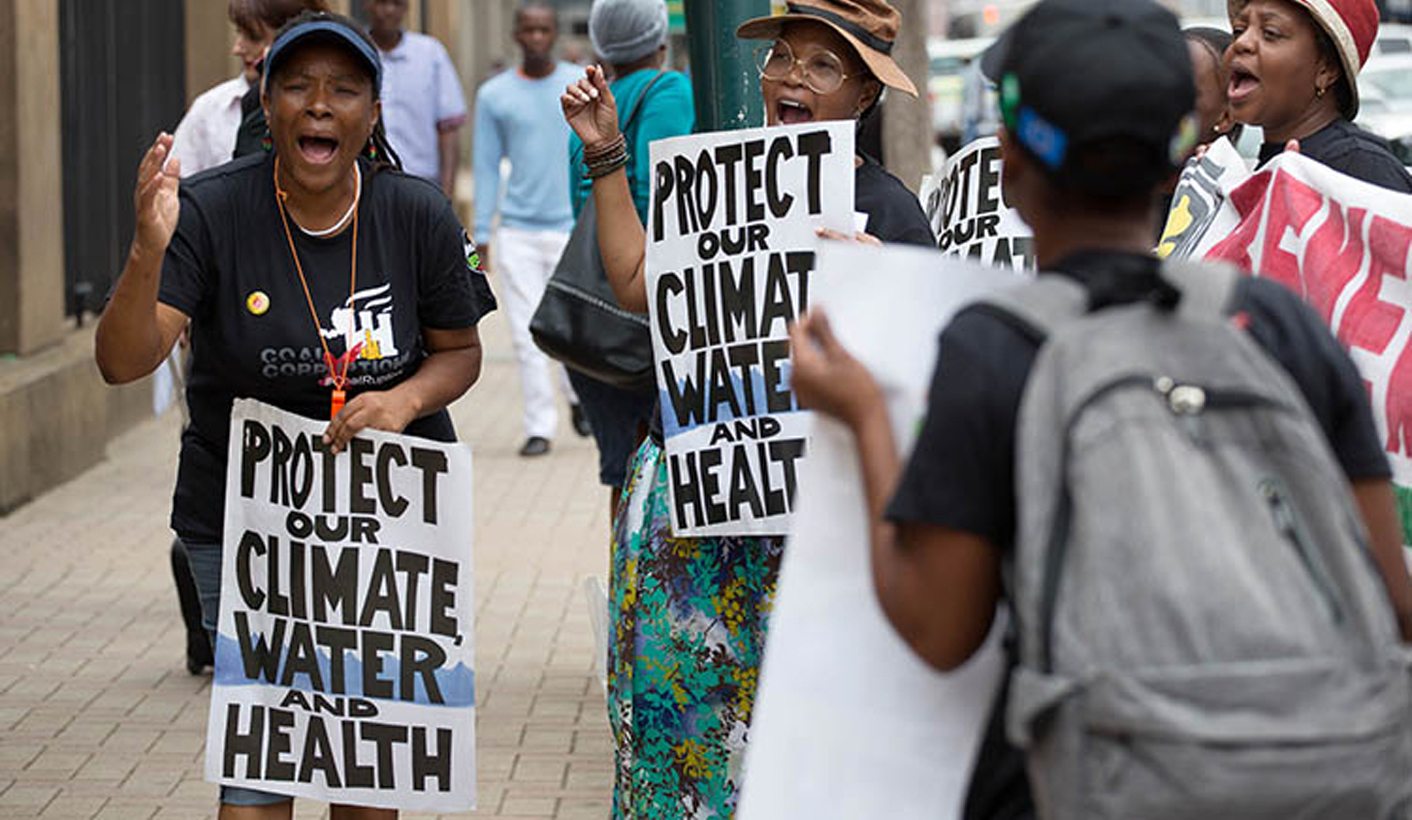 The Department of Environmental Affairs has been told to assess the effects of a proposed coal-fired power station. By Melanie Gosling for GROUNDUP.

The Department of Environmental Affairs erred in granting authorisation for the proposed Thabametsi coal-fired power station in Limpopo without first having established what impact it would have on climate change, the North Gauteng High Court has ruled.

The court also said Environment Minister Edna Molewa, who had recognised this shortcoming, erred by nevertheless upholding her department’s decision rather than overturning it after the public had lodged an appeal.

In what has been called South Africa’s first climate change lawsuit, the court has ordered Molewa to reconstitute the appeal process, and to consider a proper climate change assessment of the proposed power station.

Environmental group Earthlife Africa, which brought the legal action against the minister and her department through the Centre for Environmental Rights, had argued that the climate change impacts of the Thabametsi power station, to be built in the Waterberg in Limpopo, should have been considered before a decision was made to allow it to go ahead. But Environmental Affairs had given it the nod without a climate change assessment.

Judge John Murphy said in his judgment handed down on March 8 that he accepted fully that the department’s decision had been prejudicial because “permission has been granted to build a coal-fired power station which will emit substantial greenhouse gas emissions in an ecologically vulnerable area for 40 years without properly researching the climate change impacts for the area and country as a whole”.

The effects of climate change from rising temperatures, greater water scarcity and the increasing frequency of natural disasters posed a substantial risk to South Africa.

“Short-term needs must be evaluated and weighed against long-term consequences,” Murphy said.

The proposed power station, which will produce 557 megawatts of electricity, is part of the government’s Independent Power Producer Procurement Programme. It is to be built by Exxaro, the largest supplier of coal to Eskom, in partnership with the Japanese Marubeni Corporation and the Korea Electric Power Corporation (Kepco).

The Department of Environmental Affairs had argued that no South African legislation expressly stipulated that a climate change impact assessment must be carried out before environmental authorisation could be granted.

However, Judge Murphy found that this did not mean there was no legal duty on the department to consider climate change in its decision-making. Climate change impacts were “undoubtedly” a relevant consideration under the National Environmental Management Act, he said.

There was also no doubt that when the department had made its decision, it had had scant information about the power station’s impact on climate change, just a single paragraph. On this basis there had indeed been non-compliance with the National Environmental Management Act and the chief director had not applied his mind to the matter, Judge Murphy said.

However, he did not set aside the department’s decision, as Earthlife had asked.

“Although the decision of the chief director (of environmental affairs) was irregular, the essential and most consequential defect was the minister’s treatment of Earthlife’s appeal during the appeal process,” Murphy said.

Environment Affairs spokesman Albi Modise said the department would make a statement once the legal department had studied the judgment. DM

Photo: Activists demonstrate outside the court during the hearing on the Thabametsi coal-fired power station. Photo: CER