Parliament: Prasa board derails just as MPs try to get SOE reform on track 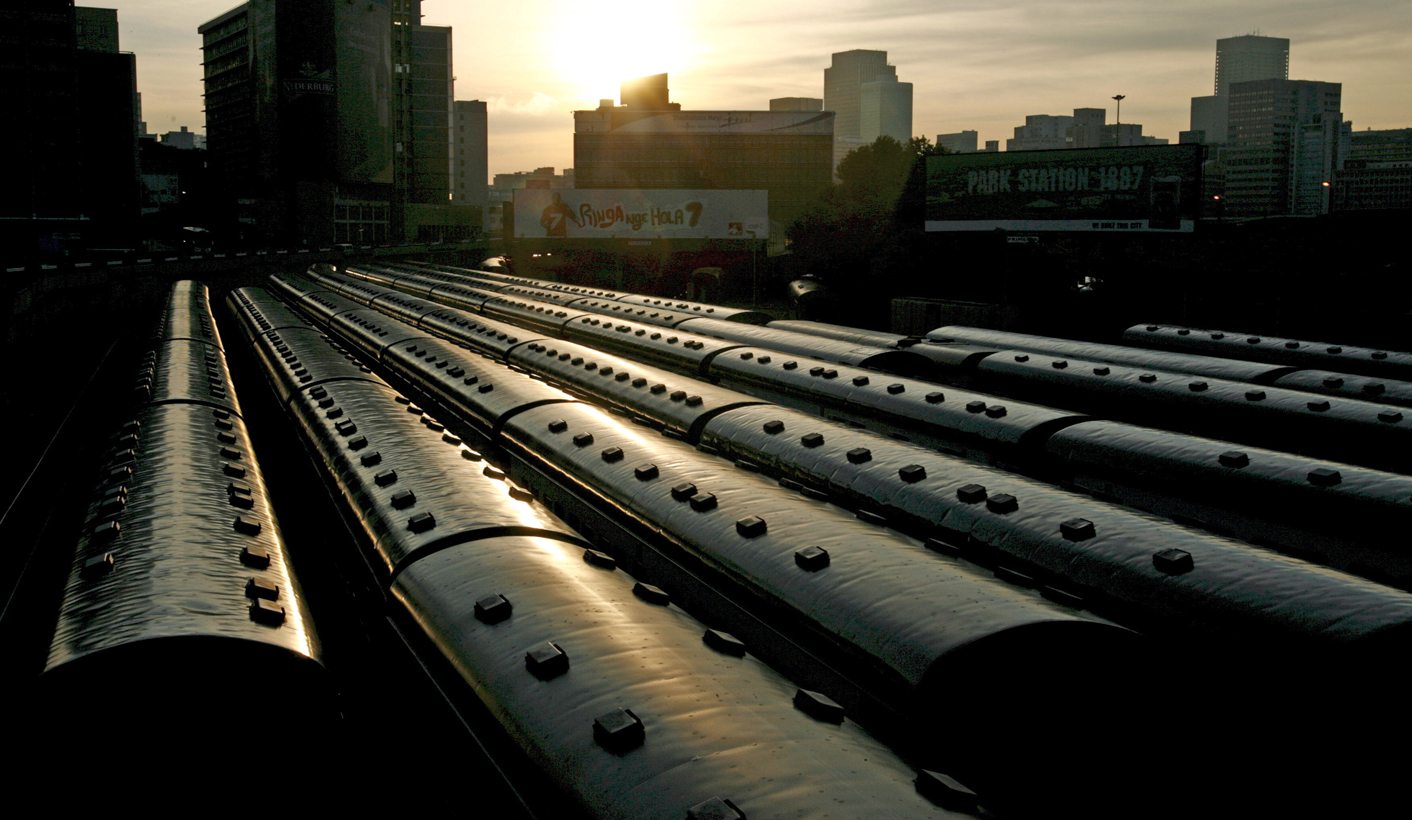 New draft legislation on the management and governance regimen at state-owned entities (SOEs) is expected from April 2017. Parliament’s public enterprises committee on Wednesday was told that a “concept document” goes to Cabinet for approval at the end of March, and a draft Bill would follow. It’s the next step in the much-talked about, long-outstanding reform of SOEs, frequently overshadowed by governance and financial turmoil. As Public Enterprises Minister Lynne Brown told MPs it might not be a smooth ride, she could not have known that the Passenger Rail Authority of South Africa (Prasa) board would be dissolved a little later. By MARIANNE MERTEN.

Public Enterprise Minister Lynne Brown is not responsible for people mover Prasa, although her portfolio includes Transnet, the SOE responsible for moving goods at railways and harbours. It’s Transport Minister Dipuo Peters who’s responsible for Prasa, and it was her decision to dissolve the board for a number of reasons on day two of its tough session with transport committee MPs, who resolved to institute their own inquiry into Prasa irregularities.

To recap: most recently the Prasa board fired its former acting CEO Collins Letsoalo who, according to the Sunday Times, gave himself a 350% pay hike after being deployed from the transport department to the SOE. For the best of the past two years, Prasa was under a shadow of procuring the wrong kind of locomotives. Then CEO Lucky Montana lost his job after a damning 2015 public protector report on corruption and mismanagement.

According to the 2017 Budget Review, SOEs since the 2011/12 financial year have spent R514.4-billion on infrastructure “mostly in energy, transport and logistics”. Over the next three financial years SOEs’ capital expenditure is projected at R432.8-billion, the budget document says.

Tuesday’s twists over Prasa highlight the messiness surrounding South Africa’s 700-plus SOEs under various Cabinet portfolios – regardless of the years of government talk of SOEs’ central role in the developmental state outlined in the National Development Plan. With a key role in procurement, and billions of rand available, SOE board and management positions frequently become proxies for the various permutations of power politicking within the deployees in the ANC government.

It’s been a decade-long road to get even to the point of talking legislation for SOE management and performance.

The ANC 2007 Polokwane national conference resolutions called for a review of state-owned entities, their performance and role in a developmental state. In May 2010 President Jacob Zuma established the presidential SOE review commission. In 2013 it submitted its final report, which was approved by Cabinet in April that year.

In December 2014 an inter-ministerial SOE committee chaired by Deputy President Cyril Ramaphosa was established as the controversy-prone SAA under chairperson Dudu Myeni, also executive chairperson of the JG Zuma Foundation, was transferred from public enterprises to National Treasury. This came amid reported tensions between Brown and Myeni over board changes as the national airline had announced yet another turn-around plan and requested another multibillion rand government guarantee.

In August 2016 government announced it would establish by year-end a presidential SOE co-ordinating committee, effectively giving Zuma direct oversight. The announcement came after that year’s Cabinet lekgotla. The statement said this presidential SOE co-ordinating committee would “provide President Zuma line of sight on strategic decisions and interventions to create (SOEs) that play a transformative role in a capable developmental state”.

In the 2016 State of the Nation Address (SONA), Zuma announced the phasing out of underperforming SOEs. In SONA 2017, there was no word on SOEs, or as they are often called in government-speak, state-owned companies (SOCs).

The 2013 SOE review commission’s 30-odd recommendations include standardised appointment and salary processes across all state-owned entities, a more impactful role in transformation, particularly in procurement, and tighter governance and accountability structures. The commission also recommended that government develop a long-term SOE strategy, including a single piece of legislation to apply to all.

Wednesday’s parliamentary public enterprises committee meeting showed it has now come to this stage – the Shareholder Management Bill is in the making, although details were scarce. “It’s going to take a long time. It will mean the restructuring of SOCs for ever,” said Brown. “I have to convince people.”

And it’s not going to be a move without bumps. “I recently saw a letter from a minister (who) wrote back to me to saying I do not agree with anything of what you are saying,” Brown told MPs, although she did not disclose the identity of that minister.

Aside from the legislative moves, the first steps have been taken, with the Department of Public Service and Administration looking to standardise the process of SOE board appointments.

Yes, there are challenges to financial and operational sustainability, including a swathe of acting top level appointments, as policy decisions also may have an adverse impact on SOEs’ sustainability, the minister said.

Eskom is adversely affected by the push towards green energy, Brown explained, and now has to close down coal-fired power plants, each of which employed an average of 1,500 workers.

This move has angered labour federation Cosatu. On Tuesday it described the closure of the Hendrina, Kriel, Komati, Grootvlei and Camden plants as “not just an arrogant decision, but a hostile act of provocation directed at workers and their unions”.

Ironically, Eskom on average on any given day has spare electricity capacity of 4,000 megawatts despite ratcheting up power exports.

While SAA no longer falls under public enterprises, SA Express still does and remains a “problem child”. Government had to intervene in February to renegotiate loan repayments that were due on February 24, 2017. However, plans are under way to find solutions, which could include a merger and 25% private sector participation, according to Brown.

Denel has written to Brown objecting to the ban of trading by Denel Asia, established as a joint venture with a company linked to associates of the politically connected Gupta family, until National Treasury has approved the joint venture. Brown has approved the deal which, however, also needs the nod from National Treasury under the current legislation. Brown told MPs that Denel, which has posted a R395-million profit, earns 60% of its income from exports, but moves are under way to redirect this focus to cater to South Africa’s military, police, correctional services and National Disaster Management Centre.

State miner Alexkor is hampered by financial constraints – it is now looking to alternative income streams like washing coal – as it is also looking to revise the 85:15 split on diamonds with deep-sea miners, International Mining and Dredging SA (IMDSA), contracted as recently as 2016. Ructions in the Richtersveld land restitution settlement and instability in the community organisations have prevented the payout of R45-million in dividends, or some R15,000 to 3,000 families.

It’s not a dire situation, said Brown. “Eskom is keeping the lights on, Transnet is moving goods… This does not support the narrative that SOCs are a drain to the economy.”

An analysis of these SOEs’ performance showed they “are contributing positively to the South African economy and they are advancing the developmental obligations of the state”. And, the minister added, none of the SOEs had defaulted on their financial commitments.

However, Brown declined to comment on reports, according to Business Day, that SAA spent R21-million on 16 fraud and corruption matters between 2013 and 2016 without ever taking action against anyone. “SAA is not in my portfolio so I can’t speak on it,” she told MPs.

It is that statement that, more than anything else during Tuesday’s two-hour briefing, shed light on the often fraught maneuvering – financially and politically – over SOEs and their billions of rand-deep kitties. DM