ISS Today: Policing is key for Africa’s peace and development 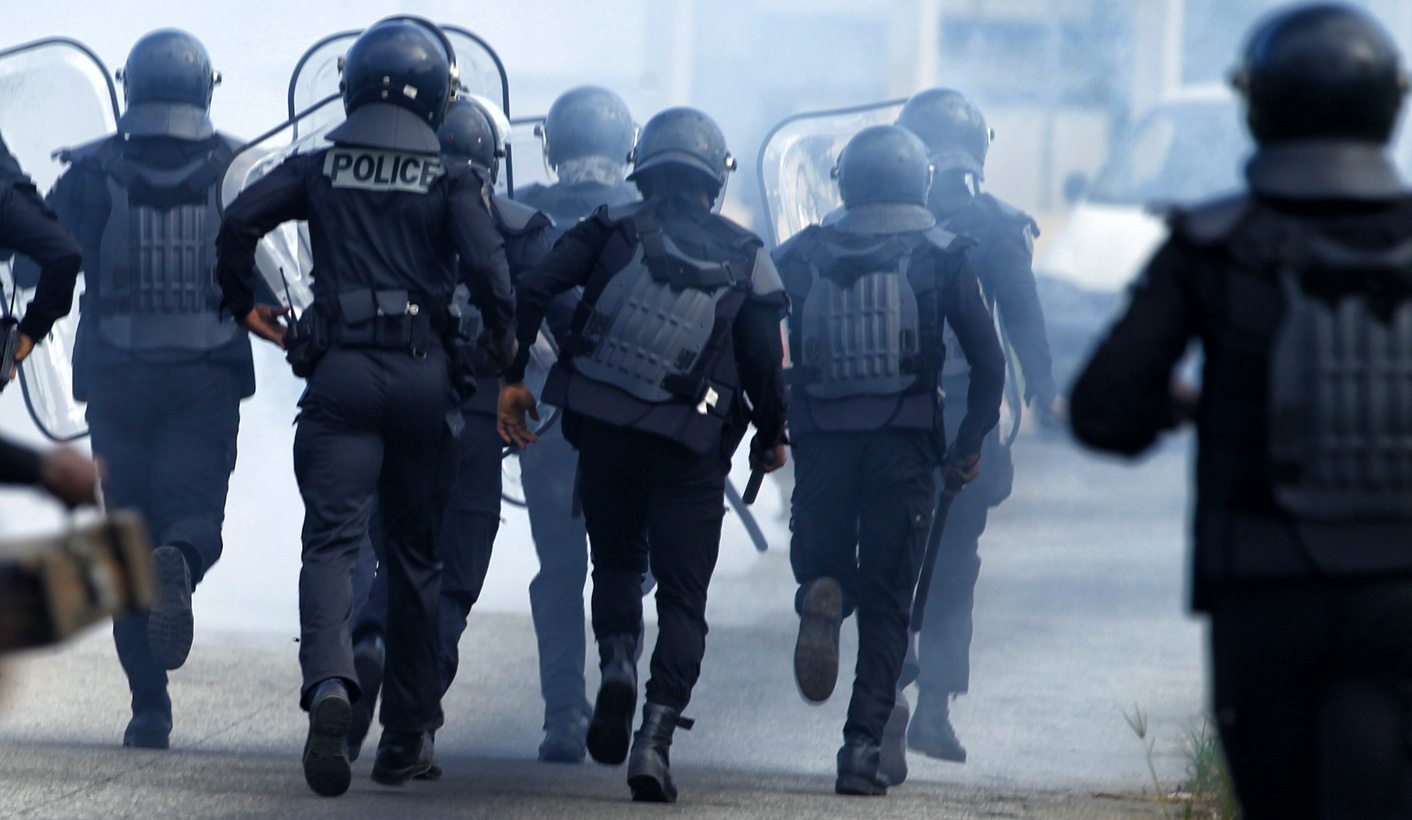 The AU and UN should recognise and use the unique advantages of the police in preventing and recovering from conflict. By Riana Paneras for ISS TODAY.

Since the first peacekeeping operation was established in 1948, the approach to peace operations has evolved dramatically. The focus has shifted from keeping peace between different countries and monitoring conflict, to managing intra-state conflict – which includes aspects such as peacemaking, peace enforcement and peacebuilding.

In tandem with this evolution, the approach changed from being purely military to one that is multi-disciplinary. There has been growing emphasis on the role of policing in establishing not only the rule of law, but also access to justice towards sustainable peace.

When it comes to having policing adequately considered and incorporated in the planning, recommendation and decision-making processes for mission mandates, many challenges remain. The recent appointment of a new United Nations (UN) Secretary General and a new African Union Commission (AUC) chairperson presents a unique opportunity to reinforce the critical role of the police in peace and security.

Deteriorating rule of law and access to justice are often contributing factors in conflict situations, and sometimes a direct result of the conflict. Without these critical services, authorities are unable to provide security and law enforcement. This often leads to terrorist, insurgent and criminal networks, where actors exploit fear and anger over injustice, and portray themselves as patrons or protectors of a community.

An example of this can be seen in Somalia, where al-Shabaab has gained support among communities and “render services” in the absence of relevant government institutions. The situation further provides opportunities for financial gain from illegal cross-border trade and other criminal activities.

This means that dealing with conflict and facilitating sustainable peace should also focus on state-building and post-conflict reconstruction and development; including reform and capacity-building in the security sector. This should include concerted efforts towards reforming the police and other law enforcement institutions – such as was implemented in Sierra Leone, Liberia and Timor Leste, to mention a few.

The High-level Independent Panel on Peace Operations (HIPPO) report and the External Review of the Functions, Structure and Capacity of the UN Police Division of 2015 (known as the Police Review) again emphasised that the police should take “its rightful and political place at the centre of peace, stability and development efforts”.

Implementing the recommendations in these reports in peace support efforts is critical, not only for the UN, but also for the AU. The continental body should take full cognisance of lessons learnt and recommendations in its efforts to improve peace and security matters.

The HIPPO and Police Review reports emphasised the need to move from a purely military approach to sustaining peace with a specific and multi-dimensional focus on security sector reform (SSR), the “justice chain” and rule of law.

This highlights the significance of police reform and development in peace operations and peacebuilding responses towards sustainable peace; and is in alignment with the UN Security Council resolution 2185, which stresses the inclusion of policing as an essential part of peace operations.

Key recommendations include enhancing police organisational structure, staffing and capacity to better meet the new demands and objectives set for the police; as well as the completion of a police strategic guidance framework. It is further recommended that a Police Advisory Committee should be created at a senior and strategic level. The newly appointed Secretary General is in a perfect position to add momentum for establishing these important mechanisms.

Likewise, the new AUC chairperson should be well informed on the current status of the role of the AU Police at strategic and other levels. The AU is in a good position; with relevant policies and guidelines already in place. Various AU documents include implementing instruments and improving institutions to strengthen rule of law, security institutions, access to justice, law enforcement and efforts to address the root causes of conflict in a holistic and systematic manner.

These include the African Peace and Security Architecture (APSA) Roadmap 2016-2020, the AU Post Conflict Reconstruction and Development (PCRD) Policy Framework, the AU Policy on SSR as well as the draft Policy for International Policing in African Union Peace Support Operations and Special Operations.

Even though these documents are available, implementation is still insufficient – and the current AU mechanisms, structures and decision-making processes still do not sufficiently provide for police to be integrated in all aspects of peace and development on the continent.

This includes a lack of a police-specific structure within the AU Special Technical Committee on Defence, Safety and Security.

As a result, attention and focus on policing remain insufficient, as discussions become “military heavy”. The police also lack the capacity to be effectively involved in all relevant mechanisms, and to manage all police-related aspects.

This is also reflected in the structure of the AU Peace Support Operations Division, which consists of 50 staff members – of whom 41 are military officers, seven are civilian and only two are police officers, who attend to policing responsibilities as an ad hoc task in addition to their normal responsibilities.

This imbalance continues to negatively affect the efforts of the AU mission in Somalia, and especially its mandate to “enhance the capacity of Somalia’s Public Safety Institutions” and “to restore effective governance, human rights and rule of law, and ensure service delivery in the recovered areas”.

The small number of approximately 110 individual police officers and two formed police units are stretched in their ability to provide sufficient support to the police in Mogadishu. They also lack the capacity to support the authorities in Somalia by establishing law enforcement capabilities in recovered areas.

Irrespective of military gains, the state remains weak, providing al-Shabaab with an opportunity to exploit the absence of good governance, effective rule of law and security systems in these areas.

In some areas, al-Shabaab has moved back into these territories to gain access and support from local communities, as they are seen to be “providing the only available services and security” to the population in these areas. It is impossible to combat such a group by means of overt warfare only. A comprehensive approach is needed to consolidate security gains and efforts to strengthen the state. To achieve this, policing is crucial.

The AU has made progress in the area of police policy development. However, the absence of an integrated police component at a strategic level is a severe challenge in building police capacity within the AU and the regional economic communities/mechanisms (RECs/RMs) and police contributing countries (PCCs). The AU can also take from the lessons learnt in the establishment of a UN Police Division in 2000, which advises the UN on policing matters in peace support operations and other aspects impacting on good governance.

A positive development was the creation of the AU Police Strategic Support Group (PSSG) in 2014, through which police experts from PCCs and RECs/RMs are involved in establishing standards for international policing in Africa. The technical team of the PSSG is fully functional and has a direct influence on the policy, guidelines and standards that are being finalised for the AU Police. The next challenge the PSSG will address is to obtain the active involvement of the African Chiefs of Police.

Interactions at the diplomatic level indicate that not all members of the AU Peace and Security Council (PSC) are fully cognisant of the critical role and responsibilities of the police in governance and peace operations. Yet another opportunity arises when a new PSC will participate in an integrated socialisation and sensitisation programme, where the roles and responsibilities of police can achieve meaningful attention.

The police are essential role players in the total peace cycle. The AU has several unique opportunities to ensure that its police structures are capacitated and that senior AU decision-makers are well informed of the critical role of the police in peace support operations, as well post-conflict reconstruction and development. Similarly, the UN has to review its decision-making processes to ensure compliance to UNSC resolutions and other policy documents on integration of the police as a key component. DM

Photo: Riot police disperse demonstrators during a protest against a referendum on the adoption of a new constitution that changes contentious rules on presidential eligibility, in Abidjan, Ivory Coast, 20 October 2016. EPA/LEGNAN KOULA