TRAINSPOTTER: Jacob Zuma, and how the state breaks when...

TRAINSPOTTER: Jacob Zuma, and how the state breaks when you’re otherwise occupied 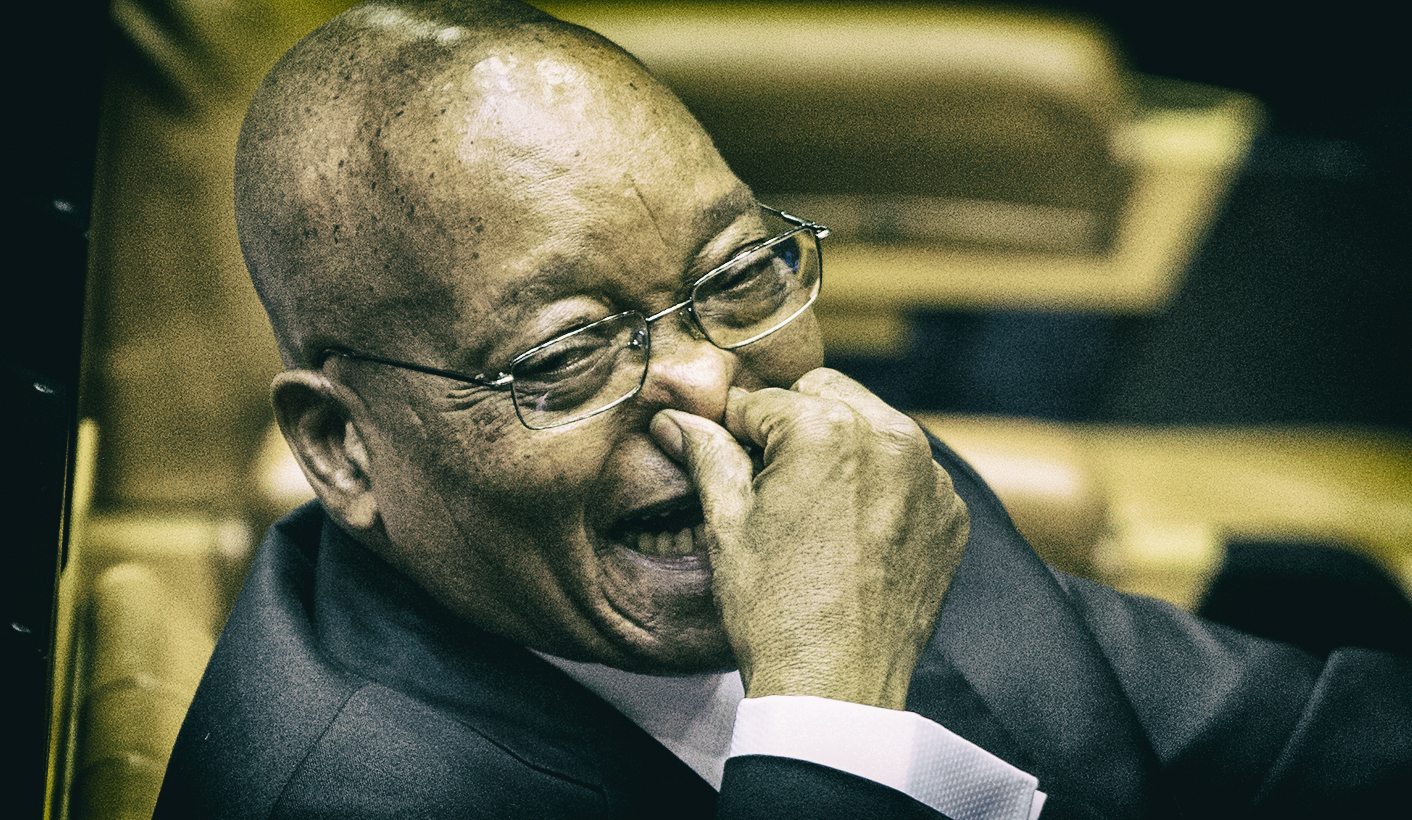 Last week, President Jacob Zuma decided not to suspend National Prosecuting Director Shaun Abrahams, stepped up his Oprah-ish Free Land For Everyone campaign, and watched from the wings as Sassa did everything it could to bungle the delivery of social grants flowing to increasingly desperate millions of South Africans. Under cover of this busy news week, and as Bathabile Dlamini continued to reinvent the meaning of Satan, Zuma helped undermine the state in two critical ways. Neither story got much play, but together they form a vital part of his strategy – chip away at the viability of our governing institutions until the foundation gives way. Which is when Zuma and his henchmen stroll into the Treasury, carrying oversized duffel bags. By RICHARD POPLAK.

You’ve never heard of Thabo Mokoena, but you’re probably familiar with his story. Mokoena is the quintessential Zuma-era deployee, having last week emerged from the secretariat of the Free State legislature to inhabit a fancy corner office in the Department of Mineral Resources. Ace Magashule’s province serves as a sort of meat-grinder for churning out low-level ANC apparatchiks: Mokoena will once again work with Mineral Resources Minister Mosebenzi Zwane, and his Director-General Seipati Dlamini – the latter having served as Zwane’s chief financial officer back when they were looting the Free State’s maligned department of agriculture.

Magashule’s Free State Hogwarts does not graduate public servants with a strong grasp of ethics; Zwane is so bent that he redefines geometry. He and Dlamini did some of their best work in Vrede, Zwane’s old dorpie, where they attempted to funnel between R40-million and R140-million into a dairy project owned by a company called Estina, which just happens to form part of the Gupta empire. That scam earned them a promotion to one of the most important ministries in government, and shortly after being handed his new portfolio, Zwane found himself on a flight to Switzerland, where the mining giant Glencore is headquartered. Once there, he is alleged to have helped lean on Glencore with regard to their Optimum colliery, which a Gupta outfit called Tegeta Exploration and Resources hoped to buy.

This, of course, is the sort of situation the Guptas pay President Zuma to engineer.

And so, Welcome Thabo Mokoena! Why this particular Free Stater? Because he is the usual pliant nonentity that Zuma falls in love with at first sight. The president has a perma hard-on for shitty lawyers – Mokoena earned a law degree at the University of the Western Cape, and has enjoyed an uninspiring legal career, scoring precisely zero accomplishments. Zuma loathes brilliance – Mokoena blew junior spokesperson appointments at both the ANC Youth League and the Young Communist League (gigs, it should be noted, that are virtually impossible to screw up), and faced allegations of nepotism and corruption while managing the Ngwathe Local Municipality.

His arrival leaves Deputy Minister Godfrey Oliphant as the only person in the upper levels of Mineral Resources with even a vague understanding of the mining industry.

This is how Zuma’s ANC works: stuff a portfolio so full of well-behaved ingrates until it channels either information or financial upsides into Nkandla.

But it is not enough to jam up the executive and legislative pillars of the state with mouth-breathers and hench-slaves. There is also the judiciary to contend with. Autocrats usually find this the most laborious part of the state capture process, especially when opposition parties and a free-ish media are there to slow things down. Zuma, however, is more patient than his critics are willing to acknowledge. Late on Friday, he announced that he was exercising his privilege to disappear three members of the Judicial Service Commission. Newly unseconded advocates Dumisa Ntsebeza, Ismael Semenya, and Andiswa Ndoni made the fatal mistake of being good at their jobs, while Zuma wants to appoint advocate Gcina Malindi, a Delmas triallist, to the commission. Malindi is also a long-standing member and former branch chair of the ANC, which in Zumastan makes him uniquely qualified for the position. (Malindi famously broke down in tears while “protecting Zuma’s dignity” when representing the ANC during “The Spear” painting scandal.) The opposition parties see Malindi as a plant.

Stuff the JSC with enough of your people, and there’ll one day be enough judges that see the world much the same way Jacob Zuma does. It’s the sort of back door move that the president engineers on nearly a weekly basis, a move that slowly chips away at the viability of the institutions critical to the functioning of the state. It stalls or damages the careers of (mostly black) experts and professionals, and sends them fleeing into the private sector, or abroad. The South African Revenue Service is about to implode; the South African Social Services Agency has just lost its director-general, Zane Dangor, and basically has imploded. Week after week, critical agencies are gutted of responsible adults, and a Zuma plant replaces them, or the position is left unmanned, sometimes for years. Just have a look at how many officials are in acting positions under Zuma’s rule. It’s a grim attempt to turn the bureaucracy into a mausoleum.

As a strategy, it’s remarkably effective.

Even the president’s worthwhile policy positions are feints: last week, Zuma urged the ANC to take seriously the issue of land, and to introduce as law expropriation without compensation (whatever that means). Unfortunately, this is a Bell Pottinger-induced talking point, a means of putting pressure on his foes in the “social democratic” faction in the ANC.

Jacob Zuma has served as deputy president and president of both the ANC and the country for over a decade – suddenly he’s concerned about the land?

He’s not. As ever, he’s trying to break things rather than make things. And this is his pincer move: destroy the pillars of the state, while ramping up the calorie-free populism. And just in case you missed the implications, Zuma may be down, but he is not out.

There is not much left for him to ruin; if he gets his way, there’ll be nothing left to fix. DM

Photo: South African President Jacob Zuma reacts before replying to the debate about his State Of The Nation Address (SONA) in the parliament in Cape Town, South Africa, 16 February 2017. EPA/NIC BOTHMA