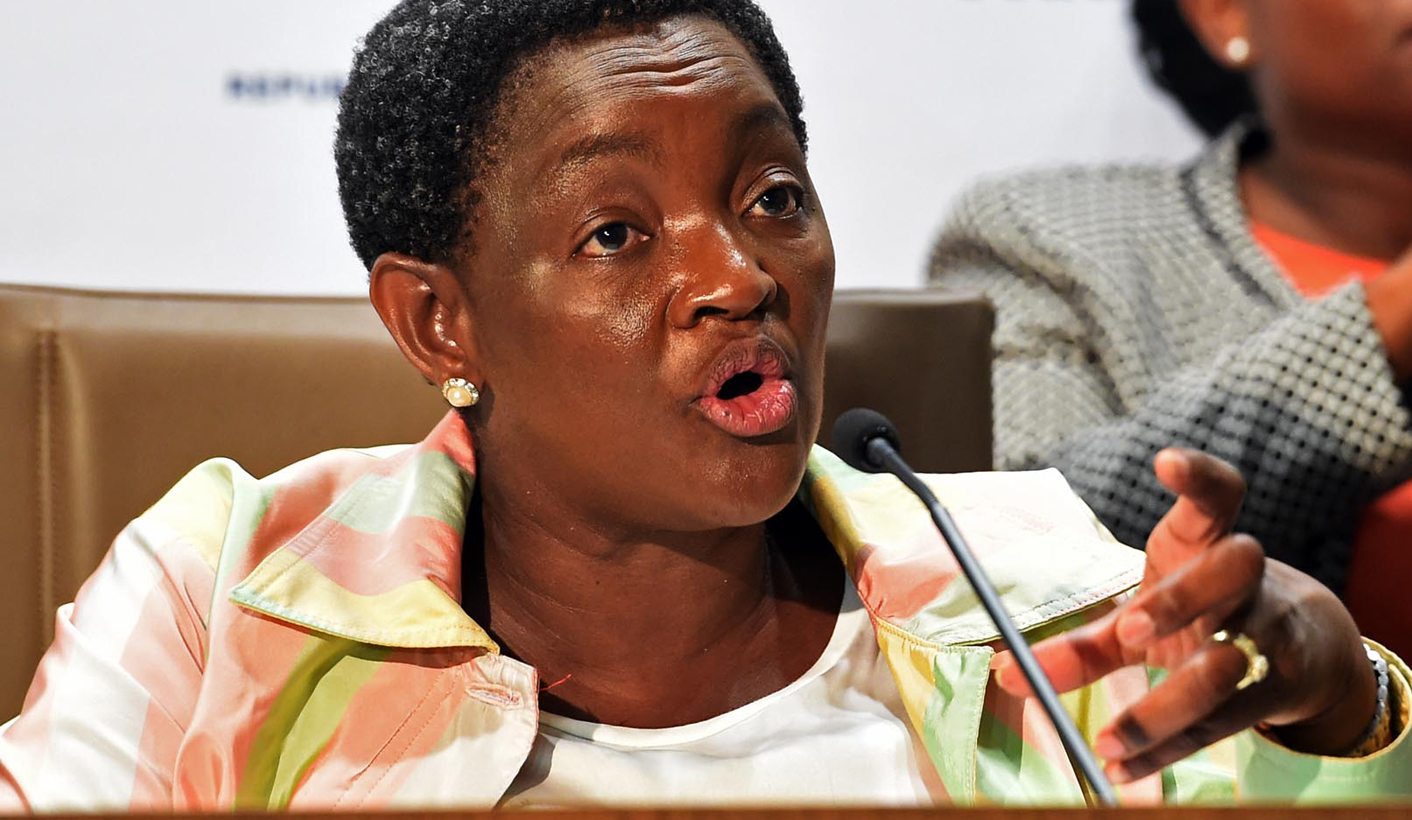 As the SA Social Security Agency (Sassa) struggles to explain how 17-million people will receive their social grants in April, Cosatu on Thursday said Social Development Minister Bathabile Dlamini should resign or be dismissed. The trade union federation was, however, careful not to give away too much on the factional battles in the alliance ahead of ANC elections later in the year. By GREG NICOLSON.

Cosatu General Secretary Bheki Ntshalintshali was clear on Thursday. Minister Dlamini and Sassa’s failure to find a service provider to deliver social grants and her desire to extend an illegal contract with Cash Paymaster Services (CPS) reeked of corruption and she and her team should resign or be axed.

“The fact that they did not tender properly for two years comes to one conclusion for us,” said Ntshalintshali. He said the crisis appeared to be “deliberately made up to achieve a particular goal” – extending the contract with CPS, owned by Net1 UEPS.

Cosatu was briefing the media after the first meeting of its Central Executive Committee (CEC) for 2017. Dlamini has been widely criticised in Parliament, by opposition parties and civil society for failing to secure a service provider to deliver grants after the Constitutional Court in 2014 ruled the CPS contract invalid. If the department fails to find a solution, the 17-million people who rely on social grants won’t get paid on 1 April.

“It’s not an easy call to make. For any person to resign you have to provide reasons and have to paint a history,” said Ntshalintshali on calling for Dlamini’s head. “It’s not just about grievances, because we disagree with somebody on a particular point. It’s about a history of what we regard to be not working with ethics, not doing what you’re supposed to do,” he added. Cosatu last year called for Mineral Resources Minister Mosebenzi Zwane to be fired, but the federation apparently had a change of heart, and was glad on Thursday about Zwane agreeing to hold an inquiry into the Lily Mine tragedy.

Cosatu appealed to President Jacob Zuma to intervene. “This is not just an administrative bungling but it is a political own goal that smells of corruption,” said a statement from the CEC. On Wednesday, Zuma summoned the department of social development’s director-general Zane Dangor to a meeting. Minister in the Presidency Jeff Radebe on Thursday said Cabinet didn’t discuss the Sassa crisis at its meeting this week but will hold a special meeting on the matter next week.

Sassa and the department have been in discussions with CPS to extend the contract, but it? unlikely Treasury would approve the deal unless the Constitutional Court gave the green light. Business Day has reported that Net1 UEPS’s share price rose to a 12-month high this week on expectations that CPS could make as much as R3-billion if the contract is extended.

Cosatu leaders on Thursday spoke on some of the issues of factionalism with its alliance partner, the ANC, but they were careful not to wade too deeply. “The CEC made it clear that the future of the alliance is dependent on the tolerance levels within it, but if the principles have to be sacrificed to maintain the alliance’s life, then it ceases to be of any significance,” said the CEC.

Cosatu has backed Deputy President Cyril Ramaphosa to take over from Zuma at the ANC’s December elective conference. “Let’s indeed accept that work is happening on the ground. There is no clear programme on that level within Cosatu,” said Cosatu President Sidumo Dlamini. He recognised that campaigning is occurring but claimed Cosatu as yet is not implementing a programme to push Ramaphosa.

On Brian Molefe’s appointment as a Member of Parliament, Cosatu continued to “register its disappointment”.

“He still needs to account on why he resigned and when he is responding to the allegations of corruption during his term as the CEO of Eskom,” it said.

Ntshalintshali said those calling for Finance Minister Pravin Gordhan to resign hadn’t offered any valid reasons for removing him.

Much of Cosatu’s statement focused on the need to transform South Africa’s economy and the federation welcomed the ANC and Zuma’s recent re-embrace of radical economic transformation. Like the SACP this weekend, however, it quoted from the ANC’s 1969 Morogoro strategy and tactics document warning of fake revolutionaries only trying to benefit elites.

Asked about Cosatu’s discussion last year on the National Health and Allied Workers’ Union’s (Nehawu) call for Zuma to resign, Dlamini said the CEC rejected the idea, but he wouldn’t discuss which unions had supported it in discussions. DM