What’s the beef? Kenya’s cattle wars spiral out of...

What’s the beef? Kenya’s cattle wars spiral out of control 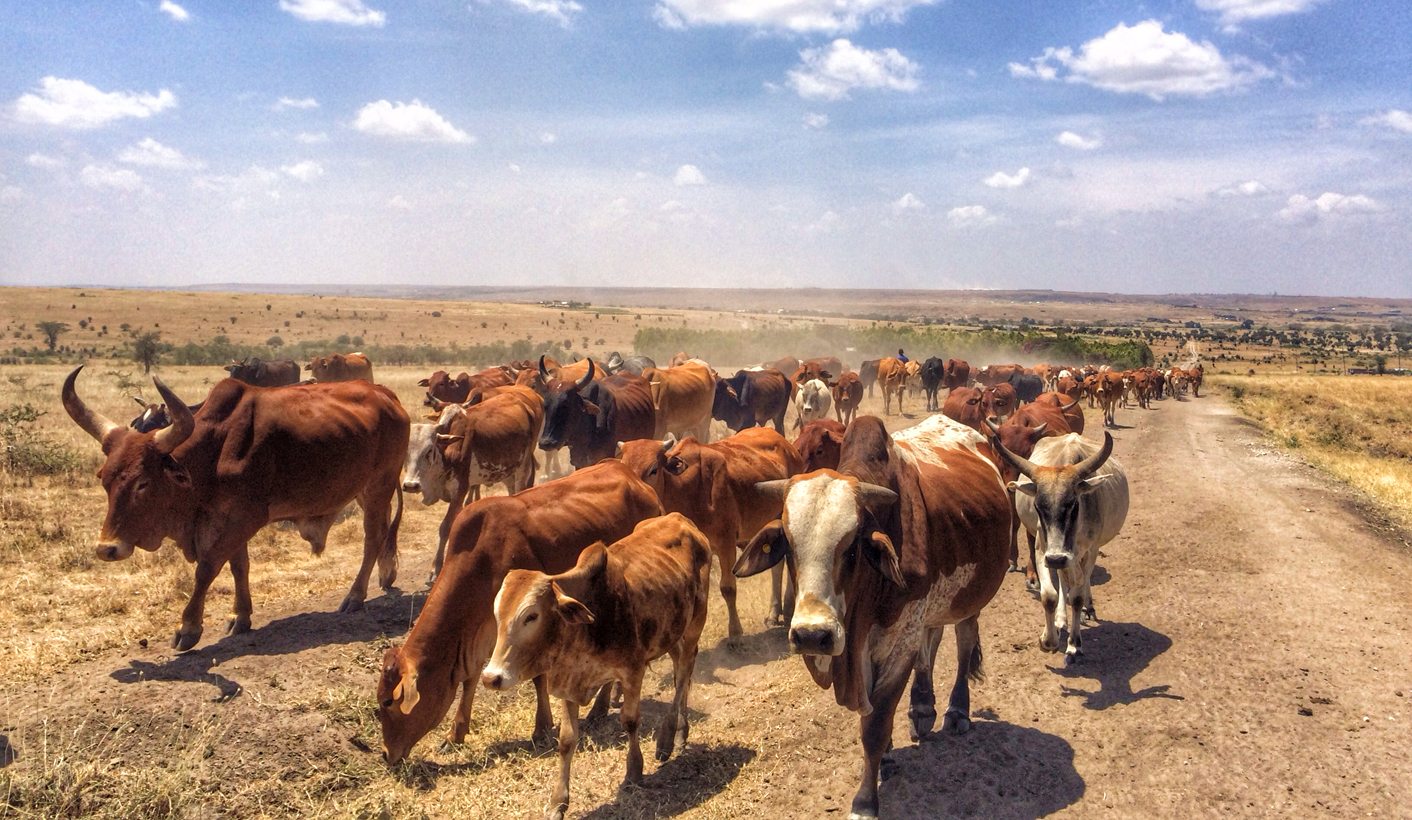 Cattle theft is not a new phenomenon in Kenya’s Baringo County, where cows are a vital source of wealth and prestige. But ahead of the country’s presidential election, violence connected to cattle-rustling is getting worse than ever. By NJERI KIMANI.

Baringo County, on the northern edge of Kenya’s Rift Valley, is a dangerous place for cows – and, increasingly, humans.

At least 10 people were murdered over the last week, and another 4,000 displaced, in an outbreak of violence linked to the area’s powerful and politically connected cattle-rustling gangs. The looming spectre of Kenya’s hotly contested elections, scheduled for August 8, is exacerbating tensions.

The highest-profile recent victims were Kibet Cheretei, a member of the county assembly, and Pepee Kitambaa, an aspiring member of parliament, who were shot dead in a nightclub in what appeared to be a targeted assassination.

Things have got so bad in the county that police have declared it unsafe and insecure, while the Kenya Red Cross Society (KRCS) temporarily withdrew all its staff and volunteers over concerns for their safety, suspending much-needed humanitarian aid in the process.

“It is with a heavy heart that the Kenya Red Cross Society announces the suspension of our activities in Baringo County, as we can no longer guarantee the safety of our staff, volunteers and resources,” said KRCS boss Abbas Gullet, following an attack on seven Red Cross vehicles transporting food aid to a neighbouring region. The Red Cross only agreed to resume operations on Tuesday, following negotiations with county leaders, clergy and elders.

In other incidents, a speech by Deputy President William Ruto was interrupted when armed bandits shot into the air while he was speaking; and Asman Kamama, a member of parliament, was nearly killed by an arrow allegedly shot by an angry Pokot tribesman. Ruto has subsequently issued police with a “shoot to kill” order for anyone caught stealing livestock.

Cattle-rustling in Baringo is not a new phenomenon. Cows are valuable assets, providing an important source of wealth and prestige, and have long been targeted by thieves. But these attacks have become more frequent and more deadly in recent years, fuelled in part by increasingly easy access to illegal weapons such as AK47 and G3 rifles that slip over the border from Somalia.

In 2014, an IRIN report established that 580 people had died at the hands of cattle rustlers since the attacks started in earnest in 2005. However, a source at the Kenya Anti-Stock Theft Department told Daily Maverick that the current death toll was even higher, estimating it at 742. “The highest number of victims have been young children and women who are often speared to death or set ablaze in their sleep when the raids occur,” said the source, claiming that the government sought to downplay casualties.

The latest outbreak of violence is thought to be connected to the upcoming general election, with some politicians accused of using their links to cattle-rustling gangs to fund their campaigns or intimidate opponents. “Cattle rustling remains a big business done by prominent politicians, and the killers on the ground are working to fund their masters,” said Leonard Yator, a political analyst.

Many residents of the area agree with this interpretation. “Why is it challenging for the government to arrest the culprits? Could it be because they are senior personalities who are funding the party?” said Benjamin Kigen, a Baringo local.

Josphat Nanok, the governor of the neighbouring Turkana County, also argues that the violence is politically motivated. “It has been highly commercialised and politicians are using it to create support zones for themselves. That is why the raids are rampant towards the elections,” he said.

There are other theories, however. The area is rich in mineral resources, including rubies, iron ore, gold, manganese and fluorspar, but accessing this underground wealth is complicated by the people living above it. Maina Ndegwa, a civil society activist, claims that the violence is designed to displace local communities so that mining companies can start exploiting the area. “There are businessmen targeting to mine geothermal, and the community living there sits on the resources,” said Ndegwa.

Whatever the reason for the sudden surge in violence, it’s clear that the government is unable to control the situation. Or, perhaps, unwilling.

“People are being slaughtered mercilessly yet the government has enough machinery to curb the violence being witnessed,” said human rights activist Kipruto Kimosop, blaming the government for failing to take the issue seriously. DM

Photo of Kenyan cattle by Jeff Turner via Flickr