Op-Ed: The bureaucratisation of politicians in Lesotho 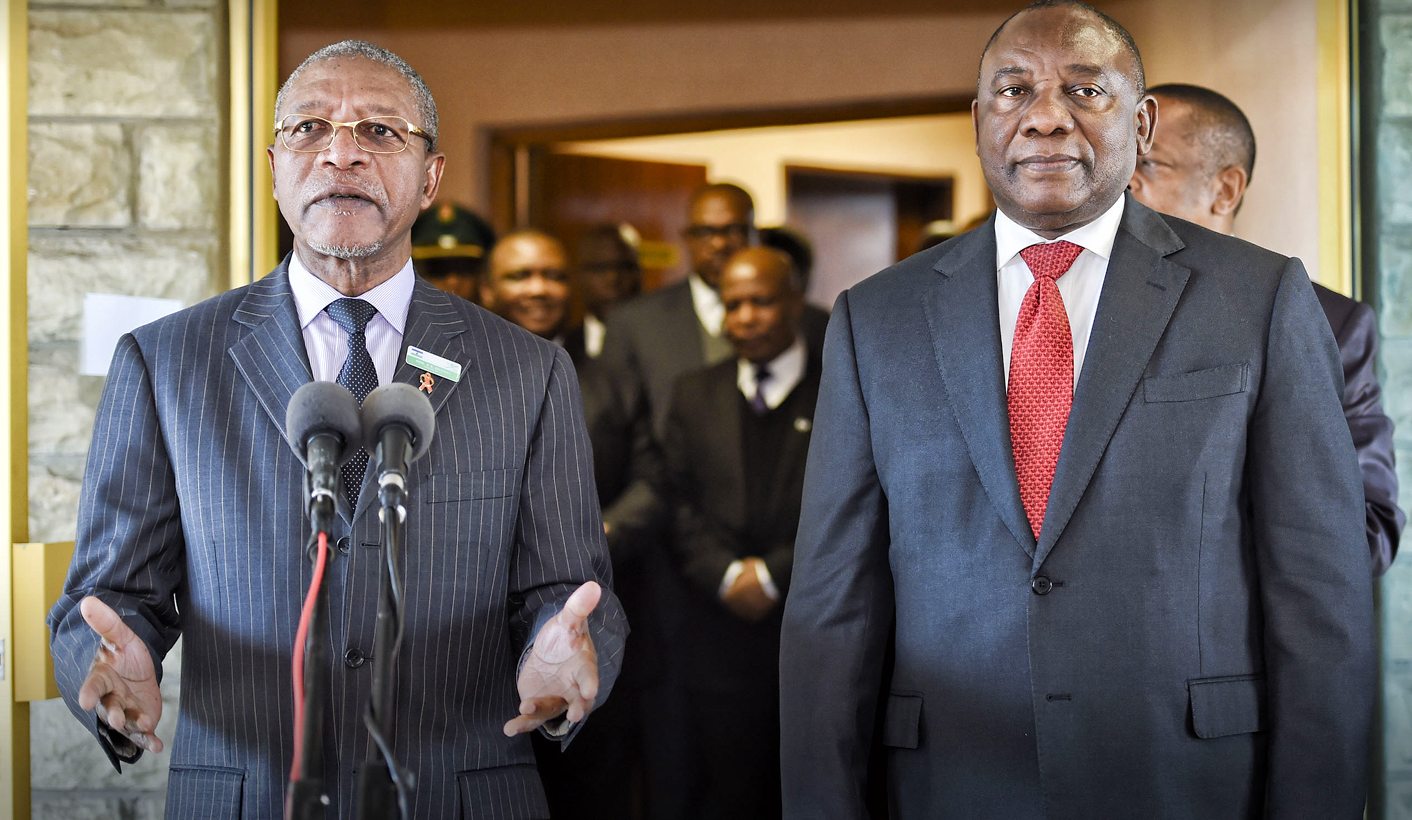 Politically tense times, and the gunshots that accompany them, are growing more routine in Lesotho as it faces snap elections that are likely to lead its second coalition government – like its first – to an early demise. By CHARLES FOGELMAN.

Those deeper problems relate to the policymaking process in Lesotho. While there is a vociferous and vibrant culture of political opposition in Lesotho, that opposition is rarely about specific policies. Policy in Lesotho is often dictated by forces from outside the country – among them foreign governments, development agencies, and regional co-operation bodies – leaving even Lesotho’s top politicians relatively powerless. Analysts often reduce political opposition to “the power of personality” in Lesotho, but there is a logic to this personality-driven opposition. When much of the country’s policy is effectively determined in embassies or overseas, politicians are left with few ways to distinguish themselves outside of personality. The outsized importance of foreign states and agencies leaves little room for substantive political disagreement.

The political powers of those outside Lesotho serve as a direct limitation on the powers and sovereignty of elected officials in Lesotho. In 2013, nearly 12% of Lesotho’s gross national income came in the form of overseas development assistance. Several legislative changes have been spearheaded by the US government and its development arms. Electoral policy and military personnel decisions have been driven by SADC. From a labour perspective, a piece of US legislation, the African Growth and Opportunity Act, is directly responsible for at least 30,000 textile jobs in Lesotho. With only one border, the country is already in a compromised position, with many of its policy options constrained by its reliance on access to South African imports and the South African labour market. These constraints mean that elected Basotho politicians’ policymaking role has been usurped, and they serve an increasingly bureaucratic role.

When politicians are effectively bureaucrats, what else is there to fight over but “personality”, party succession, and the right to control government tenders? Policy is in the hands of people in Washington, Brussels, Beijing, or Cape Town who have never been to Lesotho before. These outsiders make decisions that employ tens of thousands of vulnerable Basotho, that dictate health policy, education, or that reform land tenure. Their policies often come with further rules, like conditionalities about “good governance” or “economic freedom” that further limit Lesotho’s internal policy options.

Lesotho, a country of two-million, is now home to 27 political parties. Only a handful of the many parties wield real power; just four parties hold more than one seat in the 120-member National Assembly. Despite the already fractious environment, political parties continue to splinter. Both of the newest parties trace their roots back to the Basotho Congress Party (BCP), which held every seat in Parliament when it began to break apart in 1997. In fact, of the 10 parties that won seats in Lesotho’s 2015 general elections, six were formed by splits from the BCP.

In the 20 years since the BCP began to fragment, BCP breakaways have done little to clearly differentiate themselves from one another. The fundamental policy differences (if any) from one party to the next are rarely made explicit, and only articulated in vague platitudes about “genuine challenges facing this country” or “maladministration of the party and government”, but the specific challenges or examples of maladministration go unstated.

Should elections be called, the most likely post-election scenario is a coalition between the parties of Former PM Tom Thabane and Monyane Moleleki, both erstwhile BCP members. Thabane and Moleleki were adversaries as recently as last year, but they have now joined forces against a common enemy – the incumbent coalition, led by a pair of BCP breakaway parties. The relationships among coalition parties are instrumental, rather than ideological.

Squabbles over leadership, like the above, are rarely about substantive political differences, but they produce real outcomes. Soldiers, security guards, musicians, and unlucky civilians have all been killed because of the ongoing political tensions. Assassination attempts, civilian casualties, and even attempted coups are nothing new to Lesotho; in times of tension between political parties, gunshots are distressingly common.

Politically tense times, and the gunshots that accompany them, are growing more routine in Lesotho. The 2012 general election produced no majority party, and Thabane’s coalition was dogged by infighting and an inability to control the security forces. Thabane’s government fell in 2015, in elections brokered by SADC’s negotiator, Cyril Ramaphosa. The replacement government, another coalition, appears to be on its last legs now. Should the will and the funding be found for a new election, it will again be brokered by SADC and Ramaphosa.

Ramaphosa and SADC’s claims on the political process in Lesotho mirror the many other claims that outsiders make within the Mountain Kingdom. None of this is to say that SADC, the US, or the EU are malicious politicians in Lesotho. In fact, they may not even be witting ones. Their policy claims fly under the vague banners of “poverty reduction”, “good governance”, and other technocratic terms, but they never position themselves as true political actors. This despite the fact that more and more political problems are being rendered technical as they are “solved” by outsiders, and the jobs of all of Lesotho’s government officials, even the top politicians, are made increasingly bureaucratic.

There is little room for a vigorous opposition to develop in this climate; what exactly is there for an opposition to oppose? An instructive example is Land Act 2010, a piece of broadly unpopular legislation, opposed by all major parties, which passed through Parliament when the US made a $20-million grant contingent on its passage. In a context where much of Lesotho’s policy is settled before it crosses the Mohokare (Caledon) River, it is little wonder that the political process takes the form of personality battles. Politicians are less the leaders of a movement than they are elected bureaucrats, empowered only to distribute and execute policies that were determined thousands of miles away. DM