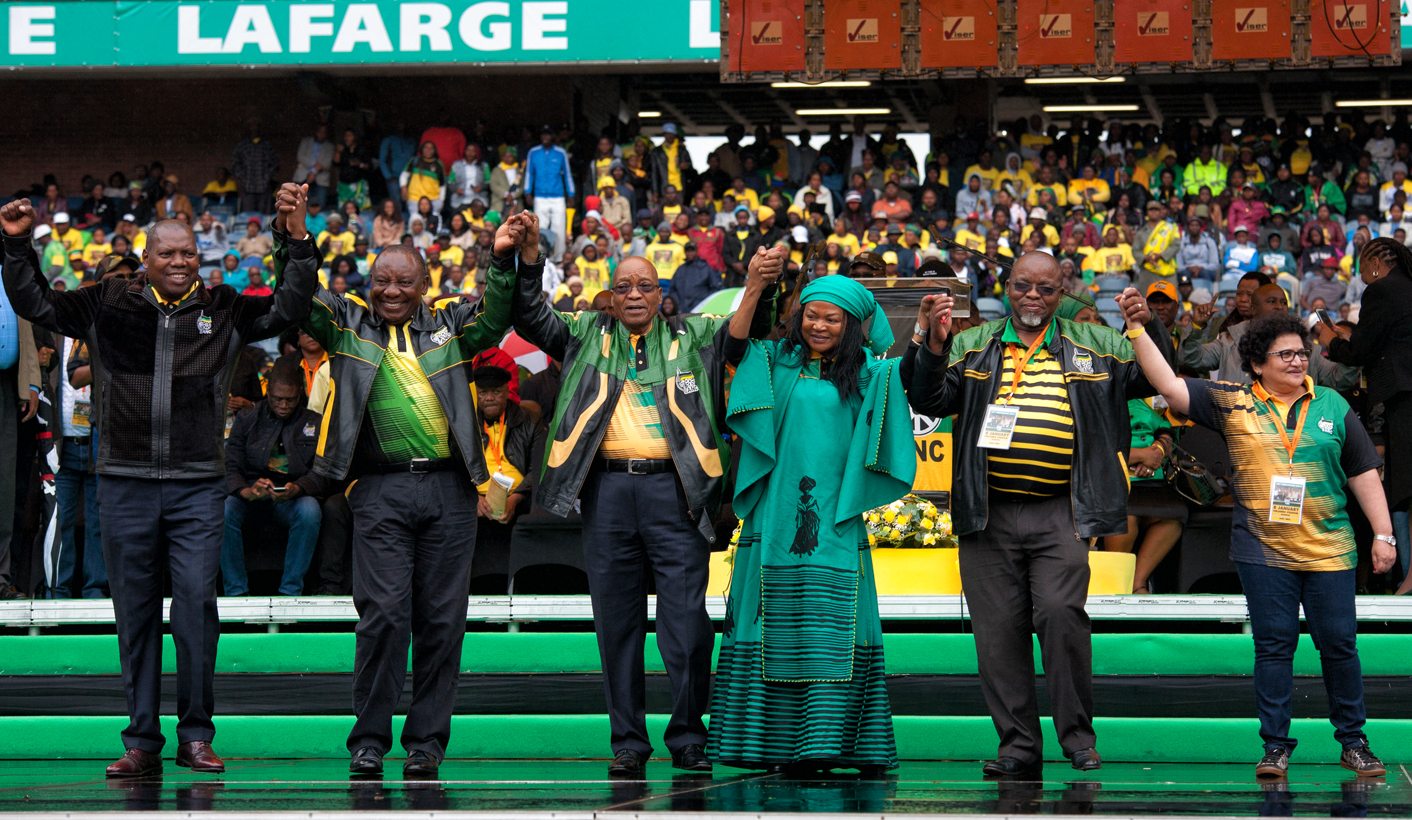 If there is an iota of leadership will left to restore and preserve the image of the ANC, allegations of corruption and its concomitant public opinions should be respected. Anything less remains an own goal for opposition parties to gain maximum political mileage during the 2019 National Government Elections. By DAVID KA-NDYALVAN.

The 2019 South African National Government Elections are upon us. And if the August 2016 Local Government Elections results are anything to go by, the looming national elections would become the most contested since the advent of democracy with opposition parties’ ambitions emboldened by their performance vis-à-vis the dismal showing of the oldest liberation movement in Africa.

The victory of the opposition parties in local government elections was dubbed a wake-up call based on the fact that the ANC leadership was comfortable in its own skin and nobody ever imagined the loss of power in three biggest metros (Tshwane, City of Johannesburg and Nelson Mandela Metro) which used to be the ANC strongholds by virtue of its liberation pedigree.

Truth be told, some outside of the elected leadership of the ANC such as Archbishop Desmond Tutu, Reverend Frank Chikane, Trevor Manuel, Mathews Phosa, Sipho Pityana and many more loyal supporters have raised and continue to raise concerns regarding the image crisis and reputational damage of the ANC only to earn unmitigated vitriolic epithets and vicious attacks from the ANC leadership and its leagues. They were called “counter- revolutionaries”. But I guess, they too, never expected the humiliating loss to come so soon.

The subsequent introspection for poor performance during local government elections squarely apportioned blame to arrogance of power, tolerance to corruption and social distance to the masses. During the National Executive Committee (NEC) Meeting held weeks after the announcement of the results, among other things to assess the performance of the ANC, the NEC took a collective responsibility for the poor performance of the ANC. As such, there were calls for en masse resignation of NEC members. Conscious and altruistic leaders like Jackson Mthembu, who is the ANC Chief Whip in Parliament and Secretary-General Gwede Mantashe echoed the sentiment for the resignation of NEC members only to be rebuked by errant ANC Youth League leadership members under the command of the imbecile Collen “Oros” Maine. And some rented and factional youth members contemptuously referred to our seasoned and frank Comrade Jackson as “Jack Daniels” in an idiotic attempt to undermine his character.

Amid the high rate of youth unemployment and other psycho-social challenges, notable drug abuse, spewing bile and hurling insults at the elders of the ANC is what consumes our current youth league leadership rather than advancing revolutionary programmes to ensure radical improvement on the lives of the youth of South Africa. This will remain impossible as long as they are so much involved in personal battles for material conditions in the mother body. Unfortunately, this makes them “Gucci revolutionaries” and is not helping to inspire youth confidence to the ANC.

After the so much publicised “serious introspection” within the ANC, even a commoner would have expected all structures of the ANC and its Tripartite Alliance to work earnestly towards repairing reputational damage which led to a significant decline of the election results. However, the continued unjustified zealous attacks and insinuations that Pravin Gordhan, a Comrade with revolutionary Struggle credentials under his belt, is a stumbling block to radical economic transformation do not only fuel public perception of a concerted effort by a greedy cabal to discredit Gordhan until he is replaced by a pliable lackey who would allow access to a public purse for self-enrichment, but also continue to perpetuate perceptions of an appetite for corruption in the ANC.

This downright desperation for access to National Treasury was displayed over the weekend (February 24-26, 2017) during the elective conference of the KZN provincial youth leadership which was not finished without calls for President Jacob Zuma to replace Gordhan as the Minister of Finance. The imbecile “Oros” Maine was not to be outshone by his peers in a rat race to impress their handlers as he went to an extent of labeling the honourable minister an “impimpi” who deserves to be necklaced like traitors during apartheid era. This is not only a shameful thinking, but also a measure of the deepest levels of poor political clarity and consciousness among our youth leadership.

One would be excused to believe that, like its leagues, the ANC leadership too has a mission to erode public confidence to none. How on earth, if leadership still cares about the image and reputation of the ANC, would go out of its way to endorse the appointment of Brian Molefe as an honorable member of Parliament despite the fact that his name is implicated in the Public Protector’s state of capture report for corrupt relationship with the infamous Gupta family? Amid this cloud hanging over his head, Molefe took a principled and honorable decision by resigning as Eskom CEO with a view to allow him time to clear his name.

Like Molefe, had the ANC leadership ever thought that his appointment is in sharp contrast with the principle of good governance and its own resolution that comrades should voluntary leave their positions while investigations or cases against them are being pursued? Brian Molefe knew that he needed to clear his name before assuming any leadership role for his sake and the image of the ANC, especially where there is an “oath of office”.

But no, my ANC leadership had a different view which did not only serve to plunge the ANC further into image crisis, but also undermined the skills depth in the movement. Is the ANC faced with skills famine that it is prepared against all odds to force an individual surrounded with controversy to be its public face in parliament? Is the ANC naive to the fact that election results are shaped by public opinions and in the court of public opinion the principle of “innocent until proven guilty” becomes “guilty until proven innocent”? If there is an iota of leadership will left to restore and preserve the image of the ANC, allegations of corruption and its concomitant public opinions should be respected. Anything less, remains an own goal for opposition parties to gain maximum political mileage during 2019 National Government Elections. DM

Ka-Ndyalvan is an ANC member at Akaso Branch and he writes in his personal capacity.