Malema: If you see a beautiful piece of land, take it

Malema: If you see a beautiful piece of land, take it 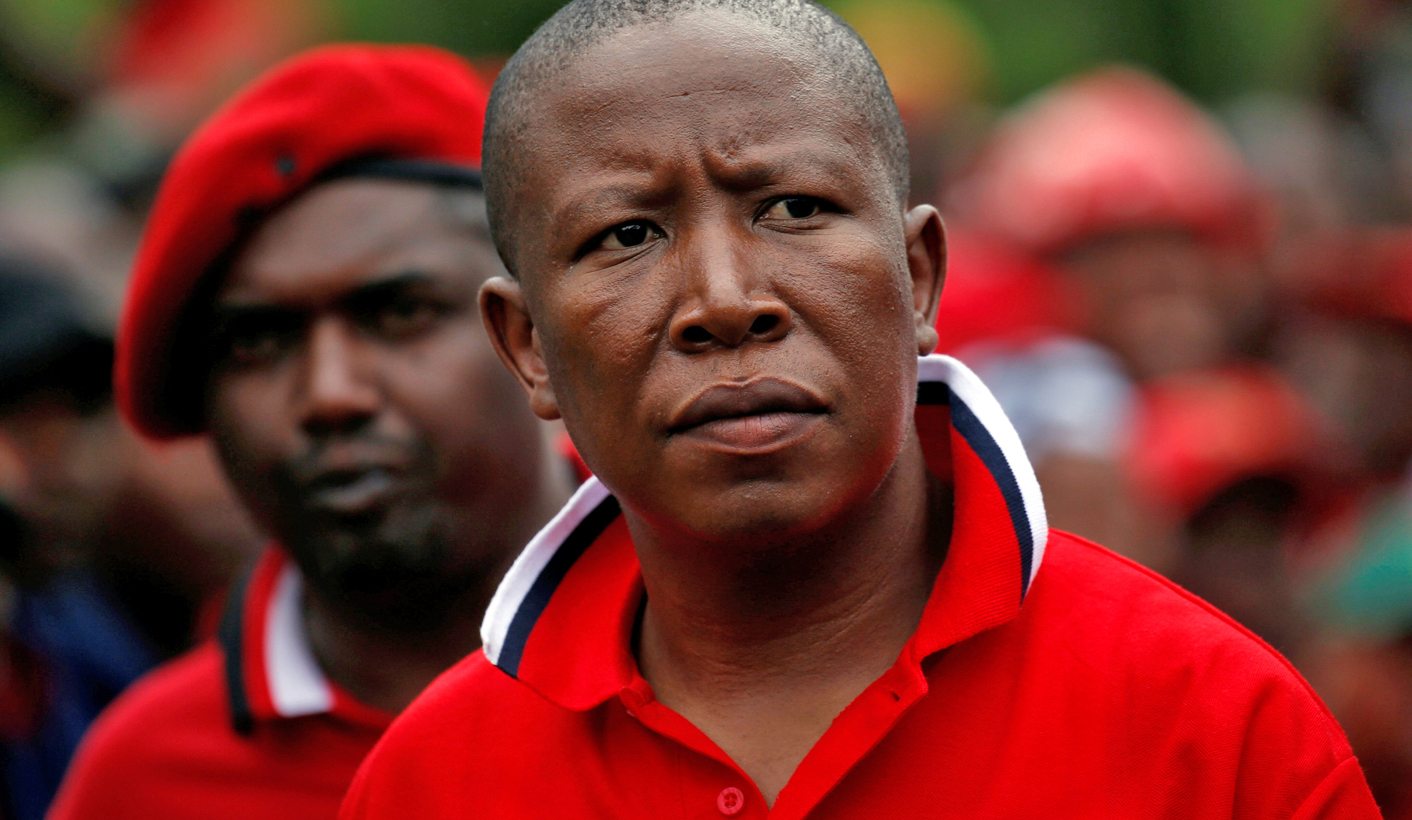 Economic Freedom Fighters leader Julius Malema led a debate in Parliament on Tuesday on amending Section 25 of the Constitution, calling for land expropriation without compensation. By Paul Herman, News24.

Malema told the House that the EFF would add its 6% to the ANC’s 62% to get the two-thirds required to amend the Constitution, and called on the ruling party to support the motion to set up an ad hoc committee on the issue.

“If you vote against this, it’s a waste of time. We are already giving our people the land and we are not ashamed,” he said in the National Assembly.

“People of South Africa, where you see a beautiful land, take it, it belongs to you.”

Malema revisited history as motivation for his party’s stance for expropriation without compensation.

“We all know that the Dutch gangsters arrived here and took our land by force. The struggle has since been about the return of the land into the hands of rightful owners.”

He said the ANC had sold out when it negotiated a new Constitution in the early 1990s.

“So, those who [now] claim to be radical enough and who want radical change should actually be in the forefront in agreeing that the Constitution must be changed to make it possible for our people to own the land,” he said in reference to the ANC’s radical economic transformation policy.

‘No white person can understand’

He said it was not right that 10% of the population owned more than 75% of the land.

He said South Africa remains a conquered nation because white monopoly capital still owned the means of production, and at the centre of that was the land question.

South Africa was the only country where a revolution had taken place, but those “oppressing us” did not lose anything.

“Many generations died without even knowing what a title deed looks like.”

He said expropriation without compensation was the only way to return land to the rightful owners.

The ANC’s Phumuzile Ngwenya-Mabila strongly opposed Malema’s call, and said expropriation without compensation was unconstitutional and not in line with ANC policy

Ngwenya-Mabila said the party totally rejected the motion, saying expropriation of land should be done in the public interest, and not for EFF political interests.

“We need to respect and uphold the Constitution as citizens of this country and members of this House,” she said.

“We are not going to be told what to do. We are not in an alliance with anyone else.”

She agreed that the land reform process was slow. She said the willing buyer, willing seller model resulted in inflated prices for the state.

The current law, expropriation with compensation, takes into account the current use of land, the history of acquisition, the market value of property, the extent of state investment, and capital improvement of the property.

Deputy Minister of Public Works Jeremy Cronin said the ANC agreed during Codesa negotiations in the 1990s that “unconstitutional deprivation” must never happen again to anyone in the country, to applause from the ANC MPs.

He said the ANC needs to implement land reform better, within the confines of the Constitution.

DA MP Annelie Lotriet said any land redistribution must include compensation according to the Constitution, but it is not a prerequisite and therefore can’t be used by the EFF as a stumbling block.

She also said the willing buyer, willing seller model wasn’t in the Constitution, and could also not be used as an excuse by the ANC government.

“The property clause allows for the court to determine the compensation and the only requirement is that it must be just and equitable – in line with the guiding principles of the Constitution,” she said.

She said that it was not Section 25 standing in the way of land reform, but the government’s implementation of what has already been provided in it.

He said white people have become the scapegoat for the government’s inefficiency.

At the end of the debate, Malema said the EFF has exposed the ANC for its hypocrisy, and that the ruling party would not implement radical economic transformation.

He said it was fitting that Cronin had given a speech referencing former ANC member Joe Slovo, a white man, saying the ANC continue to listen to “white messiahs”.

The EFF’s motion was defeated in the House by 261 votes to 33. Two MPs abstained. DM