ISS Today: Fighting rising piracy in the Gulf of Guinea

ISS Today: Fighting rising piracy in the Gulf of Guinea 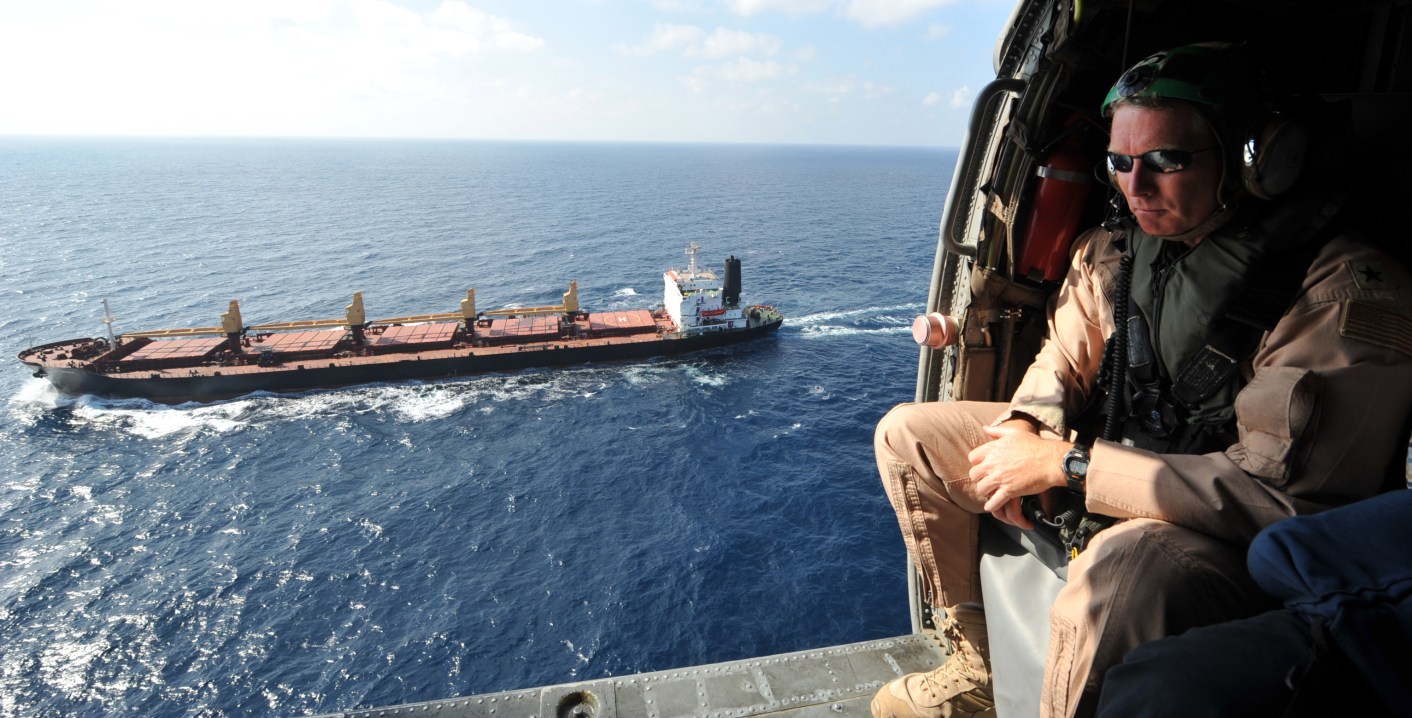 Strategies to combat piracy already exist, but countries must navigate the pitfalls that hinder implementation. By Barthélemy Blédé for ISS TODAY.

“The Gulf of Guinea, which has been Africa’s main maritime piracy hotspot since 2011, could become the world’s most piracy-affected area.” This was a key observation made by American and African experts at a workshop organised by the Africa Centre for Strategic Studies in Abidjan from February 14 to 17. This finding and others depicted a rather disheartening picture of maritime security in Africa.

Indeed, the Gulf saw a significant rise in violence at sea in 2016. In contrast, global figures of piracy and armed robbery had declined significantly to 191 cases, the lowest level since 1998 (which saw 203 incidents). In that year, the International Maritime Bureau (IMB) recorded 55 attacks or attempted attacks in West and Central Africa – including 36 for Nigeria. The Gulf of Guinea accounts for more than half of the kidnappings for ransom in 2016, with 34 seafarers kidnapped out of a total of 62 worldwide.

By comparison, huge progress has been observed in South-East Asia. In Indonesia, for example, piracy and armed robbery dropped significantly from 108 incidents in 2015 to 49 in 2016: a fall of 55%.

Moreover, 2017 is not off to a good start for maritime security in the Gulf of Guinea. In only two months, at least five piracy incidents have taken place: two in Sierra Leone and three in Nigeria – including the hijacking, on February 5 in the Niger Delta, of the cargo ship BBC Caribbean. The vessel belongs to the German company Briese Schiffahrts, and a crew of seven Russians and one Ukrainian were abducted in the hijacking. The eight seafarers are believed to be held hostage in Nigeria.

This worrying rise in insecurity follows a period where the Gulf of Guinea was believed to be emerging from maritime risk, given a gradual decline in vessel attacks in the area from 2013 to 2015. According to the figures of the IMB, attacks in the region fell from an estimated 52 incidents in 2013 by 21% to 41 incidents the following year; and then by another 24% compared to 2015, when there were 31 incidents.

This was seen as the result of collective action undertaken by several countries in the area, among which was Nigeria, the regional economic power, and also a country where maritime criminals are more active. When he assumed office in 2015, Nigerian President Muhammadu Buhari declared war on insecurity in general – and placed the Niger Delta and sea piracy among his priorities.

Despite criticism that amnesty incites violence, Buhari extended the amnesty programme granted to former pirates in August 2009 by the late president Umaru Musa Yar’Adua, and which was also extended in 2010 by former president Goodluck Jonathan. Nigeria has also increased the might of its navy – which is known for using firepower to combat pirates.

In their fight against crude oil theft from pipelines and tankers diverted in the Gulf of Guinea, the Nigerian armed forces destroy illegal oil refineries and track down those involved in operating them. Buhari appointed new leaders in the oil sector, and prosecuted the authorities suspected to be involved in the theft. This included former petroleum minister Diezani Alison-Madueke, who was arrested in London on October 2, 2015.

The three organisations agreed on a memorandum of understanding in June 2013, through which they set up a maritime security inter-regional co-ordination centre in Yaoundé, Cameroon. This centre has to co-operate with the regional maritime security co-ordination centres established in Pointe Noire, Congo for Central Africa; and Abidjan for West Africa.

These efforts complement developments at the continental level. In addition to the 2050 Africa’s Integrated Maritime Strategy, which has been in force since January 2014, the African Union adopted a treaty on maritime safety and security and development – known as The Lomé Charter – on October 15, 2016. It is intended to help overcome maritime crime in Africa and particularly in the Gulf of Guinea. To date, the treaty has been signed by 32 countries.

Yet, despite these initiatives, the Gulf of Guinea recorded a high level of piracy incidents in 2016.

One solution proposed by the experts at the Abidjan workshop is to step up the implementation of integrated national maritime strategies, and to improve synergy between these strategies and those set up at regional and continental level.

According to the analysts, for maritime strategies to be effective, they should be designed with input from all stakeholders involved. This will ensure their different interests are better taken into account. The experts recommended that the three keywords of good maritime strategies in Africa should be “co-ordination, collaboration and co-operation”.

Dr Mathurin Houngnipko – an American-Beninese speaker – illustrated this recommendation by using the concept of a hand as an analogy. A hand operates optimally with all five fingers of different sizes, but each playing a specific role. When one finger is missing or indisposed, it affects the whole hand, and even the thumb which, despite its size – can’t make up for it.

The same holds true for stakeholders in a maritime strategy where the navy (the thumb) – notwithstanding its strength and prominence in the strategy – cannot alone manage maritime insecurity in a sustainable way. The contribution of other actors – such as maritime police, ports, fisheries and environmental players – should not be neglected.

Nigeria and its neighbours should urgently review the implementation of their strategies in the maritime sector, and importantly how these interact with one other. In addition, the relevant stakeholders should understand that they each play a unique and important role in removing the Gulf of Guinea from the list of the most dangerous maritime areas in Africa and the world. DM

Photo: A machine gun is seen on a sandbag on a boat off the Atlantic coast in Nigeria’s Bayelsa state December 19, 2013. REUTERS/Stringer