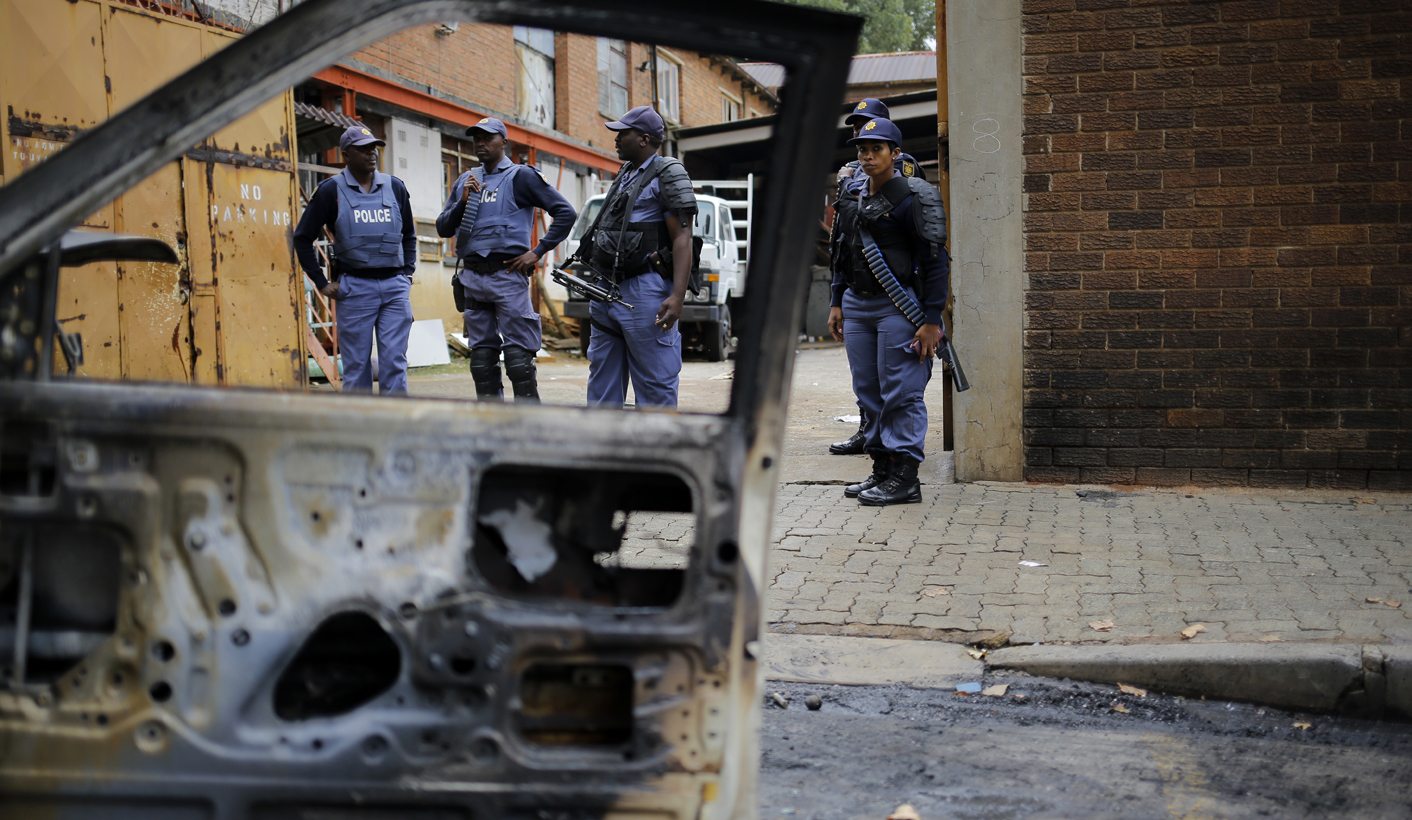 When xenophobic attacks begin, they spread to predictable flashpoints. One is in Jeppestown, Johannesburg. Residents of the Jeppe men’s hostel have repeatedly demonstrated against foreigners who own car workshops and spaza shops in the area, accusing foreigners of committing crimes such as drug dealing and prostitution.

There was a strong police presence in Jeppestown on Monday after foreign-owned shops were reportedly looted on Sunday evening.

The looting in Jeppestown follows a familiar routine. There’s a pattern of violence and Johannesburg Mayor Herman Mashaba is accused of contributing to it through his commitment to crackdown on crime, and, in particular, undocumented migrants in the city.

This time it started in Rosettenville, Johannesburg, and spread to parts of Tshwane. Protesters point to issues such as struggles with employment and housing, but ostensibly their claim is that police have failed their neighbourhoods and they need, as a community, to take up the fight against drugs and prostitution. Nigerians have been a key target and a number of homes have been torched and foreigners, from various African backgrounds, forced to flee.

Mashaba’s claimed culpability is the subject of a South African Human Rights Commission investigation. Speaking in December on inner-city rejuvenation – clearing downtown of “drug dealers and slum lords” and taking back hijacked buildings – the mayor suggested undocumented migrants were responsible for rampant crime in Johannesburg. He said he had already engaged foreign embassies “for them to know their residents in our city are here criminally”.

The African Diaspora Forum said the mayor’s comments were dangerous and xenophobic. Amnesty International South Africa executive director Sicel’mpilo Shange-Buthane warned, “His reckless utterances are based on prejudice against migrants. Rather than making comments that risk fanning the flames of xenophobic attacks, the authorities must act to counter stereotypes, eradicate discrimination and foster greater equality in South Africa.”

In early February, attacks against foreigners started once again, after repeated flare-ups in recent years in different parts of the country.

While houses burn and foreigners flee, there’s a blame game going on between the mayor and Home Affairs Minister Malusi Gigaba. Mashaba is accused of being the spark, of being naïve and reckless, or simply Afrophobic, and failing to understand how his comments could lead to burning and looting. He’s accused of ignorance, of failing to see that the first flares would spark hotspots like Jeppestown.

The mayor has condemned the attacks and said they should not be conducted in his name. But he has not withdrawn his comments or apologised, and his party, the Democratic Alliance, has no immediate plan to discipline him. On Monday, Mashaba essentially laid blame for the attacks on Gigaba and the African National Congress.

He said the national government had created the conditions for xenophobia to occur. He has noted the government’s failure to mitigate crime, unemployment, inequality and, especially, border control.

Mashaba said after a meeting with the minister in December, held after a furore erupted over the new mayor’s comments on foreigners, that Gigaba has repeatedly failed to commit to a follow-up meeting or address a city lekgotla.

“The minister’s decision to politicise the matter, rather than work co-operatively for the benefit of South Africans and foreign nationals alike, is disappointing and a betrayal of the minister’s office,” said Mashaba. “The minister cannot choose to abdicate his duty on the matter.”

Gigaba has tried to take the middle ground and has been criticised for not taking a strong enough stance against xenophobia. He has warned politicians not to make reckless comments, while trying to placate citizens’ concerns about foreigners committing crimes.

Gigaba’s spokesperson Mayihlome Tshwete on Monday rebuked Mashaba’s criticism, saying the mayor was trying to deflect attention away from his Afrophobic comments.

“He’s trying to pivot and make this about Minister Gigaba,” said Tshwete. He claimed Mashaba was trying to target the inner-city poor, regardless of background, and was using the issue of migrants as a populist PR campaign.

“He’s never had a serious approach to immigration. He’s always had a populist approach to it. When that approach brings him headaches he wants to pivot and [blame] Minister Gigaba.”

Back in Jeppestown, the consequences of xenophobia mean foreigners will lose their businesses, and could even lose their lives. Attacks occurred under the ANC government, and not even Tshwete laid full blame on Mashaba, but never has a mayor so directly been accused of inciting the South African xenophobic disgrace. DM

Photo: Members of the South African Police force patrol an area around the Jeppe Street men’s hostel where local South African men attacked shops owned by foreign nationals overnight in downtown Johannesburg, South Africa, 27 February 2017. Incidents of xenophobic attacks have occurred in both Pretoria and Johannesburg over the past week. Local police forces have been increased in the hot spots to try to contain the outbreak. EPA/KIM LUDBROOK