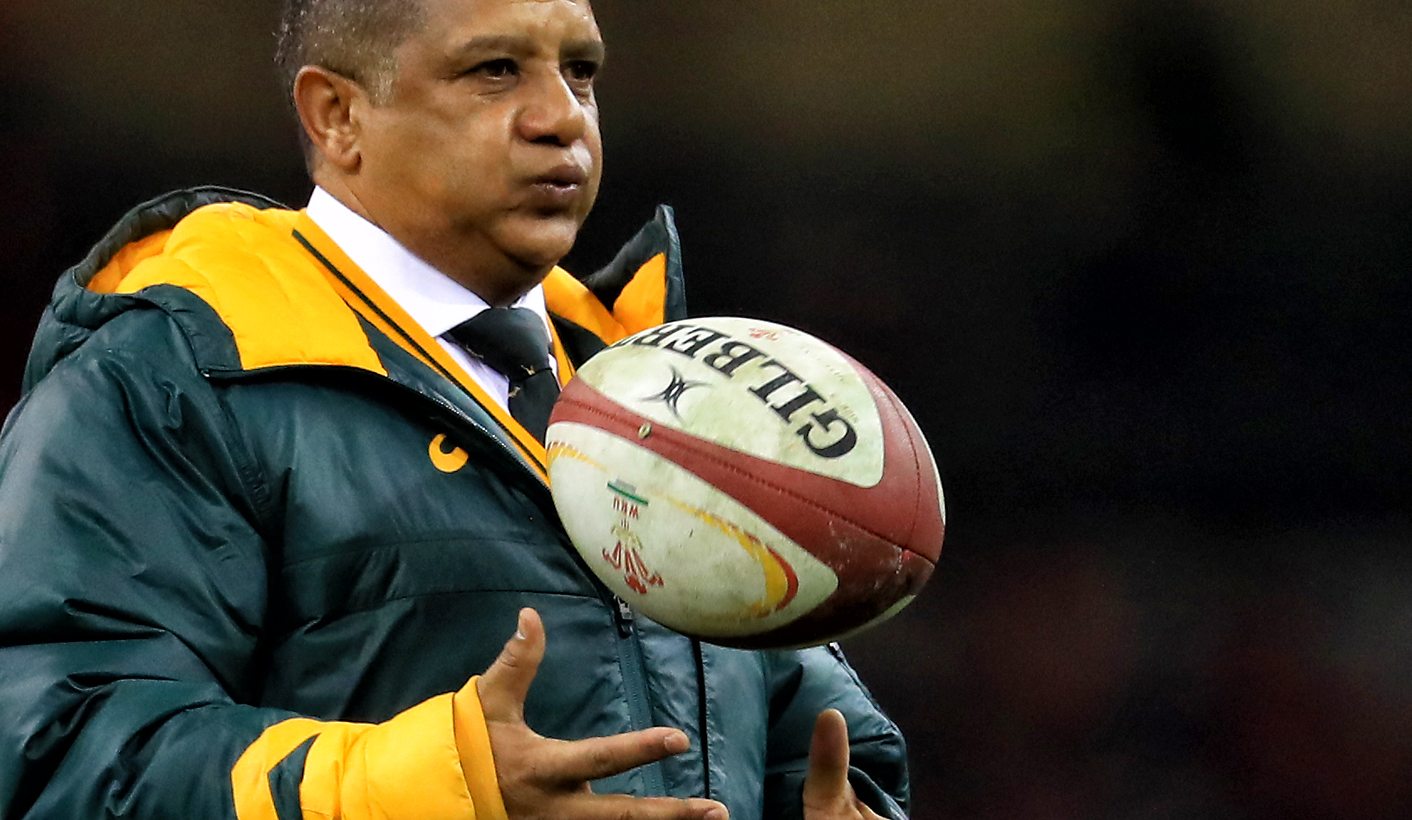 It’s taken months and a few indabas for the South African Rugby Union to announce the coaching changes seemingly everyone but them knew was coming. By ANTOINETTE MULLER.

There is good news and bad news for the Springboks. The good news is that they finally know what their coaching schedule is and that they only play again in June. The bad news is that it took four months for the so-called “coaching blueprint” to be implemented and that the men in the top echelons of management look even more incompetent than before.

The South African Rugby Union (SARU) confirmed on Monday that Allister Coetzee will be staying put as coach while Franco Smith was confirmed as “a new member of the coaching team”. SARU also promised a “major new” defensive coach “once all contractual details are finalised”. It means Chean Roux and Mzwandile Stick shift over to roles with the Junior Boks.

The announcement is little more than formalisation of what has been tirelessly speculated on for some time now. SARU president Mark Alexander acknowledged that the governing body dragged its feet and said he wanted to “apologise” to supporters for the delay in the announcement, saying it was “necessitated not by a lack of clarity of intent, but by the need to first resolve all contractual issues. The outcomes we now have were agreed with Allister some weeks ago.”

It was the least he could do considering how completely ridiculous the whole process has been.

Over the last few weeks, SARU has done more back and forth than the Economic Freedom Fighters trying to raise a point of order at the State of the Nation address. Since returning from holiday – because they are one of the few governing bodies that completely shut up shop for the December period, like most businesses – they have uttered all sorts of nonsense, ranging from “we don’t know exactly what kind of coach we want” to “we don’t know what style of rugby we want to play yet”.

Lest we’ve all forgotten, there were not one but two “indabas” organised to help them answer these pertinent questions. The only intel anyone seemed to have gathered from those was inventing new and exciting ways to embarrass themselves, which included losing to Italy as one of the lowest ebbs.

You would think that when a team and the game is so clearly in crisis, people would be jolted into immediate action. Not SARU. They are the personification of the shrugging smiley written out on an Ascii keyboard.

But behold! There is light at the end of the tunnel to go along with all of us being put out of our coaching anticipation misery. It might be solar-powered light, not bright enough to attract a moth, but it’s a light nonetheless.

Two weeks ago, the governing body confirmed that it has implemented its so-called “national coaching blueprint” in what Alexander described as a “huge milestone” for South African rugby.

This just a week or so after Stormers coach Robbie Fleck said they had no clue what the blueprint would be. It seems milestones in SA Rugby are achieved by spending a lot of time doing nothing and without engaging the people central to the implementation of them.

But while there is some reprieve for Fleck and his compatriots on the coaching side of things, there’s no word on the “conditioning” blueprint, with Alexander admitting in the same breath that this is yet to be finalised.

Maybe Alexander hasn’t set his calendar to 2017 and doesn’t realise that Super Rugby – the system that needs to implement all these blueprints – has already started. Although, even if he had forgotten to change his year setting, the season would still begin this week since the competition has started mid to late February every year for the past decade.

The good news is that SARU’s feet dragging doesn’t seem to matter, at least not for now. For the most part, South Africa’s Super Rugby teams looked enterprising over the weekend, with the majority deviating from the traditional skop, skiet en donner approach that has befuddled and frustrated so many fans over the last few years. Sure, some teams still looked woefully underskilled to branch out into this brand of rugby, but at least they are trying.

That’s more than can be said for SARU. In a sort of cabinet reshuffle of their own, buried at the bottom of their release announcing the obvious was the news that Chean Roux and Mzwandile Stick will be redeployed to the Junior Boks team. Stick was apparently offered the assistant coach gig with the Sevens side, but requested a position within the XVs set-up.

The everything-but-merry-go-round of coaches is further evidence that there is a gigantic disconnect between the men in suits and the people who ensure that they create a product to enable them to wear those suits.

The good news is they at least have a few months for some bonhomie. Unlike the last time SARU appointed a coach. DM