Op-Ed: Xenophobia and the question of universal rights 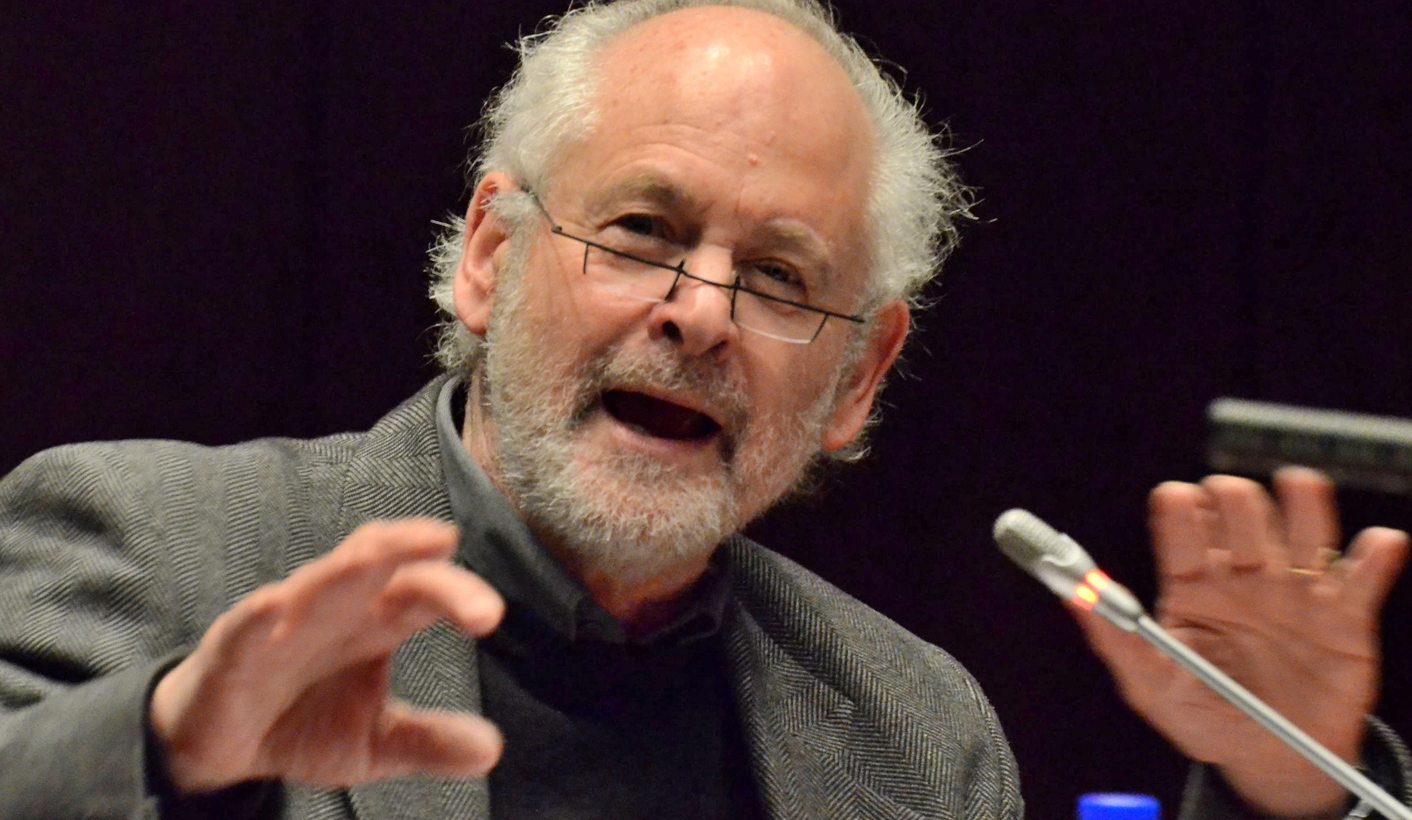 The recent upsurge of xenophobic attacks in Rosettenville and Pretoria cast a shameful light on South Africa, a country that has emerged from a Struggle to ensure that universal rights were applicable to all human beings. Clearly the notion that immigrant communities are entitled to equal legal protection has not been diffused to all South Africans, partly because of government’s ambivalence. This is not a question for government alone, but for all of us, wherever we are located. By RAYMOND SUTTNER.

One of the foundational reasons for opposing apartheid was rejection of a system that harmed other human beings. It was also an affirmation of the value of all humanity. The Struggle for liberation joined with those believing in freedom worldwide and affirmed the integrity and well-being of all human beings, not simply South Africans.

The acts of violence against foreign migrants from Africa and Asia negate that commitment to the concept of universal rights. They repudiate the notion that all human beings are entitled to be treated with dignity and rights.

The ambivalence of government statements in the face of these attacks undermines attempts to address them as an affront to all humanity. Those are the terms in which we need to phrase our condemnation. Those who are not born South Africans are entitled to freedom, which is universal and indivisible in character. There are obviously some rights available only to citizens, but certainly the right to protection from violence is applicable to “all who live in” South Africa, to paraphrase the Freedom Charter.

President Jacob Zuma and other government members, as in previous years, wish to deny the use of the word “xenophobia”. Instead, they describe these killings, lootings and other assaults directed at foreign migrants, as criminal. To do that is to deny what is happening in our midst. There are problems with the word, “xenophobia”, over which scholars may argue. It is important, however, that we do not allow sophistry to erase what is happening.

At this moment the more serious issue is not the word we use. What we need, is to avoid language that denies the character of discriminatory conduct and acts of violence against non-South Africans. That these acts are criminal is accurate. But to leave it at that erases their specific (and obvious) feature, where there is targeting of specific people and communities of foreign origin.

Criminal actions targeting people who are from outside our borders are not unknown, as in hijacking of wealthy passengers leaving airports. But when entire communities are targeted, one is talking of a form of action that has a specific character that is not simply criminal.

To be clear: those who are targeted are generally from the margins of our society. They are not business executives from the EU and the US, living in Sandton. They are workers or shopkeepers or unemployed inhabitants of townships. Most are from Africa, though many are from Pakistan and Bangladesh, so that the label “Afrophobia” is inaccurate.

It is also important to note that xenophobia is not expressed only by angry “mobs” but often its architects use refined language. They do not use pangas. Some manipulate real grievances of the poor, which should be put at the door of the government and not immigrant communities.

At an ethical level, the consequences of allowing this continuing, low-intensity war against immigrants contributes to the broader erosion of ethical values in public and private life. In South Africa today, the lines between what is right and wrong have become more and more blurred.

Acts of violence against immigrants allow for deviation from what is sacred in the treatment of “all God’s creatures” in almost all religions, as well as what is fundamental to all human rights documents, including the Freedom Charter and our Bill of Rights. There is no longer acceptance that it is wrong to act in some ways towards certain human beings. It is taken to be legitimate to attack some. The normal prohibitions are not seen to be applicable in their case and by implication their humanity is not respected and fully accepted.

That people are unlawfully in the country, “undocumented” (previously “illegal aliens”) does justify legal processes being brought against them and in many cases, their deportation. But it does not justify the assumption that illegal migration connotes a range of other qualities such as criminal acts, including drug peddling.

A climate of hatred against foreigners has been created and a range of people who hold high office have blown hot and cold on this matter over the years, especially the police and Home Affairs officials. Media statements of police raids often lump alleged illegal immigrants together with murderers, bearers of illegal arms and drug dealers. When that type of climate is created it generates an atmosphere where action against foreign migrants is seen as socially necessary and it becomes easier to go beyond what is legally permissible.

Last Friday’s Pretoria march was depicted in media as an “anti-immigrant march” (even though there were some attempts to qualify this as focusing on those who were illegal immigrants or criminals). Some of the discourse showed that it had the clear potential to attack all non-South African migrants. Would there not be a legal case to forbid the march under South African law?

As we know, there were indiscriminate attacks on immigrants and some migrant communities were prepared to resist by force where considered necessary. What does the law and the Constitution say about such marches? If there were a legal basis for forbidding them, as does appear to be the case, was it responsible to allow it to proceed in light of the inflammatory language that preceded it?

We know what has happened in Rosettenville and Pretoria in the last few weeks. But xenophobic action has been continuous in post-apartheid South Africa, though it generally occurs below the radar. It may well be happening at this very moment in some rural villages and townships. And what is more alarming is that violence and other illegal acts are perpetrated against such migrants without any sense that there will be recriminations.

When a group is known to be vulnerable, acts that increase that vulnerability often pile up: police demand bribes or tear up the papers of those who are legally present in South Africa; landlords demand sex or perpetrate other forms of abuse.

And Home Affairs is cast in the role of an imperial figure with powers to determine whether or not someone gets papers and with what delay, even when they are legally qualified. It also entitles the department to monitor whether those who are at work are legally employed. The fact of the matter is that even though there is claimed to be a legitimate clampdown on illegal immigrants, those whose papers are in order are not spared.

It is my understanding that Home Affairs officials have approached at least one restaurant and insisted that a 60% quota of South Africans must be employed. There is no law that demands that, yet in the name of the law it is claimed they approached this restaurant with this stipulation, thus engendering increased vulnerability even among those who are legally in the country and legally employed.

When one reads accounts of the attacks that have been experienced over many years, there is a constant refrain from immigrant communities, including some people who are packing up and leaving, even though the reason for entering South Africa was turmoil or poverty in their home country. They cry that they are human beings and that their humanity or their fellow African personhood is not recognised. Can this have happened in South Africa, a country that has emerged from the dehumanising grip of apartheid?

Let us be clear that all South Africans do not perpetrate the acts against these communities. There are many South Africans who try to intervene to protect vulnerable immigrants or give them shelter.

The central question that confronts us as a nation is: are we to abandon or have we abandoned notions of solidarity that drove the Struggle against apartheid that was based on claims of a universal humanity? Or are we to succumb to callousness and indifference and allow the vulnerable to be attacked, victimised in a range of ways and made forever unwelcome in our country?

The unionists say, “an injury to one is an injury to all”. Should we not all be standing alongside the immigrants and saying these attacks must stop now? That is a call to government, but it is also a call to us, as citizens, to join together in our various associations and organisations, and stand with these communities. That is the tradition of our freedom Struggle that must be retrieved and invoked now. DM

Raymond Suttner is a scholar and political analyst. Currently he is a Part-time Professor attached to Rhodes University and an Emeritus Professor at Unisa. He served lengthy periods in prison and house arrest for underground and public anti-apartheid activities. His prison memoir Inside Apartheid’s Prison will be reissued with a new foreword covering his more recent “life outside the ANC” and will be published by Jacana Media in the first half of this year. He blogs at raymondsuttner.com and his twitter handle is @raymondsuttner