Cabinet tremors: What will the Communists do?

Cabinet tremors: What will the Communists do? 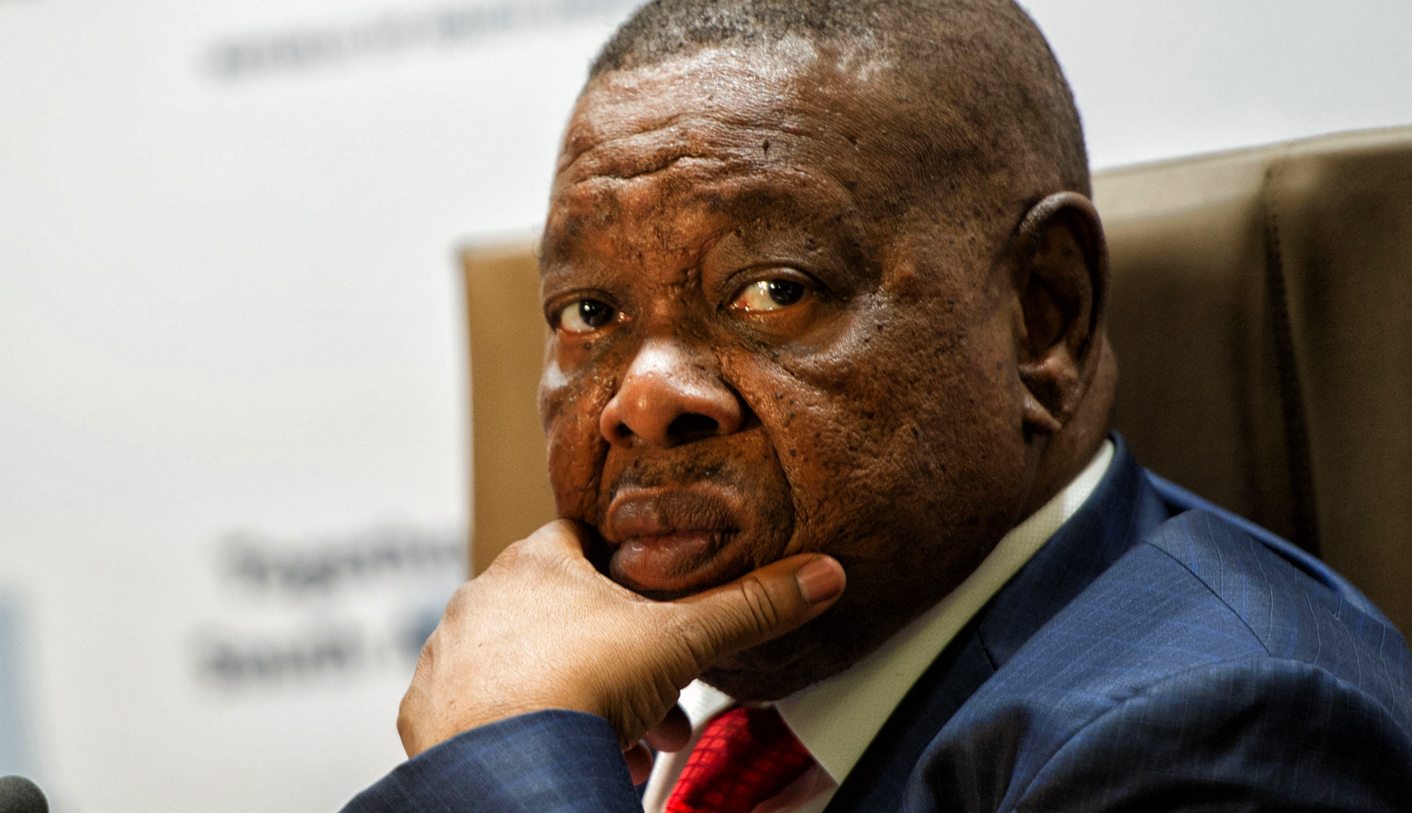 Talks of an imminent Cabinet reshuffle places the South African Communist Party (SACP) in a difficult position. Should its leaders in government resign if the president makes a play for the Treasury? Or should they remain in their jobs, with their perks, and the ability to challenge President Jacob Zuma’s clique from the inside? By GREG NICOLSON.

The SACP hasn’t taken an official stance on who should be the next leader of the ANC, but it has taken a clear position on the factional battles within the ruling party. Reading from an SACP Central Committee statement on Sunday, Blade Nzimande said Finance Minister Pravin Gordhan was “absolutely right” to quote the ANC’s 1969 strategy and tactics document.

Quoting from the 1969 document is symbolic; it came from one of the most turbulent points in the ANC’s history.

The finance minister’s Budget speech was a rallying call and, following a meeting of its leadership this weekend, the SACP followed suit. It repeatedly warned against fake revolutionaries using the rhetoric of the national democratic revolution to further personal interests. It was a warning to interrogate populist agendas, to see through the lies.

There are widespread rumours that President Jacob Zuma is planning to replace Deputy Minister of Finance Mcebisi Jonas with Brian Molefe, following Molefe’s sudden appointment as a Member of Parliament last week. Zuma’s allies within government and his supporters in the Premier League faction have repeatedly denounced the Treasury and Gordhan. Replacing Jonas, or the minister himself, could help the faction have a number of controversial government contracts approved.

The SACP has found its voice, speaking against “state capture”, but what will it do if either Jonas or Gordhan are replaced?

Weekend reports, and multiple rumours, suggested SACP ministers might resign. Nzimande, Thulas Nxesi, Jeremy Cronin, Senzeni Zokwana, Rob Davies, Godfrey Oliphant and Ebrahim Patel all serve in Zuma’s Cabinet as well as the leadership of the Communist Party. “Nothing is off the table when we are looking at what might transpire. All of this is guesswork and I suppose supposition, but nothing is off the table in discussion about how to go forward, with many eventualities being quite uncertain and quite worrying,” the SACP’s Jeremy Cronin was quoted by City Press, speaking on Friday.

The SACP was, however, scathing in its view on the challenges factionalism is presenting in the ANC and government.

“In particular, we are seeing growing recklessness and a disdain for collective decision-making and for formal democratically elected structures. Policy shifts with a radical sounding air are being announced randomly. Existing and even deeper looming crises in the water sector, or in revenue collection, or in the payment of social grants are left unattended for apparently faction reasons, while ministers performing patriotic service in extremely difficult circumstances become the targets for sustained and factionally orchestrated undermining,” said the Central Committee.

The allegations are clear. Zuma and others are pushing “radical” policies without consultation. Brian Molefe was rapidly installed in Parliament. Water and Sanitation Minister Nomvula Mokonyane’s department is reportedly broke. SARS, and its boss Tom Moyane, are R30 billion short of the target. Social Development Minister Bathabile Dlamini has put 17-million South Africans’ social grants at risk. Each issue is linked to a direct Zuma supporter. The crises, the SACP suggests, aren’t being addressed because the president and his clique don’t want to reprimand or challenge his own.

The SACP suggested Zuma’s faction was pushing an Africanist agenda and challenging white minority capital as a distraction, making allegations without substance and deliberately ignoring systemic issues in an attempt enrich the connected black elite.

“Unfortunately, ‘radical’ in these quarters is largely rhetorical and is almost entirely focused on advancing narrow black elite accumulation. This very narrow version of BEE evokes ‘blacks in general, and Africans in particular’, but in effect, it’s about ‘me and mine’ specifically,” said the SACP statement.

The party said it must oppose factionalism and looting while putting issues of poverty, inequality and unemployment on the agenda. If Zuma makes Molefe either finance minister or deputy finance minister, severely escalating the ANC’s factional battles, the SACP is in a tight spot. Cronin on Sunday said factionalism is a “deep risk” for ANC unity and is “so rife, so dangerous”. He said a partisan position against looting has to be taken, but he struggled to articulate how the communists can take a stand without furthering factional battles or isolating its members.

In the run-up to the ANC’s elective conference in December, it would be a hugely symbolic move if SACP Cabinet members resigned in a protest against Cabinet reshuffle. The same Central Command members have, however, gone to great lengths in the past to repeatedly defend the president. The SACP also has to weigh up the cost of its Cabinet members resigning – is it better to challenge issues from within or as an outside voice? The communists are committed to the ANC and resigning after a reshuffle could undermine the goal of uniting the governing alliance.

The battle lines might be drawn, but the next move remains Zuma’s choice. DM