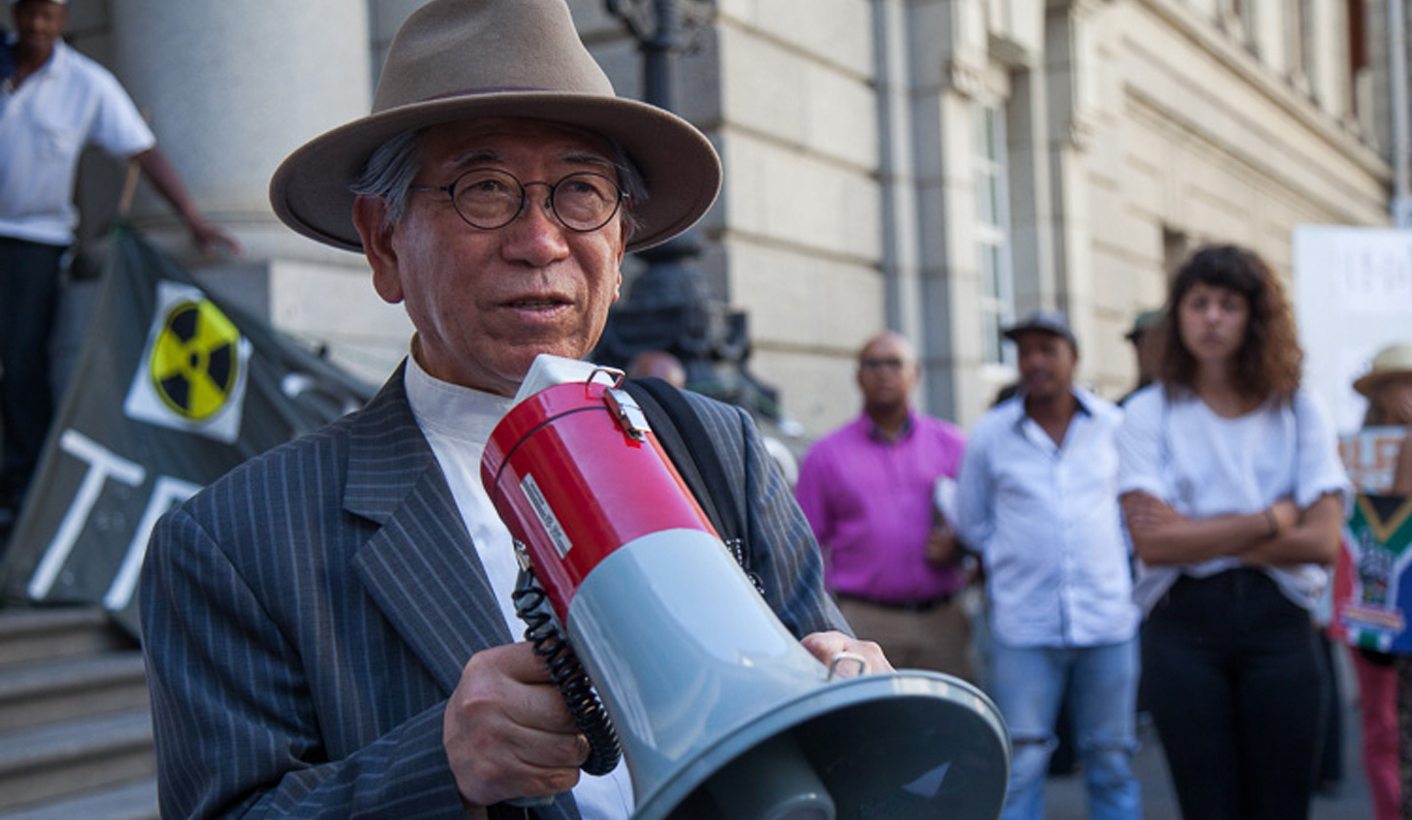 Agreement does not mean nuclear reactors are about to be built, argues the state. By Melanie Gosling for GROUNDUP.

The Russian nuclear agreement was just a framework for nuclear co-operation and did not mean South Africa was about to start building nuclear reactors, the government’s defence team told the Western Cape High Court on Thursday.

“The Russian treaty is a framework agreement. It doesn’t mean we are going to start building nuclear reactors, but are going to create the conditions for that,” Oosthuizen said on Wednesday.

Oosthuizen made this submission in the case brought by Earthlife Africa and the Southern African Faith Communities’ Environmental Institute in their legal challenge of the government’s nuclear procurement process.

“The applicants say we are locked into a procurement process. They advance a case, looking at the contents of the Russian inter-governmental agreement, that it is in effect procurement for nuclear power plants. We say no. We say it creates a strategic partnership,” Oosthuizen said.

He argued that there would have to be other agreements in the future for the nuclear procurement process, and this merely laid the foundation.

The content of the Russian agreement is pertinent to the case for classification of the deal. The litigants argue that it is of such a nature that it needed to be tabled in Parliament under a section of the Constitution which would ensure two things: Parliamentary scrutiny before it became binding, and that the public be allowed to make representations.

Instead Energy Minister Tina Joematt-Pettersson tabled it under a different section, which is used for international agreements that are merely of a technical, administrative or executive nature. This meant neither Parliament nor the public had sight of the Russian nuclear agreement before it became binding. The applicants say this was unconstitutional and it should be struck down.

Judge Lee Bozalek pointed out that the Russian agreement, unlike South Africa’s nuclear agreements with the other countries, had a high degree of specificity.

“It strikes me it is almost a statement of intent, which to me distinguishes it from the other inter-government agreements which seem to be saying, ‘We’re all going to work together’,” Bozalek said.

Oosthuizen replied: “You can take it as a statement of intent, but it is not yet an agreement to construct these nuclear plants. That will be the subject of other agreements. It is all about creating an environment for something to take place. It doesn’t bring in the bricks and mortar.”

Earlier David Unterhalter, SC, for the litigants, argued that the Russian agreement was “not just a high-flown framework which is a matter of desire”, but was a comprehensive programme to build new nuclear facilities, based on specific Russian technology. He said it specified how the proposed 9,600 megawatts of nuclear power would be divided up and spoke of specific sites where reactors would be built.

Unterhalter said one of the key issues about the agreement was the financial implication. If international agreements contained financial considerations that were not in the budget, they had to get the consent of Parliament. The nuclear programme would have far-reaching financial implications for South Africa.