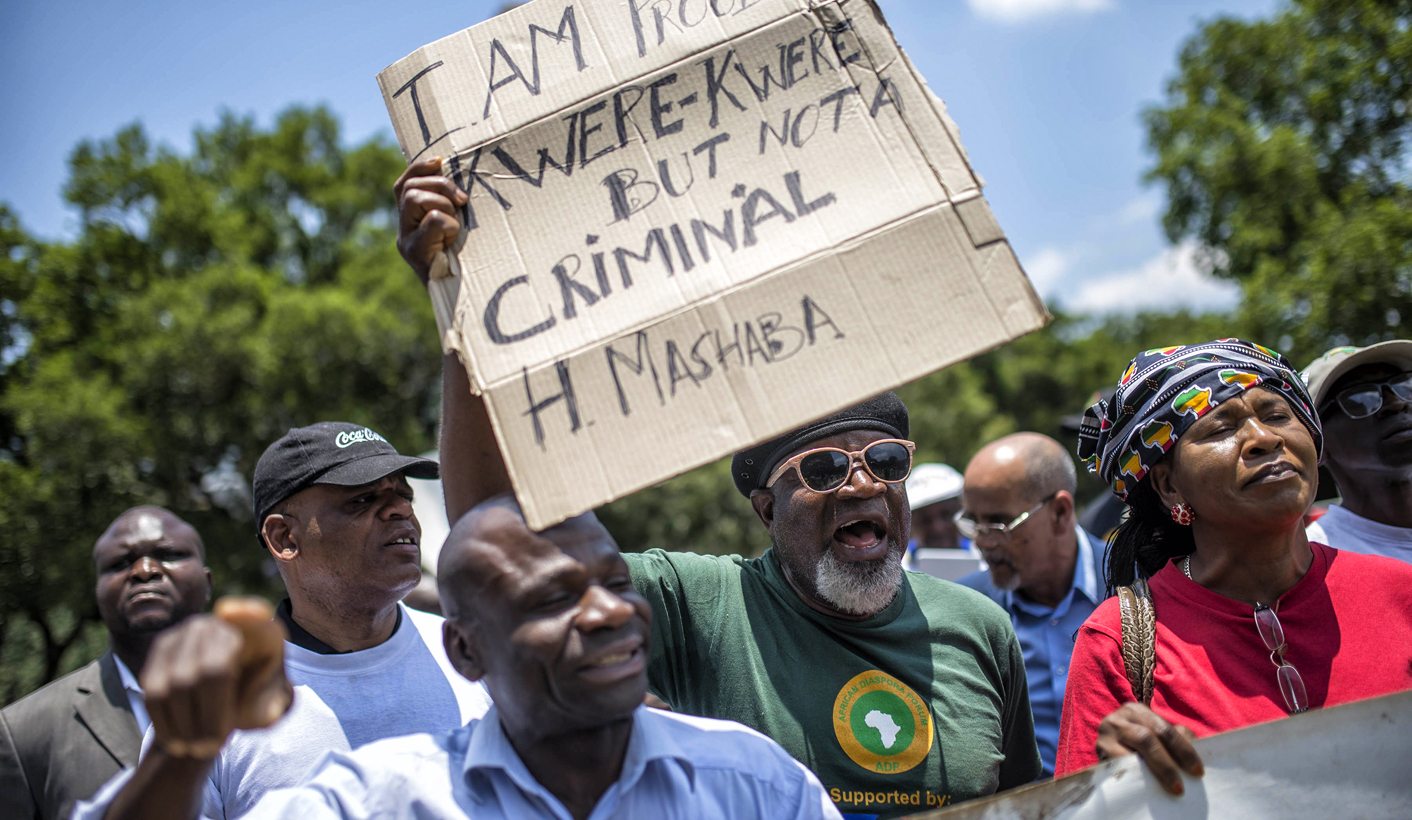 African Diaspora Forum has tried in vain to meet the organisers of Friday’s anti-immigrant march. By Julia Chaskalson for GROUNDUP.

African Diaspora Forum (ADF) spokesperson, Emeka Johnson, believes Johannesburg mayor, Herman Mashaba, has incited the ongoing violence against immigrants in Gauteng. Mashaba was quoted as saying: “(Illegal immigrants) are holding our country to ransom and I am going to be the last South African to allow it.” Johnson referred in particular to the burning of shops and the imminent march against African immigrants living in the province.

The march against “illegal immigrants” as it is titled, is planned for Pretoria on Friday, according to the Mamelodi Concerned Residents group. The group distributed fliers which read: “Unemployment is at 34 percent in South Africa but they give people asylum seeker status when there is no work in South Africa … Where must South Africans work?” A spokesperson told Groundup that “the march has been approved. It is a legal march, a peaceful march”.

The march has been planned in the wake of numerous xenophobic attacks against immigrants living in Johannesburg and Pretoria, with 30 immigrant-owned shops looted and burnt in Atteridgeville, and a further 12 houses burnt down in Rosettenville, south of Johannesburg.

“We are of the impression that (Mashaba’s) statement actually lighted new waves of xenophobic attacks across Gauteng,” Johnson said. “We don’t believe that mob action will solve the challenges, and it will affect the innocent too.”

Following his controversial remarks Mashaba has issued a statement condemning xenophobia, saying his administration will do whatever is necessary to prevent violence. “Foreign nationals are not our enemy. Instead of planned xenophobic marches, the national government should be held to account for its failure to create meaningful and sustainable economic growth for our country and to secure our borders.”

Johnson told GroundUp: “We have tried to engage members of the Mamelodi (Concerned Residents). We were supposed to meet to hear their grievances, but at the last minute they didn’t show up.”

Johnson said that the ADF is trying to communicate safety precautions to its members in Pretoria. “We have activated our hotline and we have advised people to keep away from (violent) hotspots,” Johnson said. Organisers of the march have said that they are “against xenophobia,” and that “any looting… should be stopped”. But even though the march is intended to be peaceful, Johnson still says that members of the ADF “are afraid” and “jittery” about the march and its potential repercussions.

For now, the ADF does not plan to have a counter protest. “We were not going to have a protest on the same day because it’s not safe, and we are not permitted.” Instead, ADF is focusing on trying to stop the march. The ADF does have plans to hold a “protest of solidarity against hate” next month, Johnson said, but details have not yet been confirmed. The ADF is inviting support from civil society and “everybody who is anti-xenophobia” to this protest. Johnson hopes that the march next month will attract similar crowds to the 2015 anti-xenophobia marches.

Johnson has lived in South Africa for 22 years. “It’s a lifetime!” he exclaimed. “I have family here, I’m married to a South African, I have children here. I live here.” DM