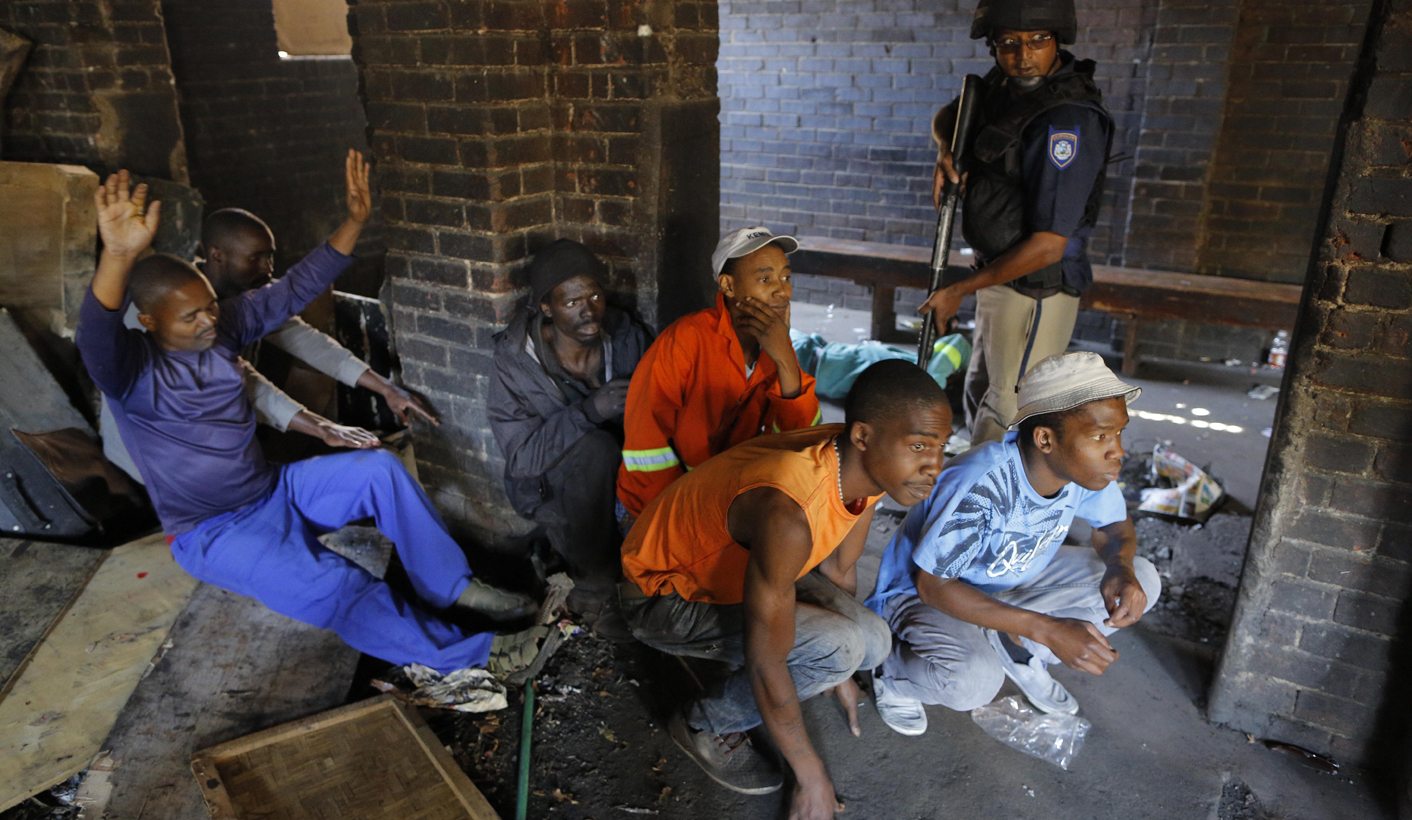 The xenophobia, as it is simplistically referred to, is an early signal of a social lesion - a crack that later becomes a chasm into which goodwill and neighbourliness quickly vanishes. By MARIUS OOSTHUIZEN.

Violence has again flared up between ethnic communities in our political capital, Tshwane. These so-called xenophobic attacks are reminiscent of the 2008-2009 national shame where hundreds of foreign nationals had to be housed in tented refugee camps to separate them from violent mobs in our townships.

The temptation is to call this phenomena “xenophobia” and lay the blame simplistically at the feet of the perpetrators of the violence. These vigilante mobs are of course responsible for their actions, but as with most social phenomena we risk over-simplifying the matter by seeing it in these terms.

South Africa has been on the receiving end of mass migration for the last decade, partly due to the tragic non-interventionist policies of the Thabo Mbeki presidency during the devastating self-destruction of Zimbabwe at the hands of the dictator, Robert Mugabe. It is secondly the consequence of having almost non-existent border controls. As other African states bled citizens looking for relief from their predatory governments, South Africa became their promised land. Add to this poignant mix high unemployment, scarce resources and increased competition for space in the informal sector and you have a recipe for conflict.

What the xenophobic attacks do is mask the deeper fault-lines of South African society. Ours is not a melting pot of African ethnicities in the squalor of townships, ours is the imposition of a systemically extractive capitalist minority state in the form of interconnected gated communities, embedded in an otherwise failed or failing state. For a while the former, the colonial-apartheid modernisation project, has funded the latter through a trickling-down of unliveable wages. The gogo gets to buy mieliemeel with her leftover coins after paying the taxi gang and her child’s underperforming school teachers. The “casual worker” gets to buy Black Label and some pre-cooked pap-en-sous at the Spar, before walking the 6km daily to the room he rents from the Ethiopian shopkeeper. We have produced millions of urban refugees.

As a society, we have become very good at living side by side, deeply interdependent, but without any semblance of cohesion or integration. If South Africa was any other country, one that did not have a Rainbow myth to refer to, we would be a giant refugee camp for mostly African stragglers, presided over by economic and identity tourists who have come here to enjoy the sunlight but don’t intend to settle among the natives.

In early January an executive team reflected on the state of the nation and what 2017 holds in store. One said: “South Africa is on a slow stagnant path … we need to turn the ship around.” Another said; “2017 will be 2016 with embellishments – more of the same.” My own sense was that we are a society under strain, politically strained, economically strained and socially strained. When a system is under strain, eventually something breaks.

The xenophobia, as it is simplistically referred to, is an early signal of a social lesion – a crack that later becomes a chasm into which goodwill and neighbourliness quickly vanishes. The way to avert such a rupture of our social fabric is not to calm the nerves and say, “… be nice to our African guests”. The solution is to face the underbelly of discontent, the skeletons of social exclusion and structural injustice.

What is needed is liberation, but not liberation politics.

South Africa needs rapid liberation from the socio-economic marshland that it has been driven into. How did it get this way? Through failed policy after failed policy by an increasingly hollow liberation movement in power, who thought that policy statements amounted to policy actions. We got here through iteration after iteration of token transformation by companies who thought that we could redeem the corporate gravy train, by picking up a handful of passengers and seating them as a sprinkling in the first, second and third class cabins of management. We got here by going to sleep as civil society, smiling as we patted ourselves on our backs for the “miracle democracy” that had been won.

The renewed xenophobic attacks of the last few days are not a crime of humanity as much as they are a warning of humanity neglected. They are the alarm bells of an overdue reckoning. They are a temporary measure, a relief valve which lowers the pressure in the pressure cooker for a little while, while the simmering heat of discontent burns slowly and surely at the base.

A “phobia” is an “an extreme or irrational fear of or aversion to something“. No, these are not examples of South Africans fearing or hating those who are not like them. These are examples of South Africans who are angered by seeing others gain the things they want: Shops. Money. Houses. Wives. These are the outbursts of children who don’t think they were given their fair share. We can cry “entitlement” all we like. At the end of the day, the right to a decent life is something every South African is entitled to, and until that becomes everyone’s concern, the pain of social immobility will continue to translate into anger and eventually, violence. DM

Marius Oosthuizen is a member of faculty at the Gordon Institute of Business Science, University of Pretoria, South Africa. He teaches leadership, strategy and ethics. He oversees the Future of Business in SA project that uses strategic foresight and scenario planning to explore the future of South Africa, Africa and Brics.