Once they were Worriers: Proteas getting to grips with...

Once they were Worriers: Proteas getting to grips with crunch clashes 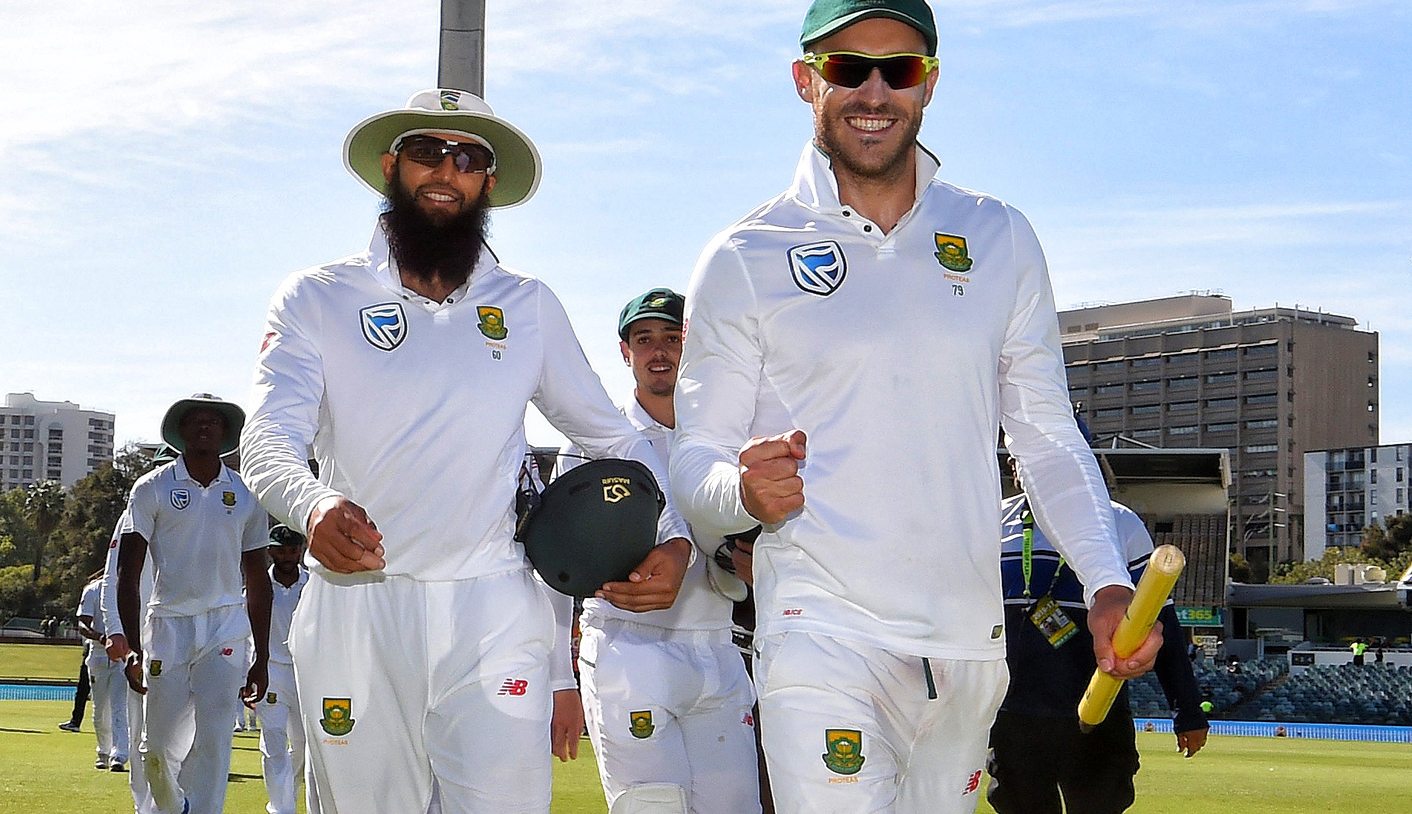 Despite losing to New Zealand in the second of five one-day internationals, it seems as if though the South African team are finally getting to grips with handling pressure. By ANTOINETTE MULLER.

Oh, what could have been. The South Africa cricket team were on their way to a record-breaking 13-match winning streak, but New Zealand had other plans and ended that dream in a thrilling one-day encounter in Christchurch on Wednesday.

The Proteas lost by six runs, a match that went down to the final over. Having won the toss and choosing to bowl first, South Africa did a decent job at restricting the Black Caps to 289-4. While the bowling probably could have been better, in the modern age totals below 300 aren’t really seen as too much of a challenge.

South Africa’s response with the bat, though, lacked the one standout innings. New Zealand had Ross Taylor’s unbeaten 102 off 110 which, in the end, proved to be the difference. While the Proteas will be reeling after their winning streak was brought to such an end, there is a greater context to consider in the way they approached one-day games in recent months.

It wasn’t the first time South Africa found themselves in a potentially tight spot recently. One notable such effort was the four-wicket win over Australia in Durban in 2016, en route to their 5-0 rout of the old enemy. At one stage during that match, South Africa needed 72 off 42 balls with four wickets in hand. David Miller and Andile Phehlukwayo put in an immense effort to guide South Africa home with the latter eventually emerging from his nerves and playing the kind of “finisher” innings that only a player not saddled with the burden of previously succumbing to pressure would.

The 20-year-old was at it again in the first match of the current series against the Black Caps, guiding South Africa to another four-wicket win with just one ball to spare. On a turning pitch, he combined with AB de Villiers to find the 46 runs required off 36 balls the team needed to get across the line.

He might have done so again on Wednesday had he not come in to bat down the order. Fortunately, there was somebody else to worm and wiggle their way through the pressure. Dwaine Pretorius clobbered 50 off 27 in his sixth ODI and only his second stint with bat in hand. Had he not marginally missed a beautiful Trent Boult yorker, Pretorius might well have seen South Africa through yet another thriller.

These are the kinds of games another South African side might have previously lost and the one that they did lose is one which they might have imploded in previously. We all know what has happened to this team under pressure in the past – both during ICC tournaments and bilateral clashes.

Captain AB de Villiers did lament the “soft” dismissals that cost South Africa’s Wednesday’s game, and he’s right. There were some incredibly questionable shot selections from players who should know better, but the fact that South Africa’s middle to lower-middle order no longer collapses in a heap when the screws are turned is encouraging. That De Villiers is not talking solely about “taking the positives” is encouraging, too.

But perhaps the greatest revelation in recent months has been the emergence of two reliable all-rounders who have both performed consistently. The days of waiting for players like Ryan McLaren to deliver the kind of match-winning performance everyone believed he could are long gone. With Pretorius and Phehlukwayo around, South Africa might also finally stop trying to turn Wayne Parnell into an all-rounder and simply use him for what he was meant to do: bowl really fast and score a few runs here and there. It also offers the possibility of taking some pressure off David Miller – who has struggled to fulfil the promise he showed at domestic level, perhaps because he was always left mopping up the mistakes of the top order.

These little things all bode well for the team’s participation in future ICC competitions. Not only is this team forging a reputation and a new brand of cricket, they are largely free of scars of the past. And while it would be foolish to get carried away about the future prospects of this side, there’s plenty to be hopeful about. DM