Nuclear Deal: Case to stop SA from bankrupting itself begins 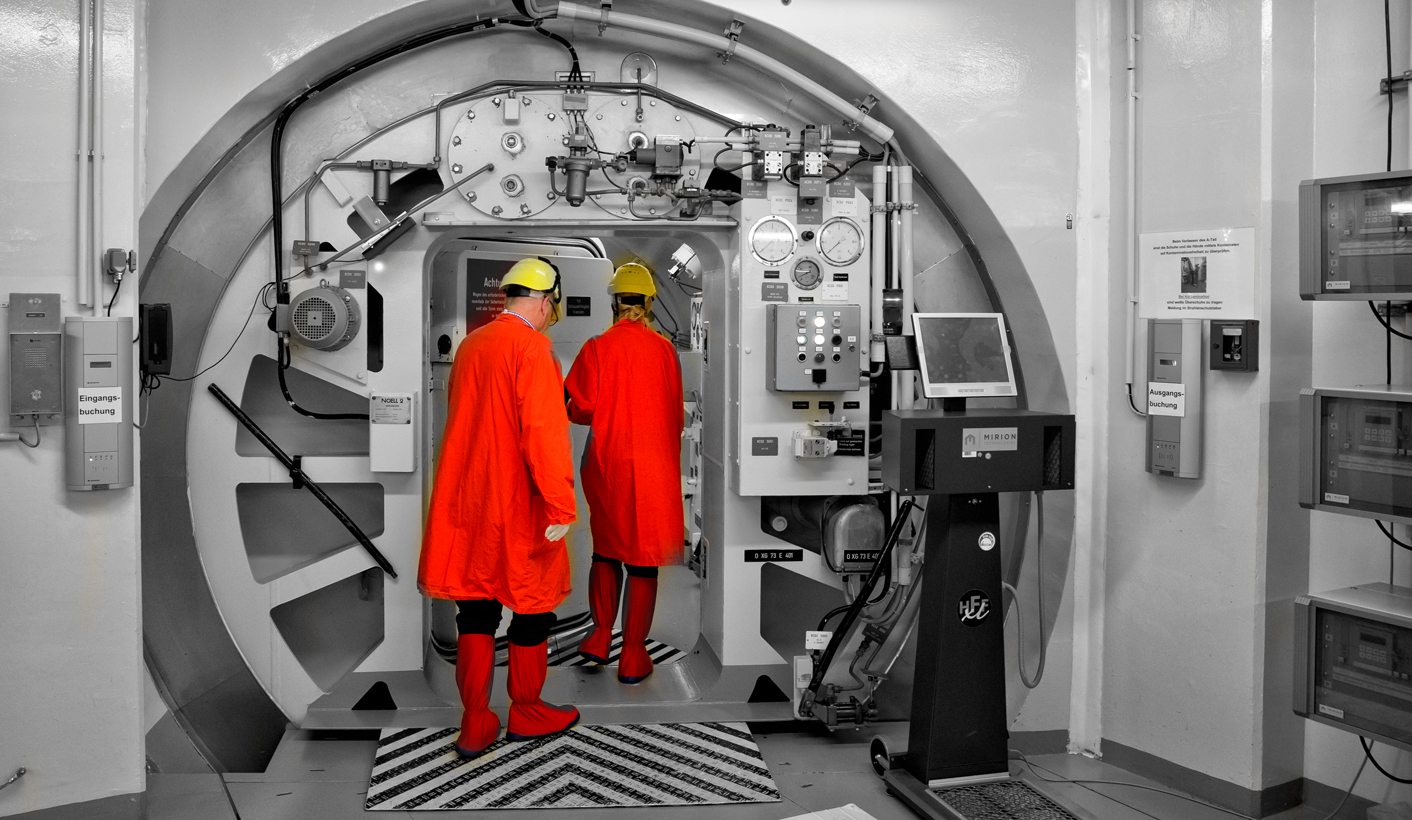 While Finance Minister Pravin Gordhan was throwing around some big figures in Parliament on Wednesday, an even bigger one was looming over the Western Cape High Court: R1-trillion, the estimated cost of South Africa’s nuclear deal with Russia. The legal challenge mounted by two environmental NGOs to the nuclear deal hit the court this week, with an accompanying bevy of protesters. It has been termed one of the most significant state capture court cases South Africa has yet seen. By REBECCA DAVIS.

“No nukes, no bankrupting SA, no enriching Zuma and Co,” read one sign. “Nuclear costs SA equivalent of 1.2-billion buses!” proclaimed another. On a day when South Africa’s economy was already in the spotlight, the small crowd assembled outside the Western Cape High Court had one particular aspect of its future in mind. “Phantsi secret nuclear deal phantsi!” the protesters chanted.

In the legal ring: two NGOs, Earthlife Africa and the Southern African Faith Communities’ Environment Institute (SAFCEI), squaring up against Energy Minister Tina Joemat-Pettersson’s pursuit of 9,600 megawatts of nuclear power. One media outlet referred to it as a “David vs Goliath battle”. That’s accurate in the sense that the two NGOs behind the legal battle are modestly resourced. But when David took on Goliath, he didn’t have one of the most lethal advocates in the country leading his legal team.

Acting for the NGOs is David Unterhalter, who has appeared in countless of South Africa’s most high-profile legal matters – including representing Deputy President Cyril Ramaphosa at the Marikana Commission. In this case, David is armed and dangerous.

The court challenge will not deal with the question of whether or not nuclear power is the right energy source to meet the country’s needs. Opening the arguments for the applicants on Wednesday, Unterhalter said that his team would show that the inter-governmental nuclear agreement with Russia “fails to comply with what is required constitutionally”.

While the government contends that this kind of international agreement is an instance of “executive action”, and thus beyond the purview of review, the applicants maintain that it is “a fairly straightforward case of administrative action” which should have gone before Parliament for resolution. While the Russian agreement was tabled in Parliament, it was not subject to a debate and a resolution of Parliament, despite the state law adviser’s counsel to Minister Joemat-Pettersson that this was required.

Lawyer Adrian Pole subsequently told journalists that they will also argue that the public should have been granted more of a voice in discussions about South Africa’s energy future.

This point was emphasised by the protesters outside court. Criticising the government for making use of “flawed” processes and failing to carry out public hearings, Earthlife Africa’s Makoma Lekalakala described the nuclear process as “shrouded in secrecy”.

Lekalakala said: “This case was filed in the public interest to hold those in government accountable and prevent secret deals leading to corruption.” She also hit out at the possible environmental damage of a large-scale nuclear programme. South Africa is currently dependent on a fossil fuel economy, Lekalakala said. “With nuclear it becomes much worse – it’s not just a question of pollution, but also of [how to dispose of nuclear] waste.”

South Korean activist Kim Yong-Bock was outside court on Wednesday in solidarity with South African protesters – and bearing an urgent message focusing on nuclear safety. Kim said that the local court case was similar to the ongoing debate in Japan about the constitutionality of nuclear plants.

“The security of life in your country is supposed to be protected by your Constitution,” Kim said, warning that after the 2011 Fukushima nuclear disaster in Japan, wrangling continues as to the liability of the Tokyo Electric Power Company. To the nuclear industry, Kim suggested, “it doesn’t really matter if you die or not”.

Looking around at the South Africans gathered outside the court, Kim said: “You are potential victims.”

The issue of the prohibitive cost of the nuclear build was also prominent among the protesters’ concerns. “There are many ways of providing the electricity we need now and in the future without spending R1-trillion or more,” SACSEI’s Ven Tsondru said. Both sun and wind, she suggested, could generate electricity quicker and cheaper than nuclear energy.

Tsondru explained that the court case’s major function was to force government to share both the reasoning behind, and financial details of, the nuclear deal.

The legal proceedings have already forced the government’s hand in revealing certain aspects of the previously secretive nuclear deal. The original court application was filed in October 2015. From papers revealed to the applicants in 2016, the NGOs said that it appeared that despite denials from the governments of both Russia and South Africa, a binding commitment to buy a fleet of nuclear reactors from Russia had already been signed.

On Wednesday morning, protesters were keeping one eye on Parliament, where Finance Minister Pravin Gordhan was due to deliver his Budget speech that afternoon. Ears would be pricked for reference to the nuclear deal, which President Jacob Zuma did not mention in his State of the Nation Address a fortnight ago.

Earthlife Africa’s Lekalakala told the small crowd outside the Western Cape High Court that they expected the Finance Minister to announce in the Budget that afternoon that “we cannot go ahead with nuclear now”. If he were to give endorsement to the nuclear deal, she said, he would be “undermining you and me”.

As it turned out, Minister Gordhan’s Budget did not mention the nuclear deal at all – unless you count a veiled reference to protecting future generations from today’s debt.

To SAFCEI’S Liz McDaid, this was a positive sign.

“We applaud the Minister of Finance for acting in the public interest and not wasting money on the nuclear deal,” McDaid told the Daily Maverick. “We will continue to monitor government with respect to the nuclear deal. If we are successful with our court case, the decision to procure nuclear will be overturned.” DM