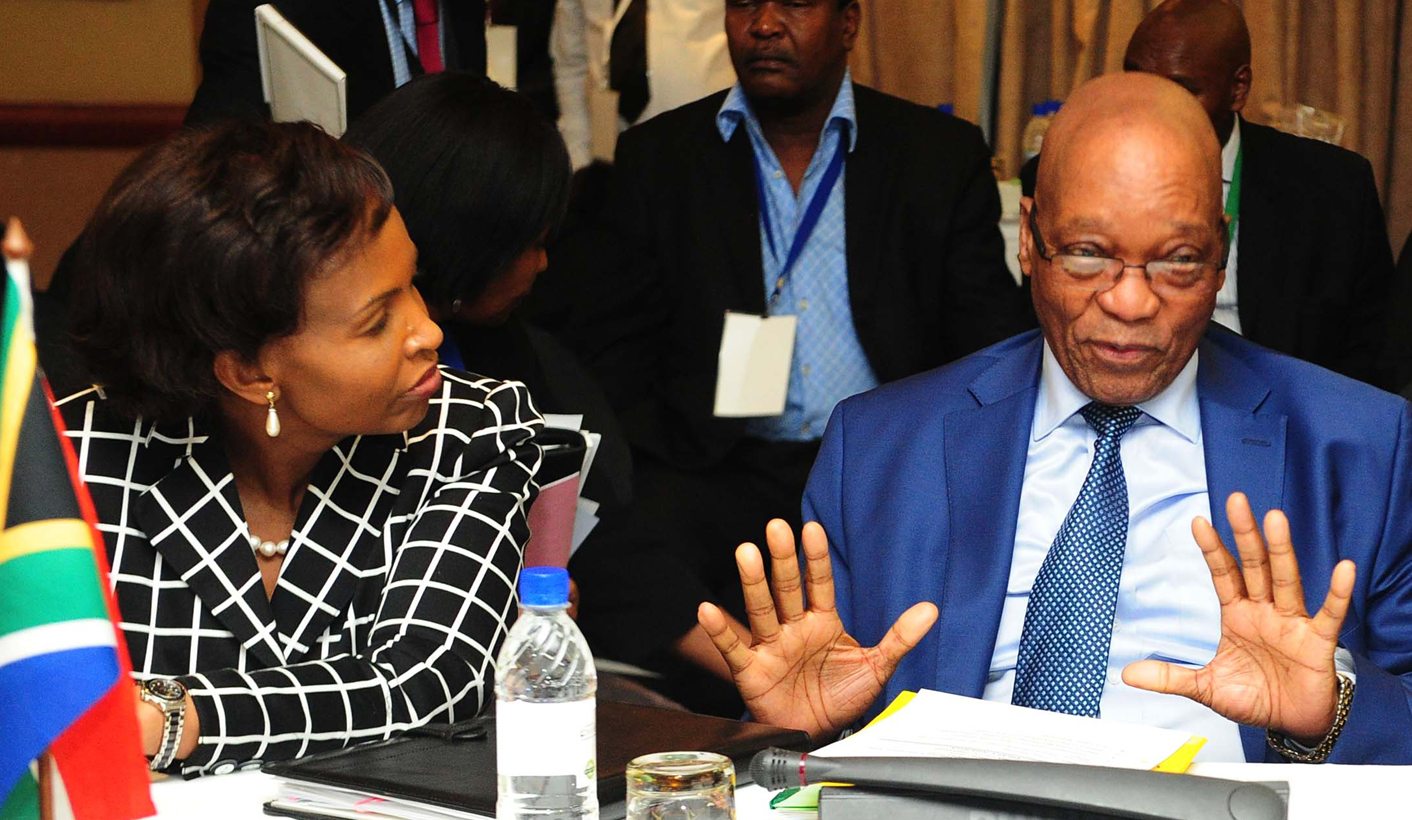 In yet another stinging rebuke for the national executive’s senior legal advisers, the High Court in Pretoria found that South Africa’s hasty decision to withdraw from the International Criminal Court was unconstitutional and therefore invalid. If the President wants to try again, he will have to get Parliament’s approval first. By SIMON ALLISON.

In October last year, South Africa abruptly announced its intention to withdraw from the International Criminal Court, triggering a one-year notice period. This announcement was accompanied by a formal notice of withdrawal, delivered to the United Nations in New York, signed by international relations minister Maite Nkoana-Mashabane.

But according to a High Court judgment, delivered on Wednesday morning, Nkoana-Mashabane did not have the authority to sign that document. Nor did anyone else from the executive branch, up to and including the President. Because the decision was made so quickly, and without approval from Parliament, that notice of withdrawal is unconstitutional, and must be revoked.

“The national executive does not have and was never intended to have the power to terminate existing international agreements without prior parliamentary approval… The inescapable conclusion is that the notice of withdrawal requires the imprimatur of parliament before it is delivered to the United Nations,” said judge Phineas Mojapelo as he summed up the unanimous verdict in court. The court ordered President Jacob Zuma, Nkoana-Mashabane and Justice Minister Michael Masutha to revoke the notice.

It is likely that government lawyers will appeal this decision, and apply for urgent access to the Constitutional Court to do so.

The case hinged on a constitutional interpretation of the separation of powers between the executive and legislative branch of government. While the executive branch has unfettered power to enter into international treaties, in its precedent-setting judgment the court found that it cannot withdraw from those same treaties without legislative approval.

“The absence of a (specific) provision in the Constitution for the executive to terminate any international agreement is confirmation of the fact that such power does not exist until Parliament legislates for it,” said Mojapelo, adding that such a provision would have been “unwise”.

The case was brought before court by the Democratic Alliance, and the opposition party was delighted with the result. “We are now looking forward to the revocation of the notice of withdrawal,” said DA MP James Selfe.

It’s unlikely that any revocation will be forthcoming until the appeal is heard, however. And even if the appeal upholds the High Court’s decision, there is nothing to prevent the government doing it all over again – but this time, following the correct procedure and consulting Parliament.

This is an important point. The High Court explicitly said it was not ruling on the substance of the decision to withdraw from the ICC, finding that this was a policy issue. In other words, the court said that how the government withdrew from the ICC was unconstitutional, not the act of withdrawing itself.

But if the government is eventually forced to go to Parliament for approval, it can expect a bruising battle. Opposition parties, in particular the DA and the Economic Freedom Fighters, have been vocal in their criticism of the decision, and are likely to put up a fight that could delay approval for months.

The issue may also be a factor in the run-up to and aftermath of the ruling African National Congress’s internal leadership vote in December this year. Even if a new notice of withdrawal is lodged with the ICC by then, the one-year notice period will extend into the new leader’s tenure, giving them the opportunity to re-examine the issue.

The High Court’s decision comes just weeks ahead of the April 7 meeting scheduled in The Hague, where South African lawyers and diplomats will meet with ICC chief prosecutor Fatou Bensouda and representatives from the United Nations to discuss South Africa’s failure to arrest Sudanese President Omar al-Bashir when he visited South Africa for an African Union summit in June 2015. Bashir has been indicted by the ICC for crimes against humanity and genocide, but South Africa argued that he was immune from arrest as a head of state attending a continental gathering. This issue lies at the root of South Africa’s dissatisfaction with the ICC, and was cited by Nkoana-Mashabane in a statement appended to the notice of withdrawal. DM