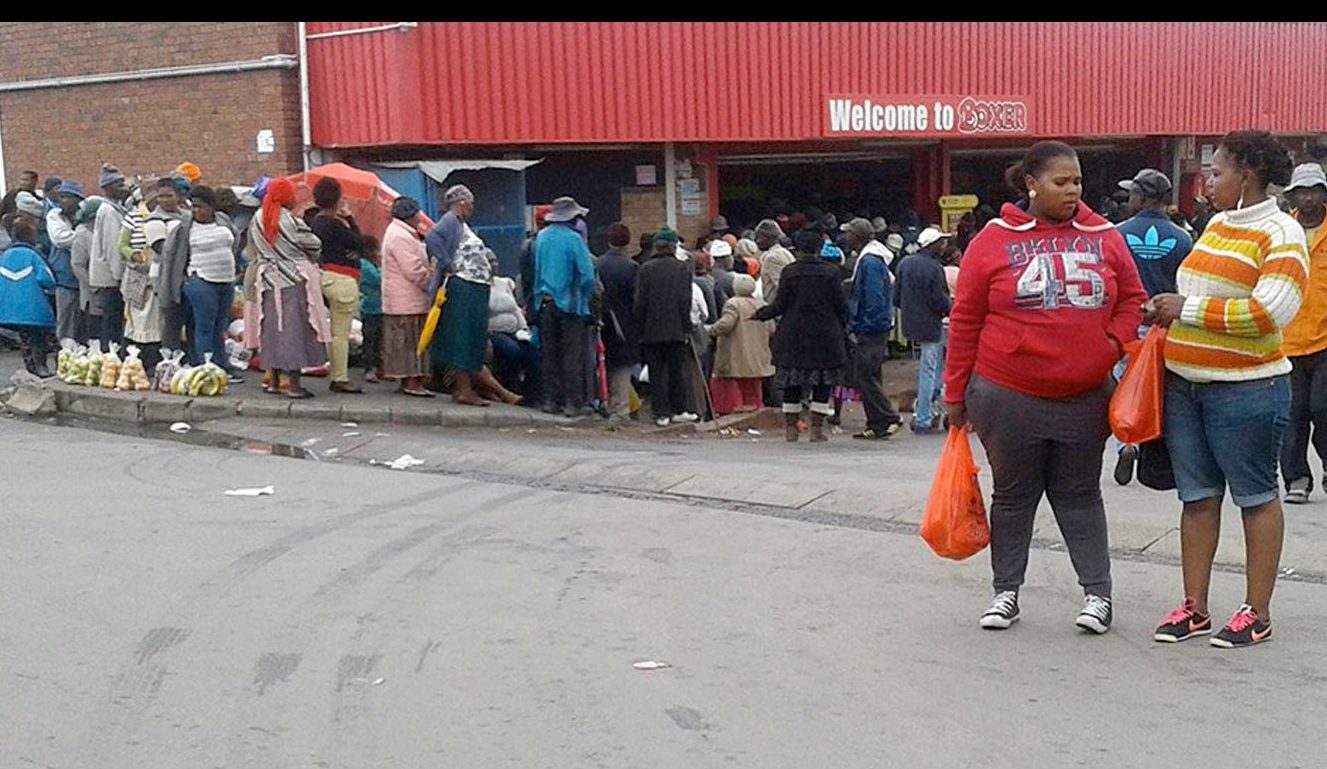 MPs have been told that a new contract for delivering social grants will stay within budget. By Barbara Maregele and Alide Dasnois for GROUNDUP.

The South African Social Security Agency (SASSA) is preparing to negotiate a new contract with Cash Paymaster Services (CPS) for the payment of social grants, and the negotiations will be “tough”, the director-general for Social Development, Zane Dangor, told Parliament on Wednesday.

Briefing the Social Development portfolio committee on the next stage in the stalled process of the takeover by SASSA of the payment system by April 1, Dangor denied rumours that SASSA would have to pay CPS much more than the current contract.

SASSA said the negotiations would have to fit into its allocated budget of R2.3-billion a year.

SASSA has admitted its failure to take over the payment system by the April 1 deadline as planned and has said leaving the system with CPS presented the least risk and would ensure that 17-million beneficiaries continued to receive their grants on April 1.

There has been speculation that by leaving the renewal of the CPS contract so late, SASSA has given CPS the upper hand and could be forced to pay up to R1.3-billion more on a new contract. But Dangor said SASSA could not pay this. “So the negotiations are going to be tough,” he said.

Asked by DA MP Lindy Wilson what would happen if CPS insisted on increasing the administrative fee — currently R16 per grant — Dlamini said she could not answer without pre-empting the negotiations. But, she said, “we will be guided by the available budget”.

She said if the response from CPS seemed unreasonable, “we will have to go back to the drawing board”.

MPs were told that SASSA was preparing other options in case the negotiations with CPS failed. These included options involving the banks and the Post Office. But, SASSA CEO Thokozani Magwaza said the problem was that the Post Office had only 2,567 outlets, mostly in peri-urban areas, while the current system offered 10,000 outlets, mostly in rural areas. Dlamini said that in Matatiele, for instance, there were 132 SASSA paypoints but only six post offices.

Several MPs questioned officials and the minister about an approach to the Constitutional Court, which ruled the CPS contract invalid in 2014 but suspended its invalidity temporarily so that grants could continue to be paid.

MPs wanted to know if the court had been requested to extend the contract. SASSA official Zodwa Mvulane said following advice from its legal team, SASSA would not submit a request but a “progress report” to the court, on March 31. This report would indicate “what the new contract will be” and include a timeline and costs, and details of progress.

She said negotiations between SASSA, the National Treasury and CPS would begin next week.

In the longer term, SASSA was considering 18 bids from banks, the Post Office and others for the payment of grants. “We have a five-year plan to be a paymaster,” she said.

Dlamini defended the current contract with CPS. The number of grant recipients had increased gradually, she said, the grants were being paid effectively, and South Africa’s grant payment system had inspired other countries to come and look. “We are doing very well,” she said.

She assured MPs that there would be no disruptions to the payments of grants. “It might seem like we haven’t been doing anything, but a lot has been happening.”

Committee chairperson Rosemary Capa reprimanded those who have expressed concern that SASSA’s failure to meet the March 31 deadline might put grant payments in jeopardy. “Stop terrorising the poor,” she said. DM