Zimbabwe: Wanted, Dead or Alive – Grace says Mugabe’s influence will be felt beyond the grave 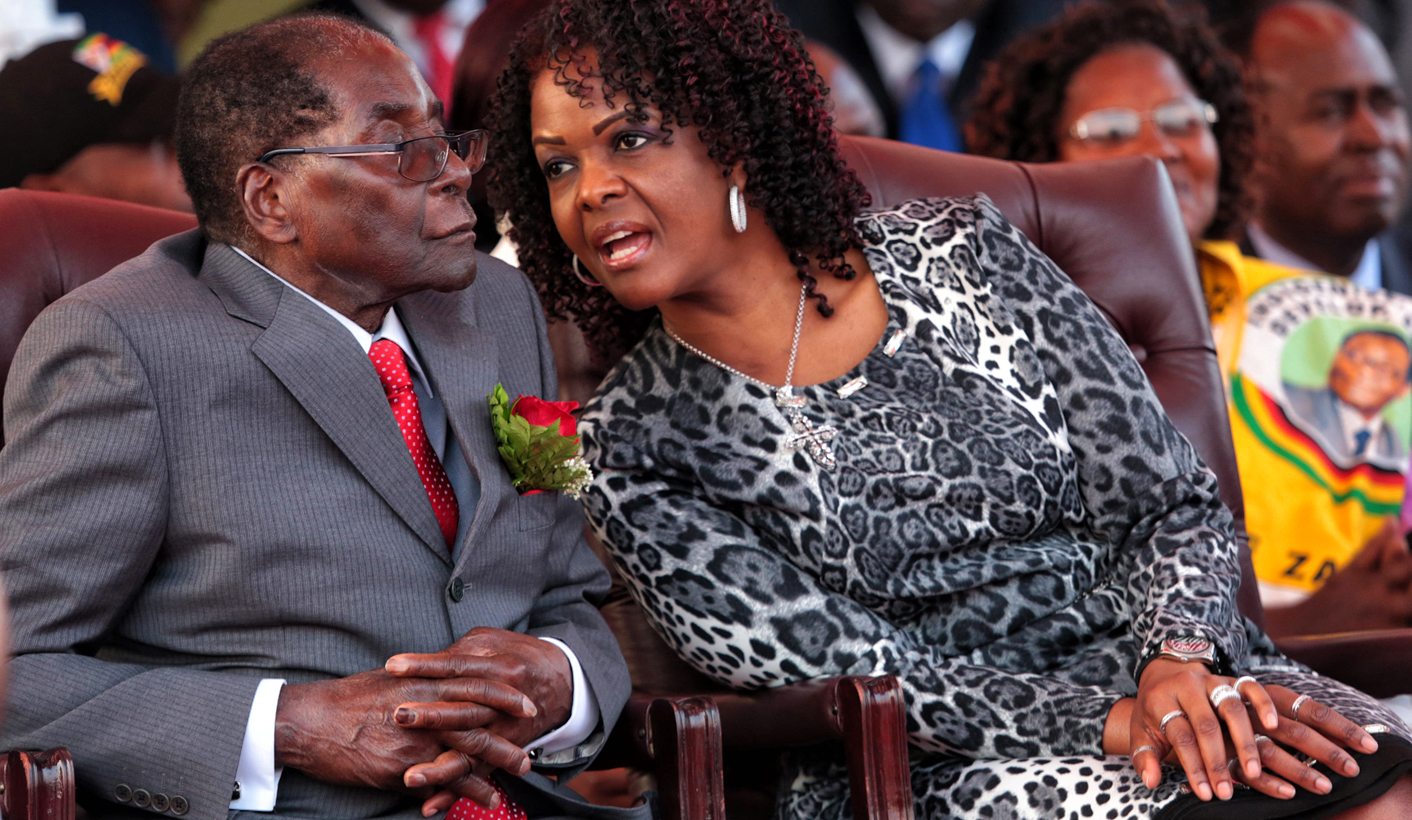 Robert Mugabe’s wife, Grace, says that even Mugabe’s corpse would win an election. She has a point. While we think we can rule out a zombie resurrection, it would be naïve to think that Mugabe’s influence would disappear upon his death. By SIMON ALLISON.

In the byzantine internal politics of Zimbabwe’s ruling party, Grace Mugabe is a major contender to succeed her husband, the president – both as party leader and head of state. Except that she appears to be campaigning for another candidate: not Robert Mugabe himself, but his ghost.

“One day when God decides that Mugabe dies, we will have his corpse appear as a candidate on the ballot paper. You will see people voting for Mugabe as a corpse. I am seriously telling you – just to show people how people love their president.”

Grace Mugabe was speaking at a rally in Buhera, a rural town south-east of Harare, on Friday. This was, officially, the beginning of campaigning for the Zanu-PF Women’s League ahead of the 2018 presidential election, and Mrs Mugabe was setting out her stall.

Strategically, Grace has little option but to hitch her wagon to her husband’s star. In the absence of liberation war credentials (she was too young), or her own constituency, that relationship is the foundation of her still nascent political career. And if Mugabe really is going to rule from the great beyond – and let’s face it, his political career already feels like an exercise in immortality – then who better to channel his spirit than his wife?

No one is taking Grace literally, of course. We’re not talking decree-by-Ouija board. But she’s right on one thing: Robert Mugabe’s influence will be felt beyond the grave. No, his name won’t be on any ballot papers, but there is no doubt that it will haunt Zimbabwe’s future for generations to come.

Rarely has a nation been so defined by the actions (and inactions) of one man. Like some kind of malignant deity, Mugabe sought to forge Zimbabwe in his own image. By and large, he has succeeded. State House has only ever had one occupant, and so much of what has come to define politics in Zimbabwe can be traced back to his office: the endemic corruption, on display at every police checkpoint; the ruthless power struggles within the ruling party; the brutal suppression of political opposition; the co-opting of state resources for personal gain; the shallow populism of the campaign trail, the jury-rigged electoral system that gives the dictatorship its democratic fig leaf.

Should Mugabe be succeeded by his wife, or by another Zanu-PF cadre – Vice-President Emmerson Mnangagwa is the most likely candidate – then this devastatingly effective modus operandi will get a new lease on life. Mugabe himself might not be in power, but his methods will outlive him. And even if, somehow, the opposition first gets its own house in order, and then surmounts the enormous obstacles to power that lie in its path, there can be no overnight revolution. Zimbabwe won’t wake up one morning and be cured of authoritarianism. The culture that Mugabe has cultivated for 37 years and counting is steeped into the fabric of the police, the military, and the civil service. It might take just as long to disappear completely.

Not that Mugabe should be written off just yet. He might be old and frail, but his faculties remain intact, for the most part, and his special brand of political genius is as powerful as ever. This weekend, he strongly suggested to state media that he would run as a candidate in the 2018 election – and that he expected to win. “They want me to stand for elections, they want me to stand for elections everywhere in the party. The majority of the people feel that there is no replacement, successor who to them is acceptable, as acceptable as I am. The people, you know, would want to judge everyone else on the basis of President Mugabe as the criteria,” he said.

He’s right, even if those judgements may not be as flattering as the president would imagine. Like it or not, dead or alive, Mugabe will define the political criteria in Zimbabwe for a long time to come. DM