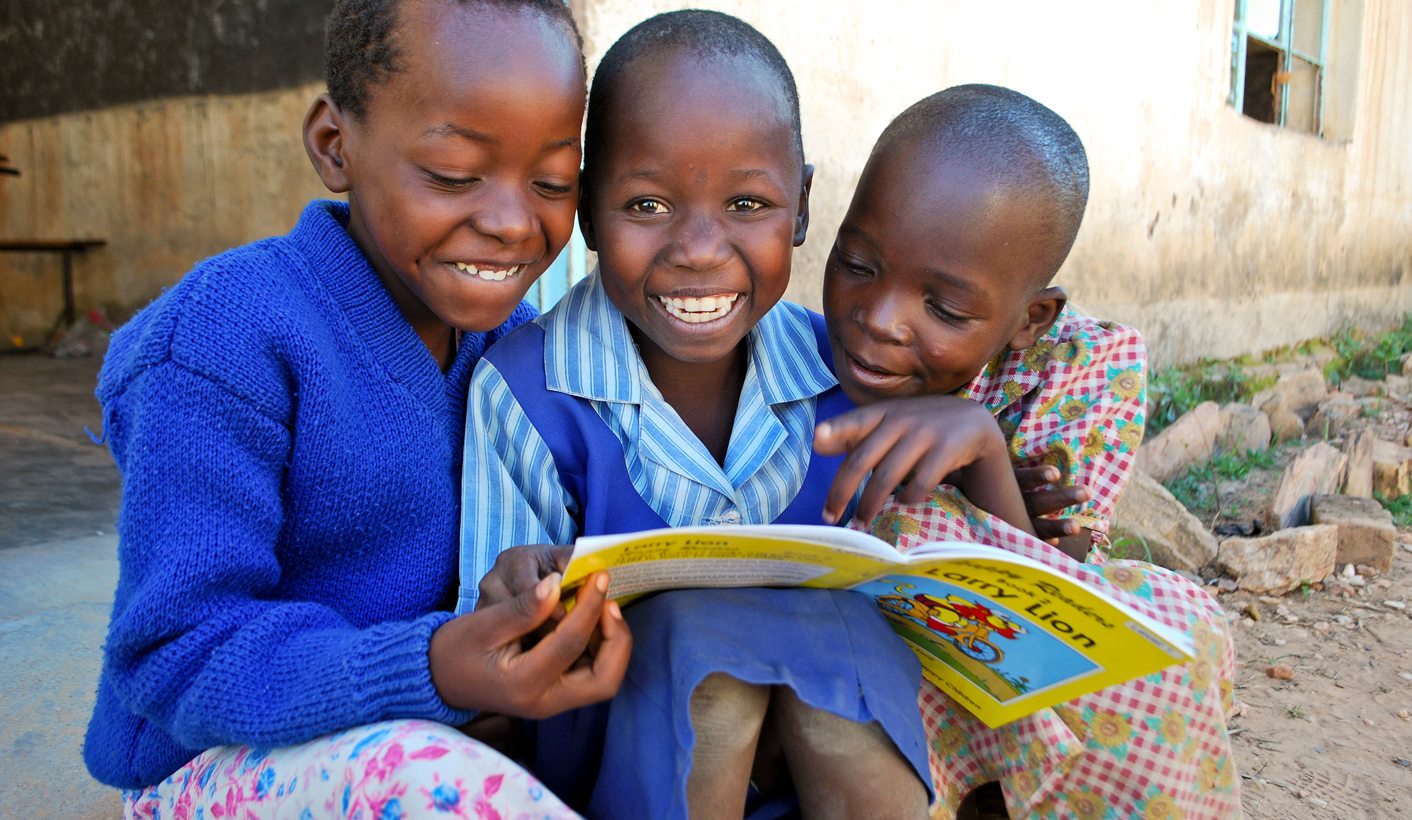 Zimbabwe’s education system was once the pride of Africa, and through decades of dictatorship has continued to produce generations of skilled graduates. But a raft of controversial new changes may bring the whole system crashing down, critics fear. By MAKO MUZENDA.

To say Zimbabwe is in a mess would be a severe understatement. Think corruption, pothole-ridden roads, and a flailing economy that has pushed millions of people to live and work elsewhere.

But despite all the gloom and doom, there’s one thing that Zimbabweans treasure and are fiercely proud of: our education system. With one of the highest literacy rates in Africa, and a radical education policy dating from the 1980s that guarantees free primary school education for all citizens, the country’s education system has served as that bright, shiny gem that couldn’t be dimmed by any circumstance.

Minister of Basic and Primary Education, Dr Lazarus Dokora, has rolled out several changes to Zimbabwe’s education curriculum, changes which came into effect in January of this year. Critics fear that these changes threaten to dismantle the education system that was once considered the pride of Africa.

Dokora’s new measures banned scripture unions and a national pledge was introduced, to be recited in school assemblies after singing the national anthem. The pledge, initially launched in 2016, has been met with opposition. For some parents it came into conflict with their religious beliefs, and they were uncomfortable with swapping prayer for pledge. For others, it was an unnecessary politicisation of young children. Nevertheless, the education ministry pushed ahead with the addition, and soon other elements would be added to the education curriculum.

Religious education (often centred on Christianity) was removed and replaced with Islamic Studies. The supposed reasoning behind this was to move away from a heavy focus on Christianity and broaden the curriculum to accommodate other religions. Although Zimbabwe is a predominantly Christian country (85% of the population identifies as Christian, according to a 2012 demographic survey), it was considered unfair that other faiths were ignored when it came to religious education.

The response was harsh. Minister Dokora was labelled a Satanist, as someone canoodling with Muslims at the expense of God-fearing Christians. This may seem ludicrous to outsiders, but it’s important to understand the stronghold Christianity has in Zimbabwe. There is religious freedom and tolerance, but Christianity sits at the top of the pyramid. And the decision to remove the study of Christianity from the curriculum of young and impressionable minds was interpreted as a step too far in the name of modernisation.

In the centre of this all is Dokora, who became minister of education in 2013. Many of the criticisms and attacks on the curriculum changes have been personally aimed at the minister. Called a failure and incapable of fulfilling his role as minister, one newspaper has gone so far as to give him the title “Cyclone Dokora”.

Nevertheless, he has persisted in his quest for what he deems a modernised and all-encompassing curriculum. Mathematics shall now be taught in Shona and Ndebele for Grade Zero until Grade Two, a move meant to ensure that pupils can grasp new concepts better in a language that is familiar to them. O Level students doing ZIMSEC (the country’s examination board) will now be required to do seven compulsory subjects, and they’re allowed a maximum of 10. That leaves them only three subjects that they can choose for themselves.

The compulsory subjects include Agriculture, Physical Education, Sport and Mass Display, and Heritage Studies. In addition to this already substantial load, the education minister introduced the study of French, Swahili, Mandarin and Portuguese into secondary schools. These changes are too much, too fast, experts suggest, and the speed of these implementations has caused alarm and concern about just how effectively this new curriculum will affect schoolchildren.

The rushed implementation of the changes to the curriculum is a major concern for Raymond Majongwe from the Progressive Teachers Union of Zimbabwe. “The speed with which the ministry (of education) has implemented the programme is so unbelievable that a crash is inevitable,” he said.

Majongwe agrees that a curriculum review of the Zimbabwean education is long overdue, but his question is, why now, and why is the government in such a rush to implement it? President Mugabe initially ordered a commission of inquiry into the curriculum in 1999, with a complete review of the system due in 2000. That was the same year as the controversial land reform programme, and something as unexciting as a curriculum review took the back seat to the fight for economic independence and land. Only now, a good 17 years later, has the government decided to implement some changes.

However, these changes have been far from efficient and effective, says Majongwe. “The entire process is pregnant with issues of lack of seriousness, lack of consultation and engagement with stakeholders, and a lack of ranking of priorities.”

He points to the removal of science subjects as a requirement, and the new emphasis on Agriculture, Mass Display and Heritage Studies. The last two subjects are a particular point of concern. “Sport and Mass Display has no references, no texts, no teaching materials. It is a form of political hypnotisation, meant to glorify individuals and parties,” says Majongwe, emphasising the absurdity of the whole process. “There is no regard to the budgetary aspect. Who is funding this? How much will it cost? Where is this money coming from? Why are all these issues shrouded in secrecy?”

Change is good, especially when it comes to what and how children are taught in institutions of education in a fast-paced world of learning and unlearning. However, change has to be well thought-out, well planned, and most important, well executed. This has not been the case with the changes in Zimbabwe’s education curriculum. It has been rushed, parents and teachers feel excluded from the process, and it threatens to widen the already large gulf between government schools and the small group of elite private institutions.

Is the unthinkable possible, that the mighty giant that has been Zimbabwe’s education sector will be the next to capitulate? DM

Photo: Tatenda, age 8, Chipo, age 9, and Trish, age 8 (left to right), share a story book during class at Matau Primary School in Zimbabwe. May 4, 2011 (Photo by Eileen Burke for © Save the Children)