It’s the silence that kills us: The sad case of Dan Vickerman 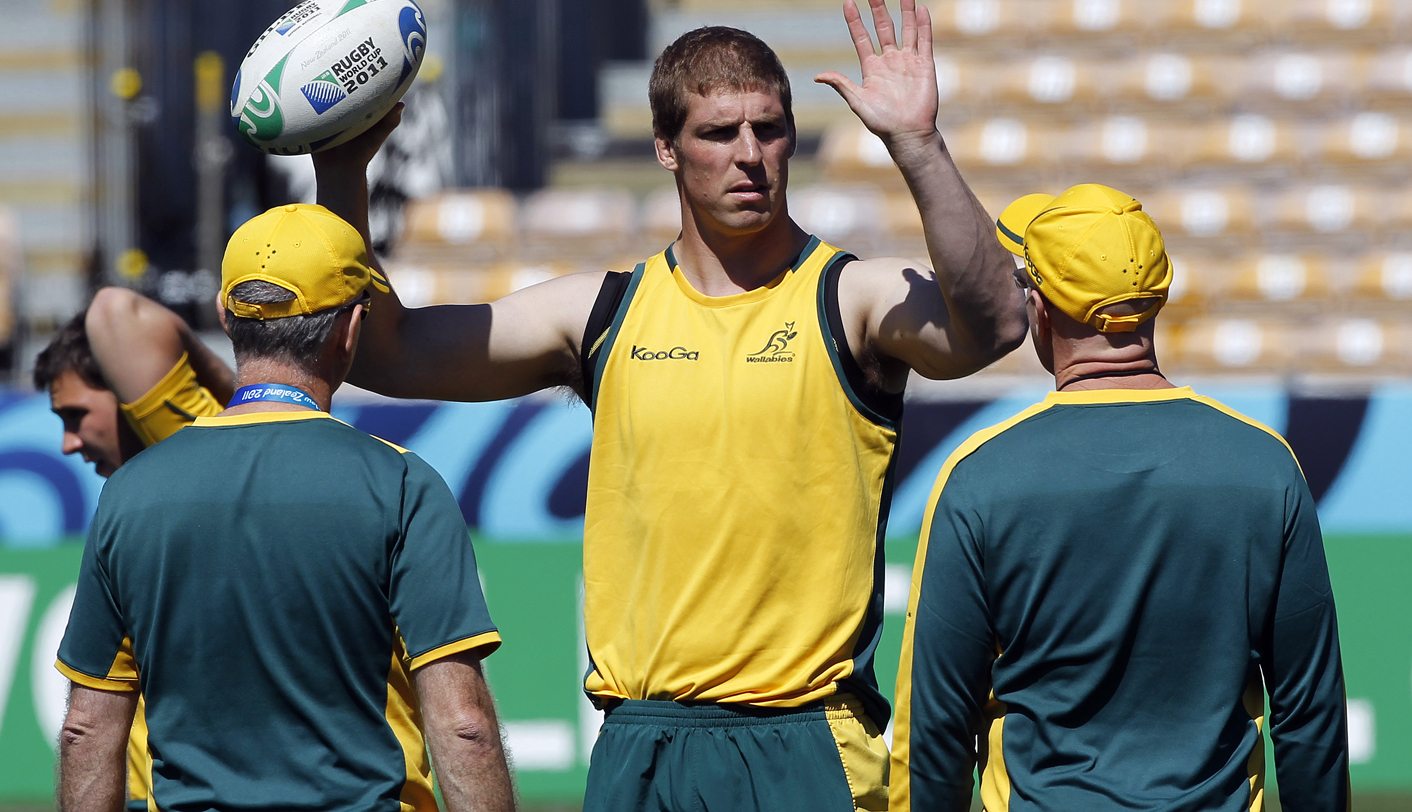 Dan Vickerman’s death serves as another reminder that we are still too silent on the issues of the mind and what we as a society value as being tough, is often completely contrived. By ANTOINETTE MULLER.

Cape Town-born rugby player, Dan Vickerman, who played 63 Tests for the Wallabies between 2002 and 2011, and represented both the Brumbies and Waratahs died at his home on Saturday night. He was 37 years old.

“Dan was an uncompromising competitor who forged a wonderful international rugby career despite a number of injury setbacks along the way,” the Australian Rugby Union chief executive, Bill Pulver, said on Sunday.

“He was an enforcer on the field and a much-loved character off the field. He cared deeply about the game and the players, helping players transition into life after rugby in his role with RUPA following his retirement.”

In the wake of Vickerman’s death, rugby – and society in general – has to take a long, hard look at itself. It would be foolish to veer into what could have been done to prevent this horror, but it is an opportunity to talk about the issue of depression amongst sports people.

Society has long revered the strong and silent types, often collectively shrugging off speaking out about mental struggles as a “sign of weakness”. This attitude is, perhaps, even more prevalent in dressing rooms of macho sports where players just get on with things even if their noses are broken or their ligaments are torn to shreds. We celebrate these things as evidence of being “hard”. In some circles and when it comes to issues like concussion, we even make light of them, even if the clinical research points to serious repercussions.

And these are physical ailments we can see. Mental illness isn’t always so visible, making it even more difficult to explain to those who relate toughness to physical scars. Even more pertinent is the issue of what happens to players when they leave that space. Those at the top of their game spend a decade or more in a structured environment where victory and defeat comes in a neatly packaged box. The wins and losses that follow retirement are far more subtle and Vickerman was no stranger to those.

In fact Vickerman was due to deliver a keynote address on exactly that issue at a forum in Sydney over the weekend. He was the poster boy for it having moved from player to student at Cambridge, property developer and eventually chairman of a joint Australian Rugby Union and Rugby Union Players’ Association committee dedicated to player development.

He had also privately confided in his friends and family about his struggles with switching from being a professional sports person to just a professional.

We cannot speculate how those conversations played out and no blame can or should be directed over what “could have been”, but it does highlight the need to not only normalise these discussions, but ensure that those who are having them know where they can turn to for professional assistance.

Mental health struggles in professional sport – during or after an athlete’s career – are not anything new. There has been some research done on the risk of professional athletes suffering from mental health issues, but it’s far from comprehensive. And while psychologists and psychiatrists are increasingly becoming part of team set-ups, they largely deal with issues surrounding recovery from injury and the effects of a loss – be it the team or loss of form.

But while the data is lacking, a handful of players have publicly spoken about their battles. In 2016, former Scotland international Rory Lamont told The Times that he had serious troubles since being forced to retire through injury back in 2013. Lamont said: “You’re thinking: ‘I don’t want to live like this. I’d rather die. Maybe if I’m lucky I’ll get struck by lightning or step in front of a bus.’ Coming out of rugby, my world pretty much collapsed.”

Andy Powell, former Welsh international, also spoke out last year about how difficult he found retirement and echoed the idea that the perception of suffering from depression somehow makes you not as tough.

“I’ve grown up with this big macho image. They say rugby’s a hard man’s game so, if you admit you have depression, are people suddenly going to think you’re a softie?” he said.

“I wasn’t suffering from it (depression) when I played for Wales – it was more over the last two years. It’s all hunky dory when it’s going well but when it stops you crash down to earth.”

Off the record and anonymously, players and coaches will speak about these struggles in the dressing room. Once you start to scratch beneath the surface, it becomes quite apparent that you don’t really need a comprehensive study to know that just like ordinary people, professional athletes are wrestling their own demons.

The easy question is whether rugby is doing enough to start these conversations and is it doing enough to ensure that players who are suffering in silence know where they can go – both during and after their playing careers?

The actual question should be whether society is doing enough. Sport is merely a mirror of our society and what we consider the benchmark for being “tough” is often contrived. We increasingly normalise bad habits. From bragging about working 17 hour days thinking it’ll make us look like a model employee to our Facebook friends, despite the fact that it’s a terrible idea, to thinking that excessive alcohol consumption is somehow the benchmark for how much fun you had on a night out. Our standards are completely warped and our hushed murmurs to breaking stigmas are only making it worse.

The news of Vickerman’s death comes not long after Nigel Owens, the renowned referee, revealed just weeks ago that he attempted to take his own life because of a perceived notion that being gay in “his line of work” was a taboo.

The two cases are, quite obviously, very different, but they are woven together by an underlying silence that drives young men and women to feel alienated in today’s society. Depression is not a terminal illness. It’s the silence that makes it so. DM

If you are or anyone you know is struggling with mental illness or depression, get help here: