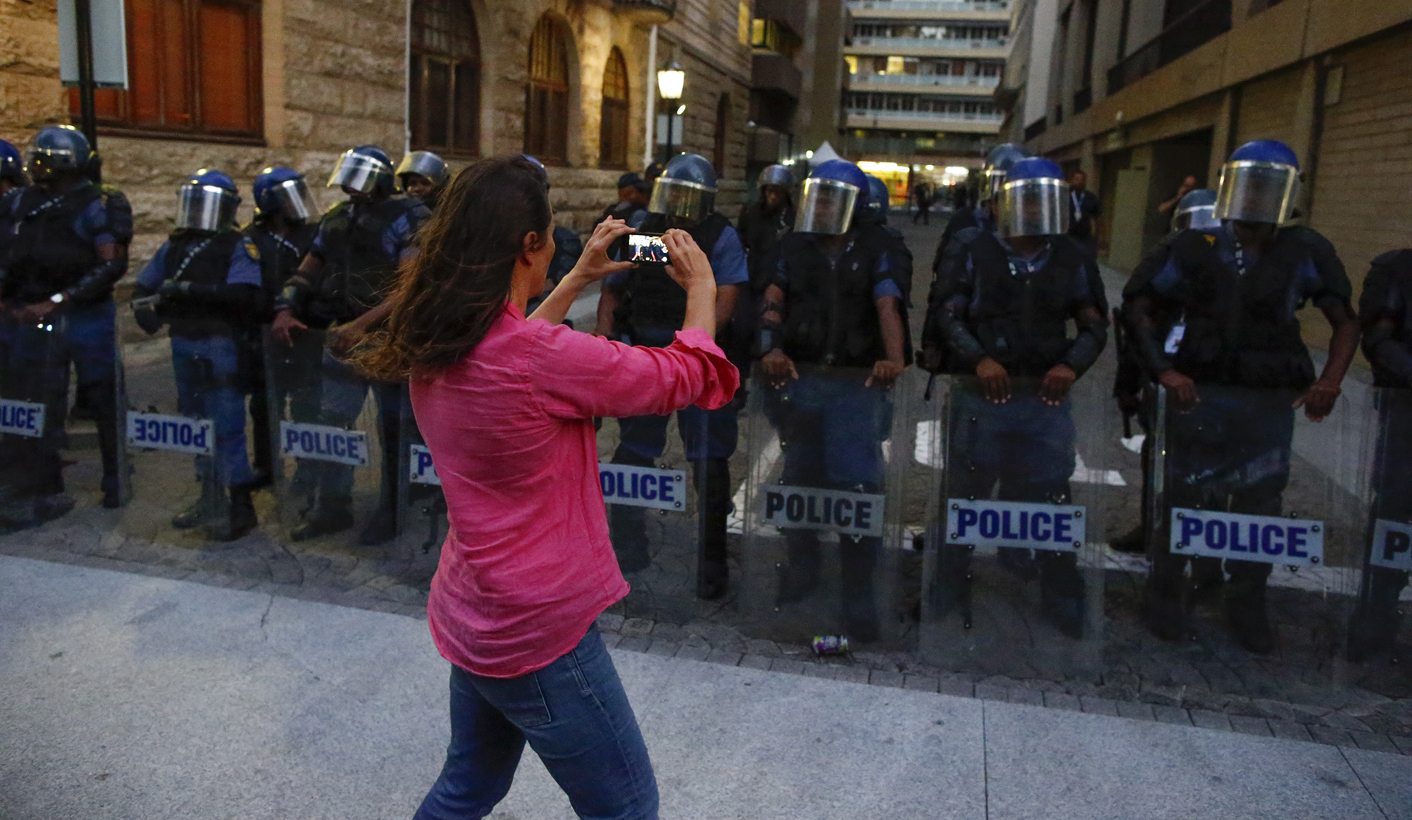 Deploying the military with the police for security in Parliament is a risky business. For example, the deployment was not gazetted – and there appeared to be no discernible threat that the police could not handle. By Gareth Newham and Johan Burger for ISS TODAY.

Shortly before his annual State of the Nation address earlier this month, South Africa’s President Jacob Zuma announced that he had authorised the “employment” of 441 members of the South African National Defence Force (SANDF) “for service in co-operation with the SA Police Service (SAPS) to maintain law and order during the opening of Parliament” .

The decision caused widespread concern – and was severely attacked by opposition parties. The Democratic Alliance (DA) accused Zuma of attempting to shield himself from criticism, while the Economic Freedom Fighters (EFF) described the move as a “declaration of war” on citizens – and urged the soldiers to disobey Zuma’s orders.

While the president’s statement made the deployment of the military with police sound almost matter of fact, in reality this is not the case.

The police are trained and equipped to maintain order and enforce the law within the borders of South Africa. The military is equipped, trained and mandated for a very different role, namely to protect the country from foreign attack. It is also deployed as part of South Africa’s contribution to peacekeeping operations on the African continent. The question therefore arises as to when, if ever, it is appropriate to deploy the military together with the police in response to a perceived or real domestic security threat.

To answer this question, one must look at the legal framework that addresses such deployments. The obvious starting point is the South African Constitution, and in this instance, Section 201, which states that: “Only the President … may authorise the employment of the defence force … in cooperation with the police service…” and that when the SANDF is employed for such a purpose, “…the President must inform Parliament, promptly and in appropriate detail, of … the reasons for the employment …; any place where the force is being employed; the number of people involved; and the period for which the force is expected to be employed”.

Aside from the above, the Constitution does not elaborate on the nature of the duties of the defence force when “employed in co-operation with the police service”.

The Defence Act (No. 42 of 2002) does not provide additional clarity either. All it says, in Section 20(1), is that a member of the SANDF who is “utilised for the execution of services under such employment has the same powers and duties as those conferred or imposed upon a member of the South African Police Service” (emphasis added).

The only exclusion here is the investigation of crime (Section 20(2)).

Section 20(11), however, adds a provision that Defence Force members accordingly employed must receive “appropriate training prior to such employment and must be properly equipped”.

It follows that where the military are employed in co-operation with the police, and all the above legal requirements are met, they will, for the duration of such employment, have powers similar to the police – such as for searches and arrests of ordinary citizens.

This opens a potential minefield of risks, which was already recognised in 1996 in the White Paper on Defence. According to the White Paper, the SANDF should only be deployed in support of the SAPS “…in the most exceptional circumstances, such as a complete breakdown of public order beyond the capacity of the SAPS, or a state of national defence” (emphasis added). An appropriate example is the wave of xenophobic violence that took place in 2008. In this instance, the military were deployed only after it became clear that the police could no longer contain the situation on their own.

The White Paper presents very specific reasons as to why military involvement in policing duties is not desirable; either on a permanent or semi-permanent basis. Among these is the fact that the military are not (ordinarily) trained or equipped for policing duties – although the Defence Act provides for such training.

The White Paper also warns that military involvement in policing activities may lead to acts of repression, which could undermine the legitimacy of the military in the eyes of the public.

As far as military deployment at Parliament is concerned (beyond a ceremonial capacity), it is necessary to look at the Powers, Privileges and Immunities of Parliament and Provincial Legislatures Act (No. 4 of 2004). Section 1 of this act, read with Section 199 of the Constitution, determines that the SAPS, SANDF and intelligence services constitute the “security services” of the Republic of South Africa.

It is, however, important to look at Section 4 to understand the scope and limitations for the deployment of security services in any part of the Parliamentary precincts. According to this section, there are only two conditions that would justify the presence of the security services in the Parliamentary precincts “for (the) performing of any policing function” (emphasis added).

These are, first, “With the permission and under the authority of the Speaker or the Chairperson”; and, second, “Without such permission, when there is immediate danger to the life or safety of any person or damage to any property, in order to avert that danger. Such action must as soon as possible be reported to the Speaker and the Chairperson”.

From a purely legal point of view, the security services – both military and police – could well be deployed within the precincts of Parliament. However, none of the legal requirements for the employment of the military in support of the police – and certainly none of those set by the White Paper on Defence – appeared to have been applied to the situation at Parliament during the president’s state of the nation address on February 9, 2017.

For example, the deployment was not gazetted – and there appeared to be no discernible threat that the police could not handle. This raises serious questions about the motive behind the deployment – and whether the president himself is not increasingly becoming a threat to our constitutional order. DM