Explainer: SA banks in the dogbox, but what does it all mean? 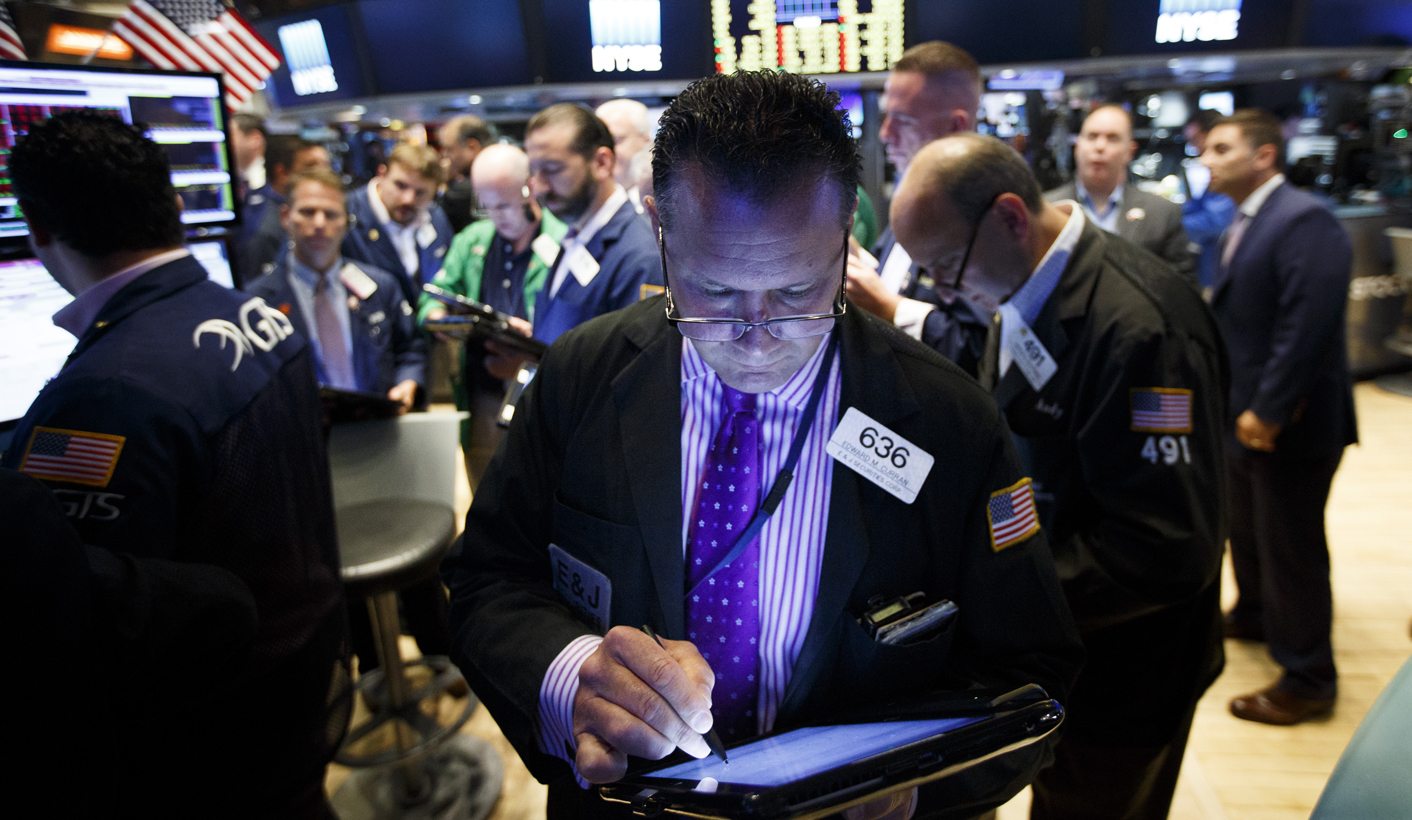 The news that traders at several South African banks may have colluded to fix currency prices has caused outrage. For those unfamiliar with these matters, however, the saga may be hard to get a grip on. REBECCA DAVIS takes a stab at figuring it all out.

So, the bank collusion scandal.

Yep. It’s been one of the biggest stories of the last while, warranting front-page spreads in the Sunday newspapers and causing South Africa’s political parties to call, variously, for heads to roll and the dismantling of the private banking sector. It’s also brought together South Africans of all stripes in righteous indignation, because who doesn’t love an excuse to put the boot into a banker?

Well, not quite. The likes of Black First Land First’s Andile Mngxitama have claimed that the issue has not attracted a sufficient degree of rage, because white monopoly capital always protects its own.

Maybe. But as we’ll see, the issue may be being misunderstood in some quarters.

Okay. Who is involved in this mess?

At present, traders at 17 local and international banks. The South African banks named are Absa, Investec and Standard Bank.

Give us some individual names.

Sunday Times reports that South Africans Duncan Howes, John Daly and Clint Fenton, from Absa and Investec, are among the key figures. Another two are based in the US: Jason Katz and Chris Cummins.

It would appear so. What’s your point?

Just an innocent observation. Do any of these gentlemen face jail?

Not the South Africans. The Competition Commission has explained that the price fixing legislation which could land them in jail only came into law last year.

When did this all happen?

We’ll get to that. It probably involved the 2013 discontinuation of a global platform used to set currency prices.

What exactly are these bad bankers accused of?

Collusive trading in South African and US currencies.

Yes, but what does that mean?

I’m glad you asked. Enter Stuart Theobald, CEO of Intellidex. “What would happen is that traders within banks responsible for placing forex transactions would get in contact with each other, and discuss ways of manipulating the pricing,” Theobald says. “It seems that what happened was the same as when big banks were fined by US and UK authorities in 2015 for currency manipulation.”

So how did they do it?

Theobald explains that traders probably used something called the “Reuters fix”, more formally known as the “WM/Reuters Benchmark Rates”. At 16:00 London time every day, the value of currency is marked. It’s necessary to have this because currency markets never close, unlike the regular stock exchange. It’s important because when contracts are drawn up, they will refer to the Reuters fix as the current value of foreign exchange. Theobald speculates that this instrument is what the traders were manipulating.

Still not with you.

“If you are a trader, and you know that your mining company client is selling a million dollars today, and another client is doing likewise, you can kind of keep those orders in your back pocket until just before 4pm, when the Reuters fix is set,” Theobald explains. “So you can save up all your dollars, and hit the market at once. That will cause a minor disruption in the dollar to rand market, which will move the price. If you tell other traders, they can co-ordinate with you. So you can put a slab of liquidity into the market and move the price together.” The Reuters platform was decommissioned in 2013, which is potentially why the dodgy activity stopped there.

What’s the point of all this?

Not to put too fine a point on it: personal greed. Theobald says that if you know the price of currency is going to move in advance of it happening, you can do a few things. You could use a private account to buy or sell currency, which is “truly criminally deviant”. But you can also use the information to benefit the bank you work for, based on your knowledge of the banks’ long-term positions on particular currencies. “[Traders] all have an incentive to manipulate prices, because they get bonuses based on profit,” Theobald says.

But how much impact could a handful of traders have on global currency markets?

“The markets would have been influenced to a small degree, in the window around 4pm London time,” Theobald says. “Then normal supply and demand would resume. It’s impossible, in a market with literally hundreds of thousands of transactions a day, to make a huge dent.”

How mad should the public be about this?

Well, the exchange rate affects the retail sector directly because it has an impact on the price of both imports and exports, so this isn’t just an airy-fairy game. Also, bankers. “This is an example of bankers being avaricious, individuals being greedy and breaking the law in their pursuit of filthy lucre,” Theobald says.

How have the banks responded?

All the local banks have said that they will work with the authorities to investigate and root out bad apples. They have no choice but to comply, because they stand to lose their banking licences otherwise. Bank shares have already fallen, including those of banks – like Nedbank – not currently implicated.

What penalties do the banks face?

Wait a second. 10% of banks’ annual turnover is truckloads of filthy lucre!

It does seem that way. A Mail & Guardian piece suggested that the combined fines could be enough to wipe out South Africa’s budget deficit: since 10% of Standard Bank’s 2015 revenue, for instance, would be R9.1-billion.

Not so fast. Theobald warns nobody to get too excited at this point. He says it’s most likely that the penalty will be 10% of “affected turnover” – in other words, 10% of the transactions involved. The other issue, he suggests, is that the Competition Commission may face jurisdictional issues, because although some of the players involved are in South Africa, most are not – and international authorities have already doled out fines of their own. “There are no previous examples of a country like South Africa claiming jurisdiction over banks’ prices set in London,” Theobald says. He predicts that if fines do end up being paid, the total amount will be in the millions rather than billions.

Better than nothing. Where does that go?

Probably into the National Revenue Fund. The Competition Commission didn’t respond to our inquiry about that.

The ANC Youth League says banks did this to tank the rand.

Nonsense. “Why would you want to collapse the rand if you’re a bank and all your assets are denominated in rand?” asks Theobald. “It’s rubbish.” It’s also rubbish that neatly fits into the Gupta family’s propaganda war against local banks. Clearer now? DM

Photo: Traders work on the floor of the New York Stock Exchange as financial markets react to a referendum passed in the United Kingdom to leave the European Union in New York, New York, USA, 24 June 2016. EPA/JUSTIN LANE