Op-Ed: The Negotiated Settlement is Dead 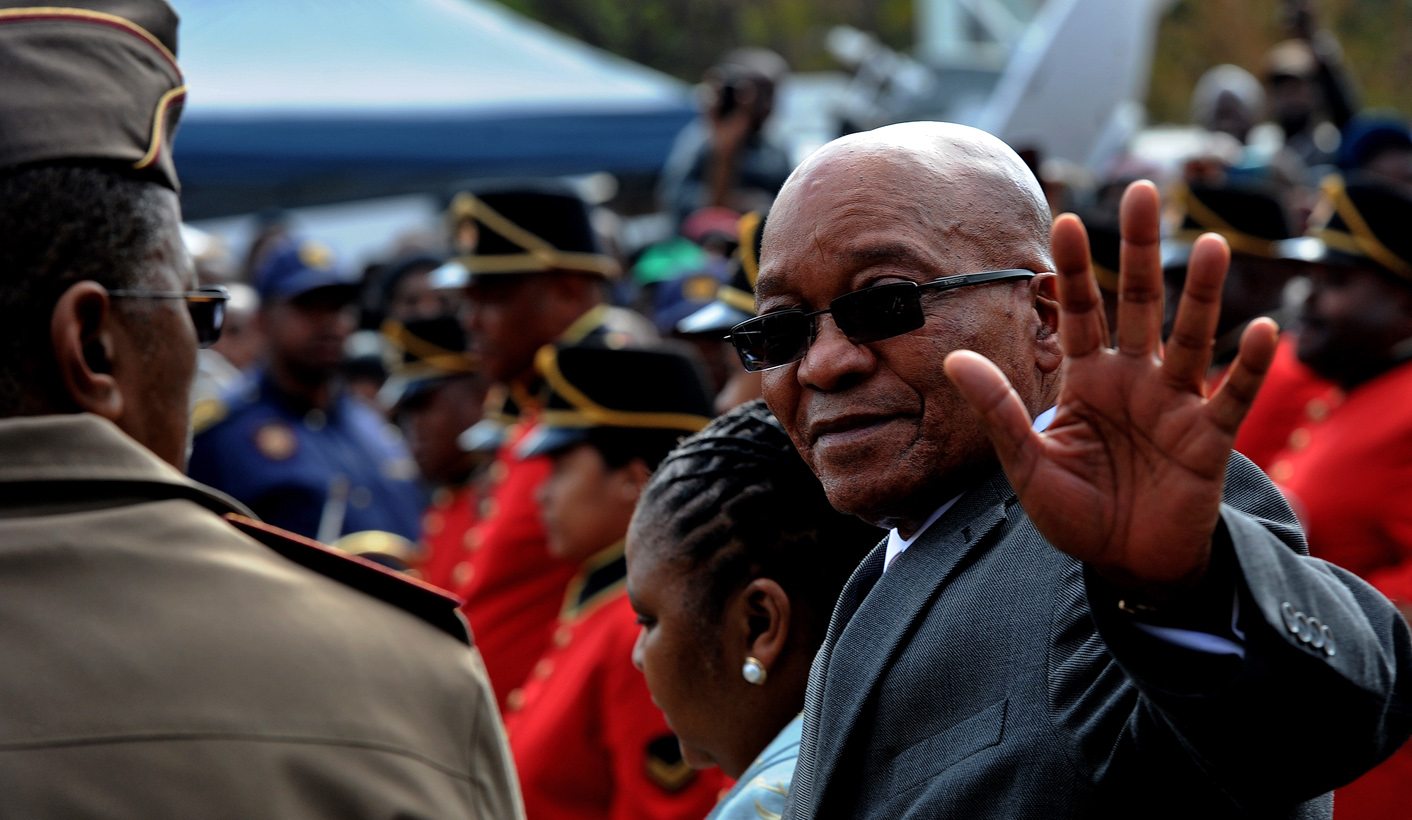 Somewhere between 1999 and 2009 the democratic project in South Africa began to lose its way. The “foul means of apartheid”, it would seem, have reasserted themselves. By MARIUS OOSTHUIZEN.

For the last two decades South Africa’s democratic centre has held together around our Constitution. This pact rested upon the so-called “negotiated settlement”, a ceasefire and arranged “marriage of inconvenience” between the apartheid regime and the African National Congress (ANC). The resultant wholesale transfer of political power, initiated by former president FW de Klerk upon the release of Nelson Mandela from prison, paved the way for a series of democratic firsts for the country.

“Our hope for the future depends also on our resolution as a nation in dealing with the scourge of corruption. Success will require an acceptance that, in many respects, we are a sick society… But it is also a reality of the present that among the new cadres in various levels of government, you find individuals who are as corrupt as – if not more than – those they found in government… More often than not, it is business people who launder funds to curry favour with public servants; it is ordinary citizens who seek to buy themselves out of trouble; it is strange religious leaders who sing praises to criminals or hoard land acquired by the foul means of apartheid. All of us must work together for our redemption.”

Meanwhile in 1999, the first peaceful transition of power from one head of state to another took place as former president Thabo Mbeki was elected the second democratic president of South Africa. But then, Jacob Zuma seized the party leadership and through a slight of electoral hand, grabbed the presidency in 2009. Somewhere between 1999 and 2009 the democratic project in South Africa began to lose its way. The “foul means of apartheid”, it would seem, have reasserted themselves.

President Nelson Mandela, addressing the British parliament in 1999 described the four “founding stones” of the democratic order in South Africa, as that of “national reconciliation”; “a democratic system”; ending the “enormous race and gender disparities in wealth, income and opportunity that we have inherited from our past and whose continued impact on our society necessarily subtracts from the achievement of our goals of national unity and reconciliation”; and the “rebuilding and modernisation of our economy on a high, suitable growth path to end poverty, unemployment and backwardness”.

Although national reconciliation had been achieved and a democratic system implemented by the early 2000s, the latter two foundation stones of reducing disparities in wealth, income and opportunities, and of rapid economic growth, have been illusive. Instead, under Zuma, Mandela’s warning about the scourge of corruption, has come vehemently to the fore. As the clock ticked forward and the years rolled on, so grew up the children of our democratic daydream, the “born frees”. They were born into this arranged marriage of historic injustice and newfound extractive elitism.

During Mandela’s same visit to the British parliament in 1999, he quoted Shakespeare’s Coriolanus in describing the sense of disenfranchisement and dispossession South Africans endured under colonial and apartheid oppression, saying:

We are accounted poor citizens, the patricians good;
What authority surfeits on, would relieve us
The leanness that afflicts us, the object of our misery,
Is as an inventory to particularise their abundance;
Our sufferance is a gain to them.
Let us revenge this with our pikes, ere we become rakes:
For the gods know,
I speak this in hunger for bread,
And not in thirst for revenge.

The disengaged youth who are now lining our streets and those burning our campuses are rejecting the legacy, not only of colonialism and apartheid, but of our failed democratic project. Why would they accept citizenship and celebrate equal rights without any semblance of equal opportunity? Why would they sing Óle, Óle, Óle in a rainbow chorus if they are on the outside of our economy looking in? Why would they settle down, if, from their point of disadvantage, the outcomes of the negotiations were unfair?

Mandela was right, South Africans did not seek revenge as Shakespeare lamented. But he was also right that our reconciliation depends on our economic progress and on inclusion. The hunger that Mandela spoke of has remained for millions of South Africans, particularly the urban poor. The contrast between the abundance of the factional kings in the ANC, the drama queens in today’s Parliament and the new black captains of industry in business, and the lived reality of the underclass, is stark and unsustainable. Their hunger is turning into vengeance, only this time the target of the rage of these “poor citizens” is not their colonial masters, but the masters in their midst today.

We pride ourselves in having created a “peoples’ Parliament”, a representative institution with open access to all the diverse peoples of our land. Only, we miscalculated the likelihood that the fault-lines of our society would manifest so viciously in the benches of our parliament.

If there is a democratic centre to salvage, if there is a leader who can lead that centre, if there are citizens who seek the common good, if there are leaders who lead for the national interest, they would recognise that the negotiated settlement is dead and that the time has come to re-articulate our social compact.

So while the campuses and communities again burn and our aristocrats fiddle with legislation about land reform and the intricacies of “once empowered, always empowered” in the BBB-EE codes, our society is crying out for justice. It is for those who have ears to hear, to answer the call for a new path towards justice and true settlement, rooted in a fair deal for Mandela’s children.

The alternative is too much for our multi-coloured social fabric to bear. DM

Marius Oosthuizen is a member of faculty at the Gordon Institute of Business Science, University of Pretoria, South Africa. He teaches leadership, strategy and ethics. He oversees the Future of Business in SA project that uses strategic foresight and scenario planning to explore the future of South Africa, Africa and Brics.

Photo: President Jacob Zuma waves at the crowd after arriving at the Medi-Clinic Heart Hospital in Pretoria on Thursday, 18 July 2013 to visit former president Nelson Mandela on his 95th birthday. Picture: Werner Beukes/SAPA