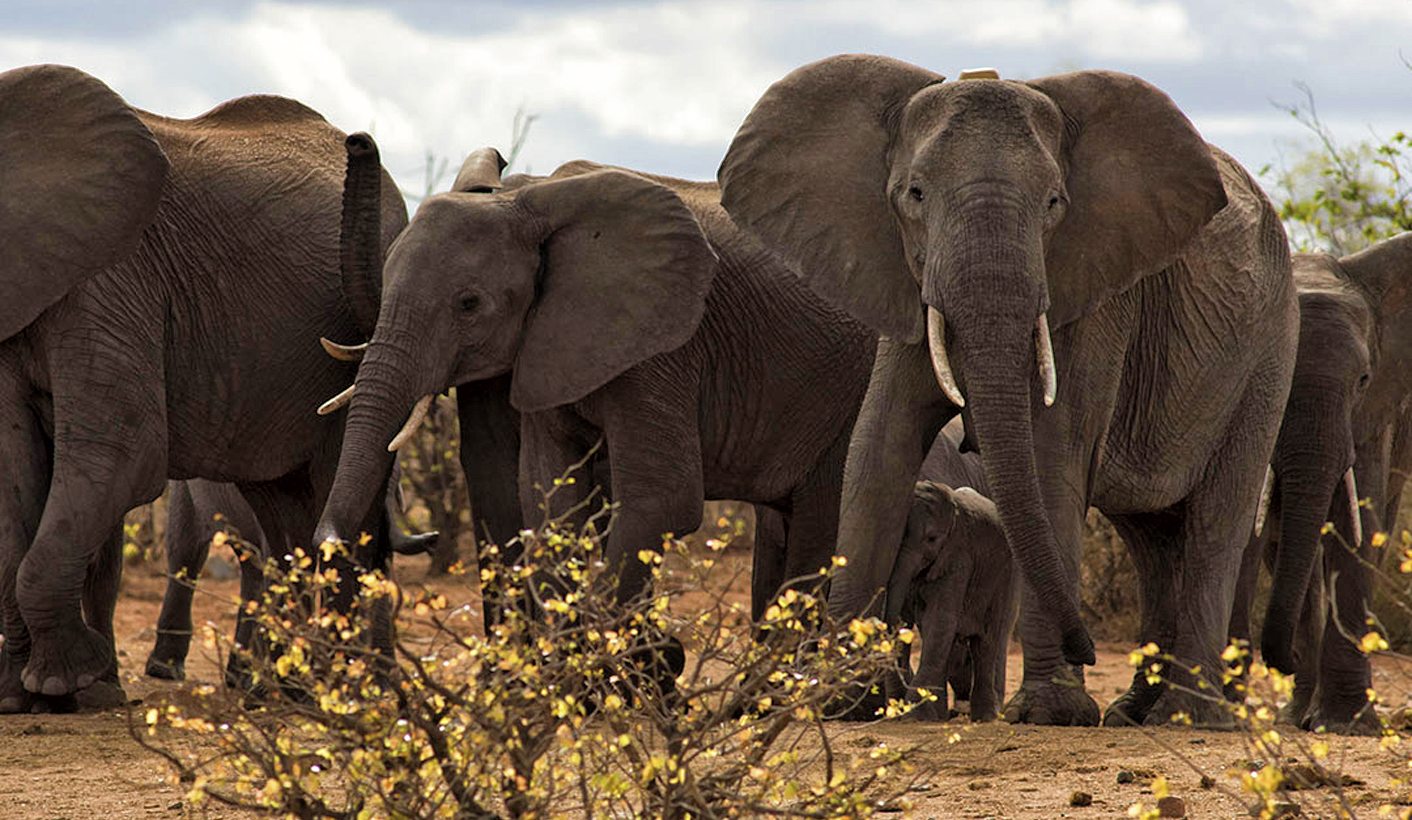 The Limpopo Valley is under threat again. Gas and coal concessions have been granted on both sides of the border, with more than 50 new mines set for approval on the South African side alone. By JEFFREY BARBEE.

The Tuli Block in Botswana is one of the most geographically diverse places in southern Africa. It sits at the corner where Botswana, South Africa and Zimbabwe come together.

Separating it from South Africa is what Kipling called “the great grey green greasy Limpopo River, all set about with fever trees”, and for now this is still the case. Many old cattle ranches have taken down their fences and jointly manage the incredibly diverse wildlife on this thin, 700 square kilometre stretch of land where major new plans loom big on the horizon.

When the Limpopo rose in 2013 due to very heavy rains it flooded out a crocodile farm and released some 30,000 of them into the river system. Crocodiles were always prolific here, but this huge influx of new young crocs has helped repopulate them virtually everywhere, and they can be seen sunning themselves happily around the concrete weir at the Platjan border crossing with South Africa.

From a campsite right on the river at Limpopo River Lodge, dozens of red-eyed crocodiles peer up from the sandy bank and the night-time wanderings of passing hippos foraging for grass disturb the insect chorus.

Photo: A forest camp next to the Limpopo River. Tourism is the fastest and most sustainable job creator in Southern Africa. (Jeffrey Barbee/Alliance Earth.org)

In the morning, before the dawn chorus of birds, the sound of a leopard on her morning wander passes by. It’s a strange sound that is most akin to a long steel saw sliding back and forth on a piece of hardwood… almost plaintive and imploring.

The Limpopo Valley here is rocky, heavily forested and usually enjoys the running waters of this life-giving river. It is home to 540 bird species, and boasts a rising international reputation as one of South Africa’s prime tourism destinations.

Photo: There are only a few thousand wild dogs left on Earth and the Tuli Block is home to an unknown number. These gorgeous animals only survive in protected and managed ecosystems. (Jeffrey Barbee/Alliance Earth.org)

Nearby in the Mapungubwe valley lies the archeological history of one of the continent’s great pre-colonial city states, the Mapungubwe Kingdom. Roads stretched from here to the Monomatapa Empire in Zimbabwe and even further. Trade beads found here mark a vibrant, centuries-old trade across thousands of kilometres from eastern to southern Africa.

An excellent book that unravels the story of this and other great African city states’ disappearance is Basil Davidson’s The Lost Cities of Africa. Banned under apartheid, it is an unparalleled look at Africa’s history and successful development before the blights of the ivory and gold trade, slavery and colonialism. More than any other resource it explains the centuries before colonialism and the collapse of Africa’s ancient empires due to mineral extraction and the collapse of regional co-operation.

The wild animals of this area were wiped out by early cattle farmers, but for the last 20 years the fences have come down and strong, shared conservation systems have been put into place. On the Botswana side the wild herds have made a huge comeback. Waterholes around the area like the ones at Limpopo River Lodge supply more than 40,000 litres of water a day to elephants and the savannah animals of Africa.

Big dusty pachyderms are everywhere, mud-bathing, rolling around, eating the Mopane woodland and ranging free across much of the landscape all the way into Zimbabwe. Lions and their prey also abound, and despite an uptick in poaching there is strong sense of the wild here.

Photo: Elephants are everywhere on the northern side of the Limpopo River. This one is taking a well deserved dust bath. (Jeffrey Barbee/Alliance Earth.org)

The Limpopo Valley is under threat again though. Gas and coal concessions have been granted on both sides of the border, with more than 50 new mines set for approval on the South African side alone.

The Limpopo River system is already under serious environmental stress. According to the South African government’s National Climate Change White Paper, the Limpopo region “will probably experience more droughts. These are in areas with some of the poorest communities and under-resourced municipalities, with limited capacity and skills to adapt to changing conditions”.

In late November 2016 there was no water in the river except for a few scattered pools, full of waterfowl, hippos and crocodiles all vying for a safe spot to survive.

How dozens of new mines will share the water with the animals and the 14-million people that live in this river basin across four countries is not explained in the various environmental impact assessments of the planned mines.

The biggest coal-fired power station on Earth is being built less than 80 kilometres away. The Medupi power station and the massive coal mine next to it will keep South Africa from meeting its clean energy goals and send up a giant cloud of pollution to endanger the people and animals in the region, according to this report from South African environmental monitoring group Groundwork.

But if the South African government has its way this is just the beginning. As reported in Engineering News last year, a new free-trade area is planned for the Zimbabwe-South African border area, called the Musina Special Economic Zone (SEZ). It will create a massive new dam across the Limpopo, mines, steelworks and aluminum smelters in what is now a wilderness with a R40-billion investment from China. South African industrialists have already started buying farms and planning the infrastructure that will support the new massive mining and smelting operation.

Touting jobs and economic prosperity for the second poorest province in South Africa, the Department of Trade and Industry (DTI) has thrown its weight behind this project that will overlap elephant range lands and potentially disrupt millions of downstream water users.

Article Four, 1a of the legally binding agreement The Revised Protocol On Shared Watercourses of the SADC says that countries shall consult and if necessary negotiate projects like the mining and smelting activities of the SEZ as it affects shared watercourses like the Limpopo. Yet the DTI licence application for the SEZ does not mention either international water user impacts, regional environmental negotiations with SADC member states, or any other transboundary water evaluation and monitoring system for the Musina Special Economic Zone.

The DTI claims that 21,000 unsustainable jobs in mining will be created here in the coming boom for minerals, but Statistics South Africa says that number pales compared to the growth in tourism that these activities will probably endanger. In 2015 alone, tourism created 32,186 new jobs in South Arica. This is no small point, since the downstream water users of the SEZ include tourism drawcard the Kruger National Park and many other attractions, including millions of water users in Mozambique.

For now, though, the ancient riverbed supports millions of migrating birds and the booming sounds of lions echo off the rock cliffs in the late evening.

Less than 70 kilometres from the newly declared SEZ we went to visit a small waterhole supported by Limpopo River Lodge. As we pulled up to the hole we inadvertently scared two wild dogs off of their impala kill. They looked at us resentfully from a distance before trotting off. Wild dogs are one of the rarest predators in Africa. They live in places that are well managed and protected and to see them near banks of the Limpopo is a very special experience indeed.

They are a living reminder that this region is still wild, sensitive and for now, a testament to good management and transboundary co-operation. DM

Main Photo: Tuli Block’s elephants are supported by safari operations that give them thousands of liters of water per day. The baby elephant on the lower right is around 3 month old. (Jeffrey Barbee/Alliance Earth.org)