ISS Today: Is Lesotho about to plunge into chaos again? 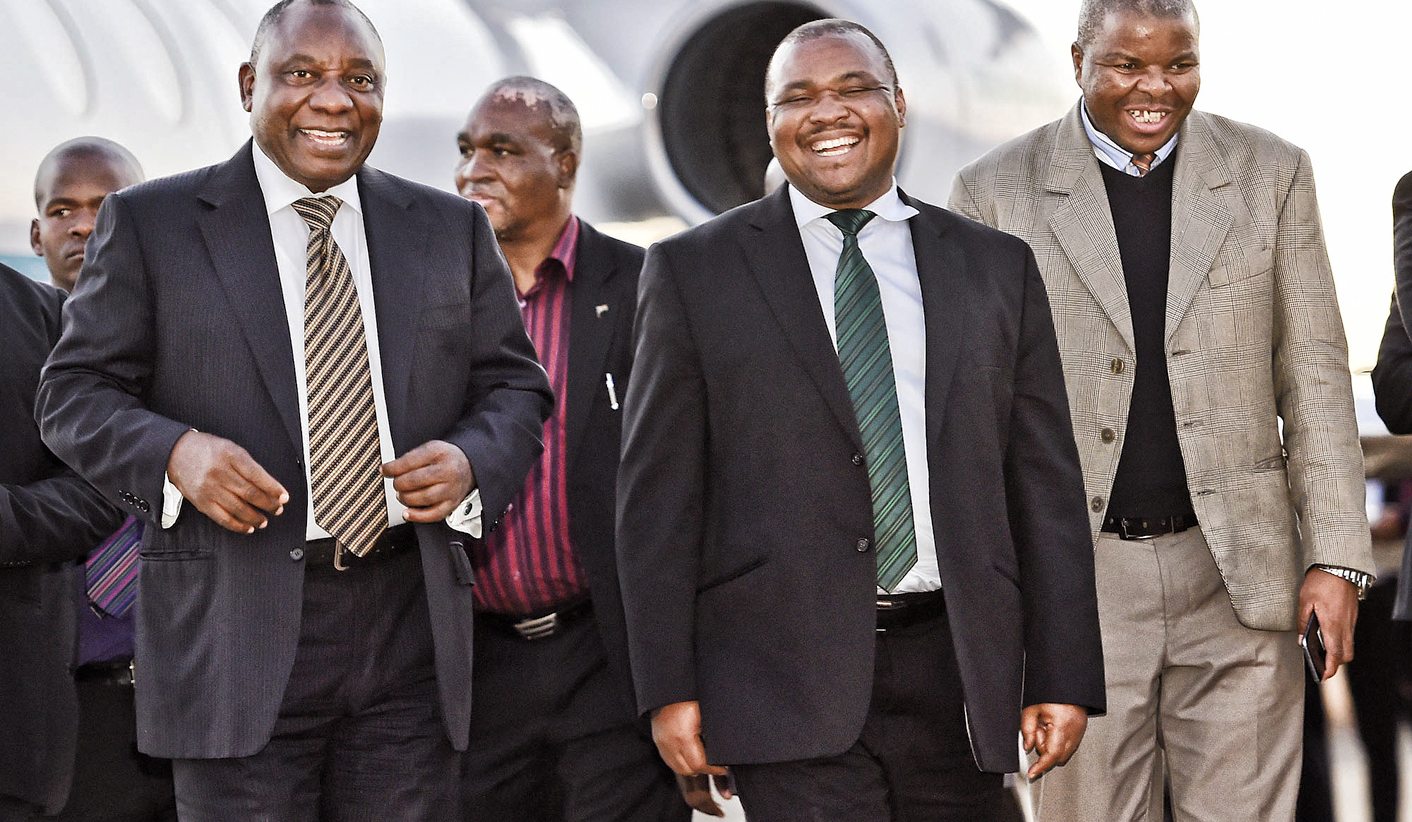 Lesotho, that chronic ulcer burning the gut of South Africa, is playing up again. After some 30 months of diplomacy by Pretoria to restore a semblance of stability in the country which South Africa envelopes, it looks as though the government in Maseru is again about to implode. With the usual uncertain but almost certainly unpleasant consequences.

South Africa’s Deputy President Cyril Ramaphosa, the special envoy of the Southern African Development Community (SADC), made no reference to this imminent implosion when he travelled to Maseru to welcome Lesotho’s three main opposition leaders back from exile in South Africa, last Sunday.

The timing of their return was instructive.

But Kamoli was – at least officially – retired in December, under pressure from SADC, but, more particularly, it seems, from the United States (US). The US used the threat of otherwise ending Lesotho’s vital export access via the African Growth and Opportunity Act.

Nevertheless, as Thabane told the Lesotho Times earlier this month, the opposition leaders still feared for their lives. They believe, as many others do, that Mosisili had merely “fired” Kamoli to placate SADC and the US, and that Kamoli was still effectively running the army through his successor, his former deputy and loyalist, General Khoantle Motsomotso.

So Kamoli’s retirement was evidently not the reason for the return of Thabane and Co. Thabane acknowledged as much at a press conference when he returned, saying he still feared Kamoli.

Evidently Thabane is crossing the border back to South Africa every evening – fearing another nocturnal attack, like the one Kamoli launched against him on August 30, 2014, when he was still prime minister, precipitating the current crisis.

Nor, apparently, were Thabane and Co inspired to return mainly by a strong sense of civic duty – an urge to participate in the fundamental constitutional, political and security reforms which SADC’s Phumaphi Commission recommended in 2015.

Ramaphosa gently hinted at this nobler mission in his statement about their return.

In fact, Thabane and Co are hastening home for a far more mundane and familiar reason – to try to oust Mosisili on February 24. That’s when Mosisili is supposed to re-open parliament. And that’s when his political opponents plan to call for a vote of no-confidence in his government and thereby to vote him out of office, restoring Thabane as prime minister.

Thabane believes he has the numbers to do that because of major splits and defections to the opposition in both Mosisili’s Democratic Congress (DC) party and his main alliance partner, Deputy Prime Minister Mothetjoa Metsing’s Lesotho Congress for Democracy (LCD) party.

But there have also been splits in Thabane’s ABC party, and in the fluid world of Lesotho party politics, more changes could still happen.

And Mosisili might well choose to dissolve parliament on the 24th and call fresh elections (just two years after the last one) if he suspects he will lose a no-confidence vote. Thabane has thundered that this would be “a gross abuse of power” – conveniently forgetting that he himself suspended parliament in 2013, also to avoid a no-confidence vote.

Meanwhile, Mosisili has already moved to get Thabane, Maseribane and Rantso kicked out of parliament on the grounds that they have been absent from the House for so long.

Kamoli also has a big stake in the outcome of whatever happens on February 24. Thabane has made it clear that if he returns to power he will act against the former army chief. Kamoli is technically still under investigation for allegedly ordering the assassination by his soldiers of his rival and successor, Brigadier Maaparankoe Mahao in June 2015. Kamoli claims Mahao was shot resisting arrest for plotting a coup.

Under Mosisili’s government, the investigations against Kamoli are going nowhere. That would change dramatically if Thabane became prime minister after February 24. Thabane fears that Kamoli knows the only sure way of forestalling that outcome would be to get rid of him.

Botswana Judge Mpaphi Phumaphi made some fundamental recommendations in his commission report, for political, constitutional and security sector reforms to address the underlying causes of the chronic instability in Lesotho. Many of these were aimed at de-politicising Lesotho’s defence force, which has meddled disastrously in the country’s politics ever since independence in 1966.

These include a constitutional change to stipulate that the defence force should not perform any police functions.

Many have questioned whether Lesotho needs a defence force at all.

Phumaphi also recommended constitutional reform to give the monarch more power. Lesotho is a constitutional monarchy where the head of state is completely ceremonial. And so, for example, if Mosisili asks King Letsie lll to dissolve parliament before February 24, to pre-empt a vote of no confidence, Letsie will have no option but to agree.

Phumaphi’s reforms would include giving the monarch the power to ask another party leader – in this case, theoretically, Thabane – who enjoys more support in parliament, to try to form a government. That would be a stabilising factor and the proposed reforms more generally could finally restore order to the country’s chronically turbulent politics.

But the Basotho politicians, their eyes myopically glued on the trough in front of them, intent on securing those positions in government and parliament which are among the few worthwhile jobs in this impoverished country, show little interest in the bigger picture or the longer term.

That’s why, in a population of barely two million, there were about 26 political parties at the last count, a bewildering and proliferating alphabet soup of acronyms. This is tending towards a democracy of one man, one party, as everyone jostles for those scarce, prized seats.

All this jostling for power is distracting the politicians from running the economy. In 2015, for instance, the economy dipped because of low implementation of the public investment budget, the African Development Bank said. This weighed heavily on construction and other sectors dependent on government spending.

And as the economy suffers from government neglect, the relative value of jobs in politics or government increases. And so, the vicious cycle continues to turn. DM