GroundUp: Marikana settlement – judge must rule whether to compel state to buy, compensate or evict 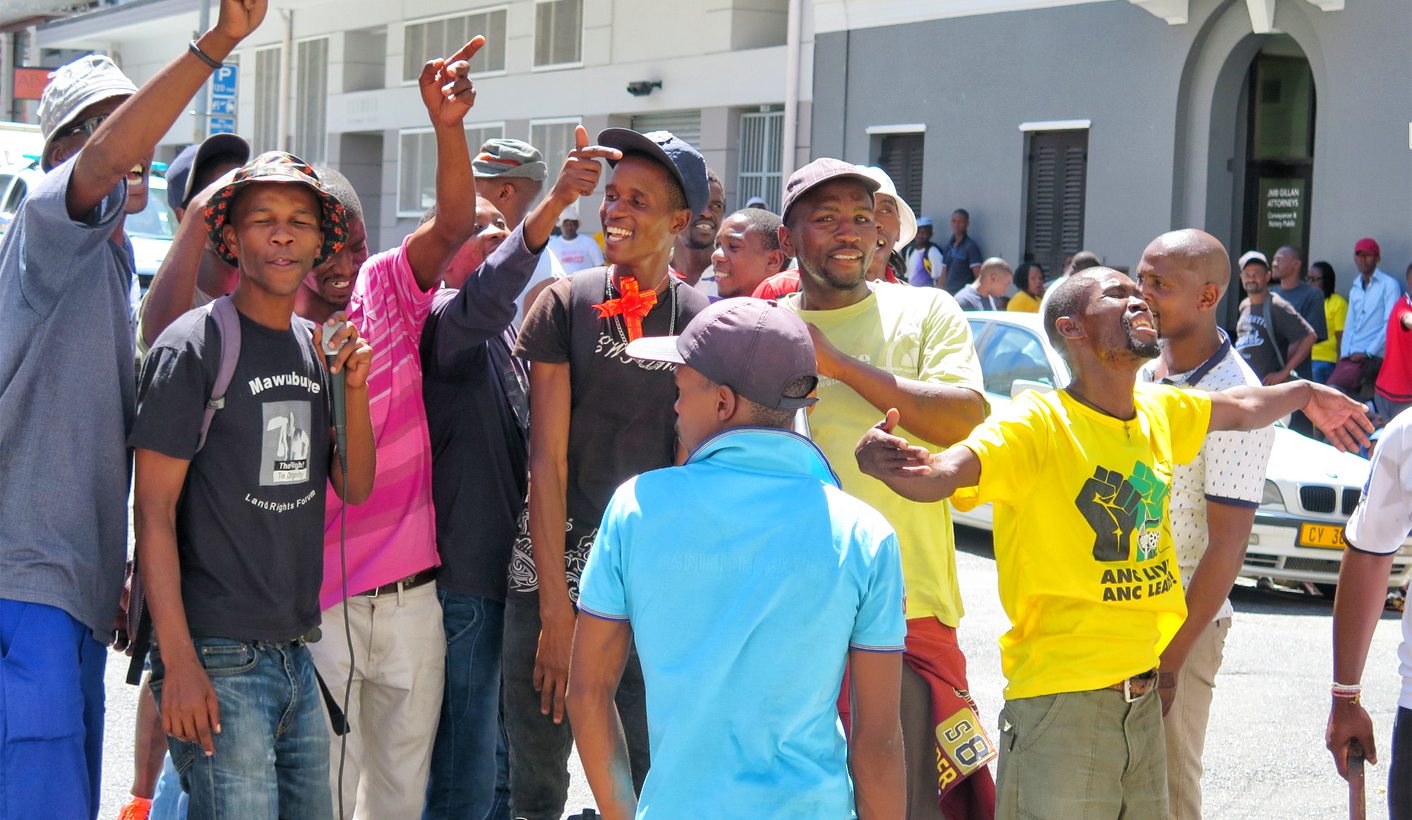 “The City (of Cape Town) has failed dismally,” said Advocate Peter Corbett on the last day of the Marikana informal settlement land case that is being heard in the Western Cape High Court. By Ashleigh Furlong for GROUNDUP.

Advocate Peter Corbett is representing Coppermoon, one of the owners of the land on which about 60,000 people are living. These people have occupied the privately owned land over the past few years and say that they have nowhere else to live. Corbett is calling for the court to order the state to buy the land and for various orders to be made against the City of Cape Town as well as national and provincial government.

Corbett said that the government departments and the City all appear to be “passing the buck to each other”.

During the early stages of the occupation the City should have taken action and engaged with the occupiers, Corbett said. “The City ought to have made an urgent application for assistance,” he said.

Corbett asserted that the current situation at Marikana was a “direct result of the failure of the City and government”.

Pillay also said that the City only contacted the province on 30 November last year asking for 100 to 200 hectares of land and funding. “Is it reasonable when the state says [it’s] unable to effectively provide that immediately?” asked Pillay. “We say in assessing that capacity the court must be alive to what the demand for housing is in the Western Cape.”

Addressing the issue of purchasing the land, she said that it would take a “very brave court to order a buy out”.

“I haven’t been able to find any other case where buyout was ordered by a court,” she said.

Responding to this later, Advocate Peter Hodes for the Stock applicant, another group of landowners, said that if Judge Chantal Fortuin was not a brave judge she wouldn’t be sitting in the court. Referring to Pillay’s statement that there had been no cases where buyout is ordered, he said that the “court can craft their own remedy”.

With regards to what relief was appropriate, Pillay said that if her clients didn’t have any orders granted against them, then one option for the court would be to grant a suspended eviction so that fact gathering exercises and alternative accommodation could be looked into before the eviction took place.

At this Hodes said that it would take “70 years” for this to happen.

Pillay’s second option was for the court to say that no case could be made and that the application should be dismissed. But she said that she was “very much alive to the consequences” of this. Another of Pillay’s proposals was that the City, the Province and National Government meet to discuss the various options and report back to the court in three months. “An order for expropriation is far easier to justify after an engagement process,” she explained.

Advocate Irene de Vos of SERI, representing some of the occupying residents, said that just awarding constitutional damages was not enough as it meant that the owners still owned the property. This would mean that the City couldn’t instal services on the land and that no relief would be provided for the occupants, only for the owners.

De Vos dismissed allegations of “queue jumping” saying that the relief the residents want is simply “don’t evict us, let us stay”.

In previous days at court the argument had been made that by ordering an expropriation the court would be infringing on the executive’s powers to do so and as such there would be a conflict in the separation of powers. De Vos said that there should be “no such fear” as what SERI wanted is set out in the Housing Act.

As for the suggestion to the court earlier in the day that it was uncertain how many of the residents would be rendered homeless if evicted, De Vos described the conditions of the settlement where there are no roads and services.

Shafia Mahomed for Iris Fischer, who owns and lives on part of the land, took issue with SERI’s counter application that called for expropriation of the land as she said that as a respondent in the matter the only matter that they could argue was whether or not an eviction should be granted and could not call for expropriation.

Judgment in the matter is reserved.

The essence of this case

The applicants in the case are the various landowners, such as Coppermoon, a company, and Iris Fischer, a woman who lives on the land. In essence, they want the state to buy the occupied land from them, or compensate them. The respondents are the residents themselves, the City of Cape Town and various provincial and national departments. Some of the residents, represented by the Socio-Economics Right Institute of South Africa (SERI), want the state to expropriate the land from the owners, which potentially means buying it below market value. None of the state respondents want to have to buy out or expropriate the land. DM