Dear Warren, love, Bill: What billionaires talk about when they talk about the poor 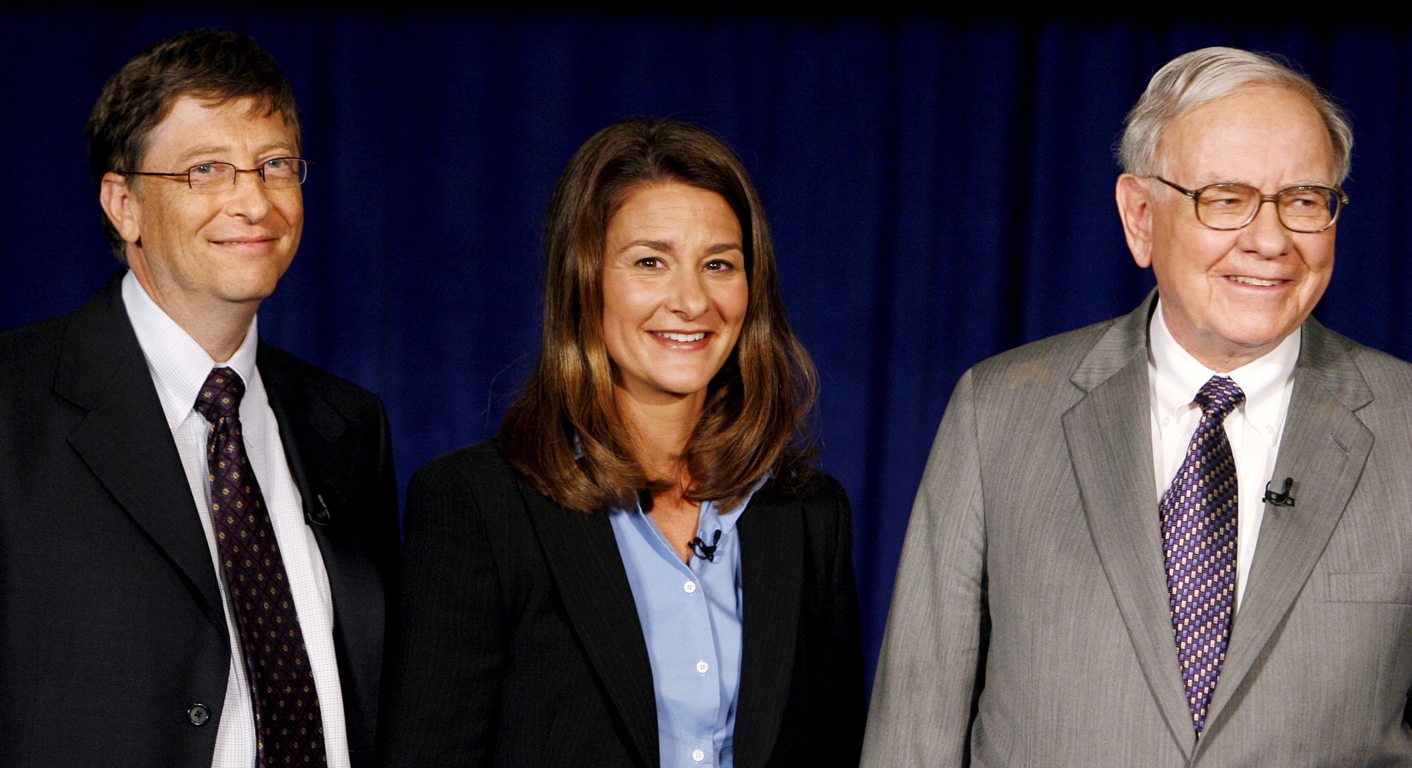 The Bill and Melinda Gates Foundation has a good story to tell. But an excruciatingly tone-deaf letter from one rich white man to another is probably not the best way to tell it. By SIMON ALLISON.

“Dear Warren,” it begins. I’m reading the Bill and Melinda Gates Foundation’s annual letter for 2017, and this year some misguided PR advisor has suggested they try something different. Why don’t we make it more personal? More relatable? Let’s show them your human side!

This is the result: a 15-page letter from the world’s richest couple to the world’s third richest man, in which they discuss malnourished African children, Bono and the “fantastic return” on Warren Buffet’s investment.

It’s exactly as bad as it sounds.

Let’s start with the pictures. There’s a lovely photo of Bill Gates and Warren Buffett at a McDonald’s in Hong Kong. “You offered to pay, dug into your pocket, and pulled out…coupons!” writes Bill. This, in the world of the super-rich, is hilarious. It’s so funny that Melinda repeats the joke in a pseudo-handwritten caption. It’s so funny that it’s worth giving a free plug to the world’s most famous purveyor of junk food in a missive that’s supposed to be about global health. I really hope they know this already, but McDonald’s is not the solution to chronic malnutrition.

Speaking of malnutrition, there is of course the obligatory ‘hungry African children’ photograph, or at least I think that’s what it is: it’s a row of nameless black kids standing against a wall, sandwiched between two paragraphs about starvation. Are these kids malnourished? Or is the stereotype so entrenched that any line-up of black children will do? No witty asides from Melinda here, but nor has anybody bothered to caption the photo. You only get a name, and a place in the world, if you can afford it. Or if you’re Bono, who is apparently the only expert on world poverty that Bill Gates feels comfortable quoting.

Which brings me to another problem: the generalisation. I really thought we were past this. I thought, at the very highest levels, we knew that Africa was not a country. I was wrong. As Bill relates his African epiphany – I came for the wildlife, I left with the white saviour complex – he can’t help but exclaim: “The children in Africa were dying because they were poor.” What, all of them? Across the whole of Africa? Sure, Bill, nuance is tough, but I think Warren is smart enough to get it, especially if it means that you avoid propagating offensive, inaccurate and damaging stereotypes.

Nuance, however, is not the strongpoint of this particular communication. Take the headline pronouncement, which is ‘122 million children’s lives saved since 1990’. It’s a big number – a “fantastic return” on Buffet’s investment as a major donor to the Gates Foundation. But it’s not the Gates Foundation’s number to claim. Instead, it represents the global improvement in mortality rates for children under five. But the letter not-so-subtly implies who really deserves the credit. As Melinda writes, with a big blue arrow pointing to that 122 million figure: “Warren, you’ve said ‘price is what you pay, value is what you get’. There is no value greater than this.” In other words, keep giving your money to us.

Earlier this year, Oxfam released statistics showing how eight men own the same wealth as half the world. Global inequality is perhaps the defining issue of our time. That the Gates Foundation chose to release this letter, featuring two of those eight talking to each other about the travails of the nameless, faceless, suffering masses, shows that for all the good they are trying to do in the developing world, the structural issues which underpin endemic poverty and public health failures are not high enough on the Foundation’s agenda.

The Gates Foundation does plenty of good work, but this letter is an own goal, playing into many of critiques that have dogged it since its inception. It makes Bill and Melinda sound completely out of touch, which anyone who has listened to them speak on these issues knows they are not. It makes the Gates Foundation sound like a rich white man’s vanity project, one that Bill likes to boast about to his other rich white friends, maybe while they’re slumming it with the other 99% at a nearby McDonald’s. Worst of all, it obscures the incredibly important work that the Gates Foundation is doing across Africa and the rest of the developing world.

Prior to the release of the annual letter, I spoke to Dr Ayo Ajayi, the Gates Foundation’s Africa Director. He’s a Nigerian physician who is obviously proud of the work that the Foundation is doing, and the difference that it is making all across Africa. “The Foundation is a force for good,” he says, and it is hard to argue with him: the billions that Bill and Melinda have ploughed into public health systems, developing vaccines, immunisation drives, and promoting contraception have changed the face of public health. If this is a vanity project, it’s a damn good one.

But even Ajayi realises that some things need to change. “The last two years, most of my work has been internal within the Foundation, which is to get the Foundation to have a much more realistic, much more effective engagement process with the countries the Foundation seeks to help.” In other words, the Gates Foundation knows it can’t make unilateral global health decisions in a board room in Seattle, and is trying to fix these issues. Maybe that’s what they should talk about in their annual letter, instead of this bizarre, tone-deaf conceit, which only reinforces negative perceptions about how and why the Gates Foundation interacts with the developing world. DM

Photo: Then Microsoft Corp. Chairman Bill Gates (L) and his wife Melinda (C) stand with Warren Buffett (R), the CEO of Berkshire Hathaway, during a press conference where Buffett announced that he is donating $30 billion of his own wealth to the Bill and Melinda Gates Foundation in New York on Monday 26 June 2006. EPA/JUSTIN LANE