Health-e: Once proud Elim Hospital is now a place of filth, neglect 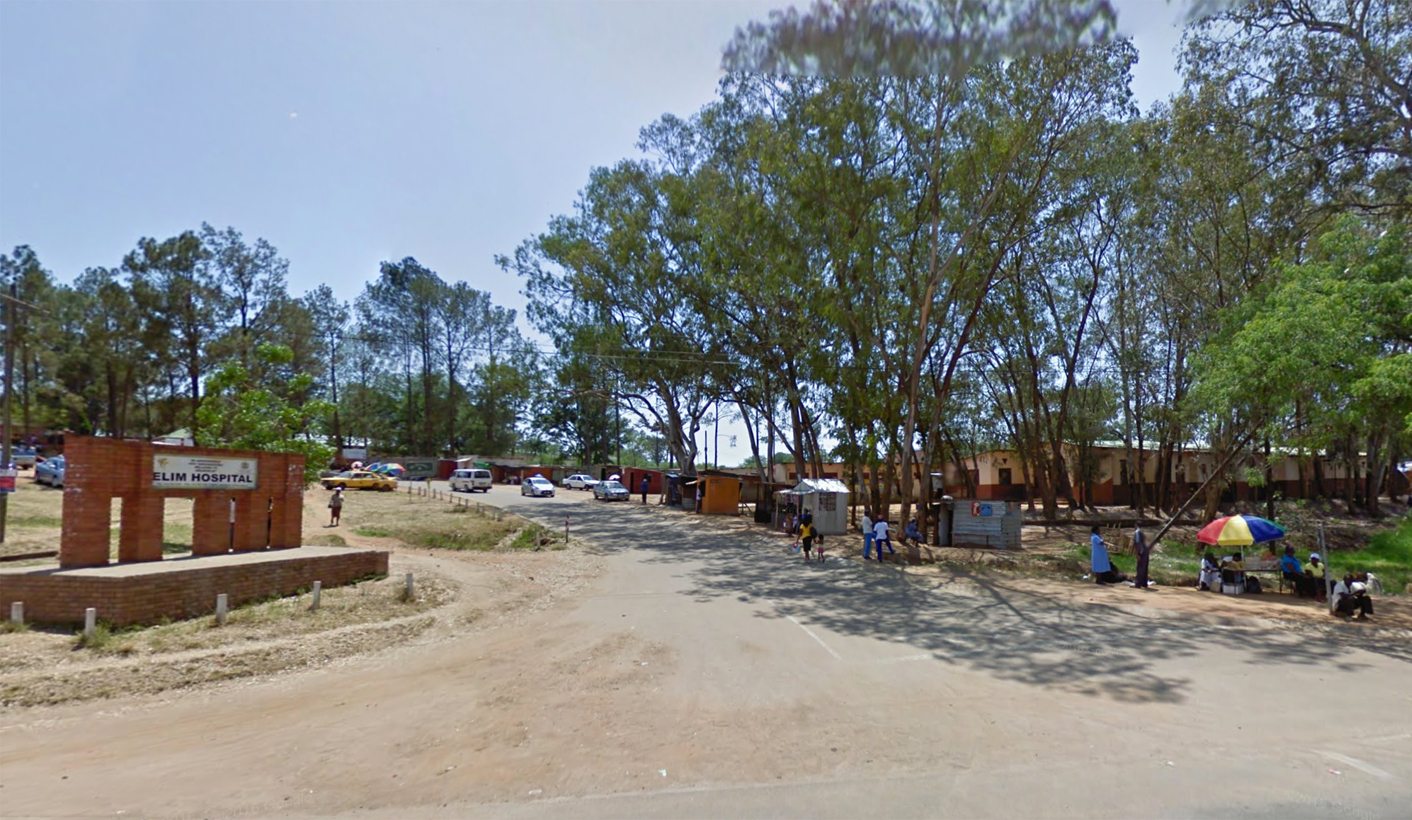 Elim Hospital is one of the oldest health faciltities in Limpopo and had a reputation for excellence. But patients claim neglect and filth. HEALTH-E’s Ndivhuwo Mukwevho went to investigate.

An elderly patient at Elim Hospital has died from third degree burns after being left to shower on her own. Her death comes amid reports of patients lying naked and dirty in their beds.

Mujaji Manganye, 83, stepped under scalding hot water and sustained bad burns, passing away soon afterwards in the hospital, which is based in the Vhembe district in northern Limpopo.

Manganye’s death comes after a surprise visit to Elim by Limpopo Health MEC Dr Phophi Ramathuba, which had been prompted by Health-e’s enquiries about the state of the hospital.

During that visit, Ramathuba suspended the operational manager as she said he was the person responsible for the safety of patients at the hospital. “I can proudly say that the hospital is now very clean. The only challenges the hospital is currently experiencing is the issue of dilapidated and damaged infrastructure,” Ramathuba told Health-e.

However, the problem is clearly deeper than one person – as Manganye’s death has proven.

The Department of Health refuted allegations that the virtual collapse of once respected hospital is because of poor management and internal conflict between people in managerial positions.

The hospital was started by Swiss missionaries in 1899, and developed a reputation for being one of the best hospitals in Limpopo. Situated in Mpheni village, the hospital was particularly highly regarded for patients suffering eye problems.

But the once thriving hospital is now filthy and patients are being neglected by the staff.

When Tebogo Miyen visited his mother recently after she suffered a stroke, he was horrified to find her lying naked in bed in an open ward.

“I was so embarrassed. But the worst part was when I looked around, I saw many other older women also naked on their beds. It was so embarrassing,” said Miyen, a resident of Waterval village.

“When I asked why are all the people naked, one of the nurses told me that there were not enough clothes for all the patients,” said Miyen. “I can tell you that my mother stayed in that hospital for two weeks without wearing anything until we decided as a family to take her own night dress to her.”

Miyen’s mother was unable to speak or move easily, yet nurses did not help her to eat. Her food was just left in front of her at mealtimes, according to patients in the ward who tried to help the stricken woman to make sure she did not go hungry.

A nurse, who asked to remain anonymous out of fear of losing her job, said: “The situation at this hospital is very poor. Patients are being treated like animals. If you move around the wards you will see many of them are naked. The hospital is also very dirty – like the hospital does not have cleaners.”

When Health-e News visited the hospital, we found dirty nappies scattered around one of the waiting areas. Both patients and staff said the area had been left filthy since December, although some staff blamed the filth on the drought.

Other sources told Health-e that tribalism was a significant factor undermining the hospital’s functioning. Elim Hospital is situated right in the middle of Venda and Tsonga speaking areas – and staff members are apparently polarised, with each tribal group wanting the hospital to be controlled by their own and undermining those from “the other” group.

Local Democratic Alliance representative Sylvester Mulaudzi said numerous complaints about the poor conditions had been lodged with the hospital management for months, but nothing was being done.

“When we try to advise hospital management, they do not listen to us, saying that they know what they are doing,” said Mulaudzi. “How many people should die first before something is done about the poor treatment of our patients? It is so painful to lose your loved ones in this manner.”

The MEC’s surprise visit came after Health-e asked Derick Kganyago, spokesperson for the Limpopo Department of Health, for comment on the situation in Elim.

In December, the hospital was affected by water shortages caused by the drought. But with recent rains, the roof has started leaking.

“The roof has to be repaired as soon as possible as we wait for the process of renovating and rebuilding of the hospital. The leaking roof is making life difficult for cleaners as they first have to mop water every it rains before they can start with their work,” said Ramathuba.

Meanwhile, Limpopo Health Department spokesman Thabiso Teffo said the department viewed Manganye’s death as a serious matter: “We will take all the necessary action against all those who are responsible if it is found that there was negligence involved. People will be held to account for the actions,” he said.

Despite the poor conditions at Elim, many patients say they have no choice but to continue seeking help there as it is the only easily accessible hospital for them as they live in rural villages. DM