#SONA2017: Calamity Zuma and the Tenth Circle of Hell 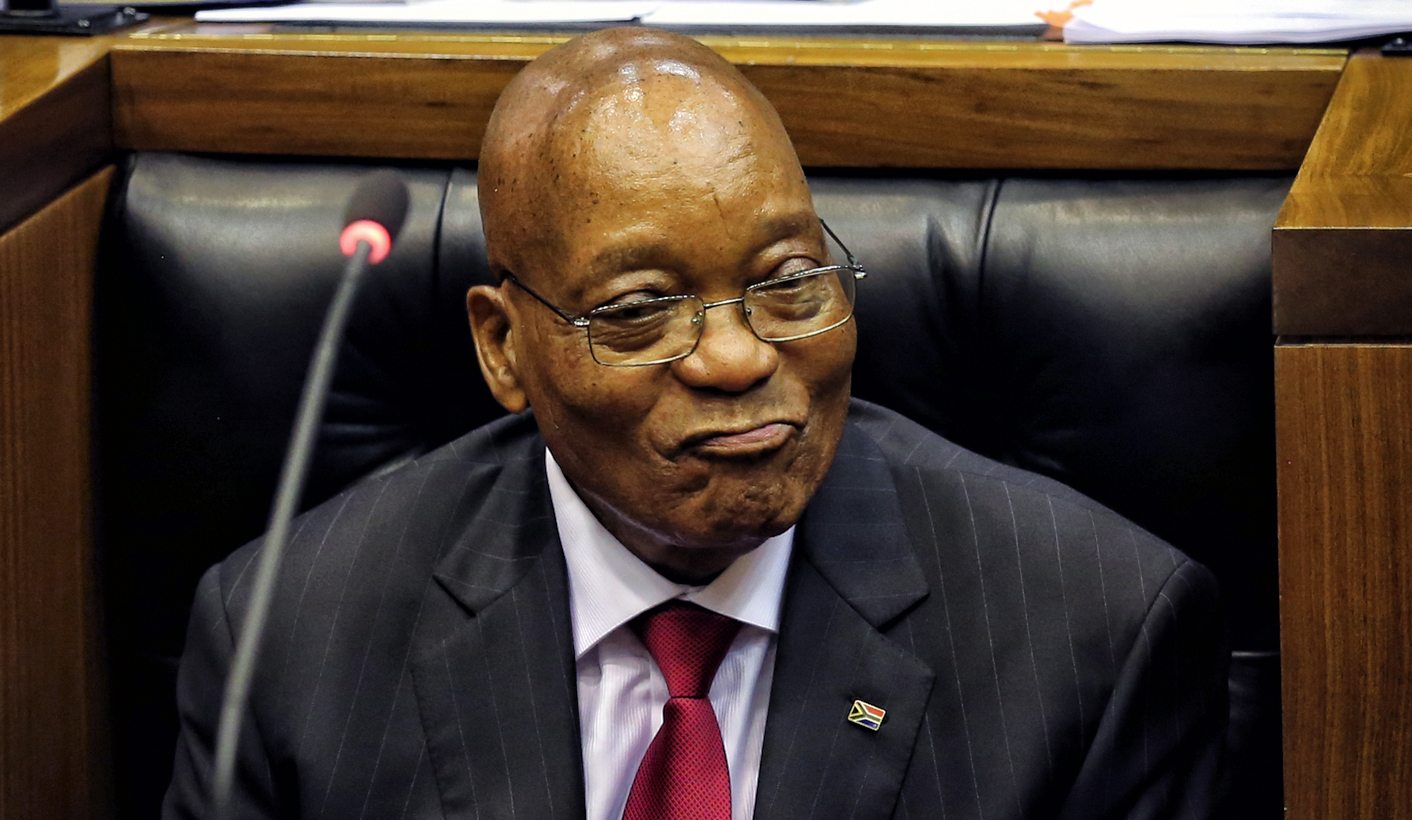 Yes, it is the old normal. Mayhem in the National Assembly. Violent scuffles between MPs and Parliament’s bouncers. A disgraced president chuckling as pandemonium reigns. Empty benches after opposition parties walk out. So what’s new about the tenth State of the Nation Address (SONA) delivered by President Jacob Zuma? Cape Town resembled a military dictatorship with armed soldiers lining the highways, snipers on rooftops and 6,000 police officers holding the city on lockdown. It was the extreme nature of the violence in the House. And then the final destruction of the sanctity of Parliament. South Africa’s Ground Zero. By RANJENI MUNUSAMY.

Once again, the matter of least concern was what President Jacob Zuma said in his 5589-word report card to the nation. And that is the massive tragedy of this annual shit show. Amidst the people assemblies, the soldiers on the streets, the brutality of the Economic Freedom Fighters’ (EFF) removal from the House, pepper spray being let off in the guests’ gallery, the refusal to grant a moment’s silence for 94 dead psychiatric patients and the police impeding the work of journalists, Zuma rattled off another dreary speech with promises he is never held to account for.

Growth, radical economic transformation, the nine point plan he cannot remember, more aggressive land redistribution and black participation in the economy. These have been pegged as government’s game plan for the year. These are also the phrases that will be trundled out again the next time Zuma has to say what he is doing with his presidency.

“Today we are starting a new chapter of radical socio-economic transformation. We are saying that we should move beyond words, to practical programmes,” Zuma said in the speech. Beyond the words is just chaos. And more chaos.

“There was no calamity”, Defence Minister Nosiviwe Mapisa-Nqakula told journalists in an impromptu briefing outside Parliament in response to questions about the deployment of troops to “maintain law and order”. “If there had been a calamity, obviously the SANDF (South African National Defence Force) would have to come in and support the police.”

Oh but there is a major calamity. The Presidency of Jacob Zuma is a calamity of epic proportions.

Not that he would ever acknowledge that things are spiralling out of control. For Zuma, the good times continue to roll. Nothing opposition party members say to him hits home.

“Zuma is rotten to the core,” EFF leader Julius Malema said while raising one of numerous points of order. “Your 441 soldiers won’t protect you here,” he told the president. Zuma smiled in response.

After an incredibly violent clash between parliamentary security and the EFF, DA chief whip John Steenhuisen informed the House that army personnel in military fatigues were in the parliamentary precinct. He told Zuma: “This man has broken South Africa. You have broken Parliament.”

Zuma stared at him dispassionately. From the ANC benches, somebody shouted “Fuck you!”

In the gallery above, guests start running out of the House as an arid smell fills the air. What turned out to be a can of pepper spray was let off. Protocol officers try to get former President Thabo Mbeki to exit the gallery to escape the stench. He declines.

Many people have grown accustomed to Zuma’s stink by now.

Zuma eventually delivered the speech the ANC wanted him to. Radical economic transformation is going to be all the rage, apparently. Finance Minister Pravin Gordhan paid close attention to every word Zuma said. He has to operationalize this programme by allocating the requisite funding. Does he have the funds to fulfil these goals? Who cares? Zuma certainly does not.

After leaving the House, Zuma addressed ANC supporters at a “people’s assembly” at the Grand Parade. He was in high spirits, entertaining the crowd and signing his signature tunes. Does the destruction of the sanctity of Parliament worry him as the nation looks on?

He has state troops at his disposal to intimidate the citizens of this country into tolerating him. He has the ANC to give him a standing ovation – and applaud when other elected representatives get assaulted in front of them. He has a phalanx of VIP protection officers around him in the National Assembly to shield him as fists and helmets fly.

But the cover is wearing thin. The looks on the faces of ANC ministers and MPs tell the story they dare not speak publicly about. They know Zuma dishonours everything he touches.

And after the military was deployed this week to turn Parliament into Ground Zero, South Africans definitely know that Zuma will use every mechanism of the state to enforce his rule.

For three years running, SONA has been a tragedy and a farce. MPs get assaulted, Zuma gets insulted, Parliament gets disrespected, the nation gets disgusted.

Zuma laughs. Times passes. Another year goes by. And then the whole awful show plays out again. It is a matter of time before blood is spilt to prop up our disgraced leader. The atmosphere around this presidency grows increasingly ominous as Zuma grows progressively disconnected from the true state of this nation.

The really awful thing is that Zuma has two more SONAs to deliver before this nightmare presidency ends. Two more rounds of this charade. By then, the fabric of this nation would have been so tattered that the events of February 9, 2017 will be remembered as merely the curtain raiser to the decent into hell. DM

SA needs income support for 18- to 59-year-olds and Treasury can afford it, say experts