Theatre review: ‘The Meeting’ is highly plausible, even though it didn’t actually happen 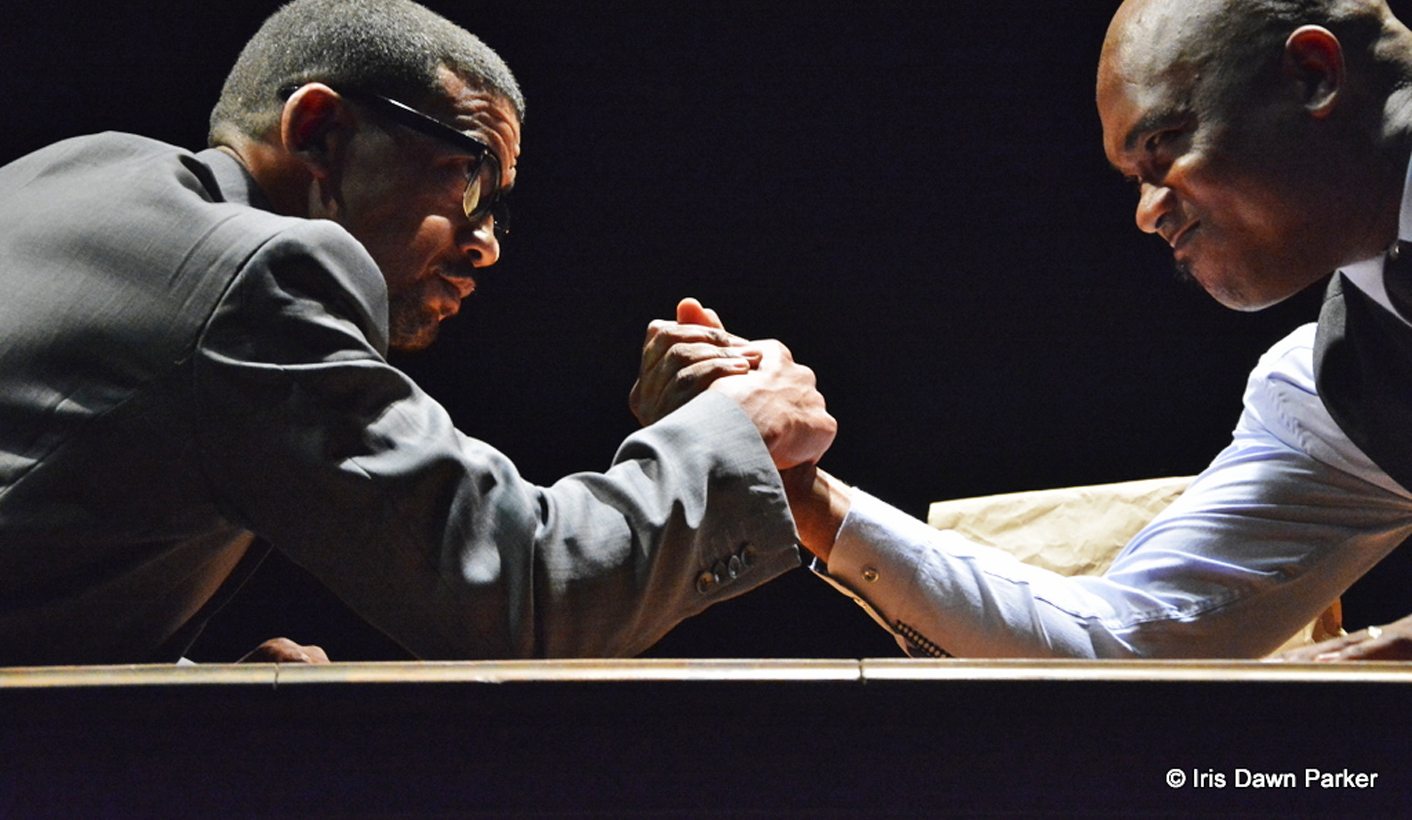 Perhaps one of the problems with our present world is that we no longer have leaders and visionaries like Martin Luther King and Malcolm X, the two central characters in The Meeting. By LESLEY STONES.

When a play about inequality set in another country more than 50 years ago sounds like it could be happening here today, we clearly have a problem.

Perhaps one of the problems is that we no longer have leaders and visionaries like Martin Luther King and Malcolm X, the two central characters in The Meeting.

The play by American author Jeff Stetson has the two men arguing about their opposing ways of fighting rampant racism, in a lively and intelligent clash of ideals. Their robust and sometimes poetic exchange of ideas is interspersed with entertaining bouts of arm wrestling, a physical metaphor to show that the men are equally powerful and neither has chosen his particular path through weakness.

The meeting never actually happened, but it’s been well crafted by Stetson to sound highly plausible. It’s brought to life by Aubrey Poo as King and Brendon Daniels as Malcolm X, with Litha Bam playing the bodyguard.

When it begins, I wrongly assume that Bam – who is making his professional debut – is Malcolm X. He has such charisma and stage presence that he deserves a leading role. Still, he’s kept pretty busy as the bodyguard, adding nice touches of dignified humour and welcome breaks from the concentration needed to keep up with the verbal sparring of the two civil rights leaders.

Daniels bears an uncanny resemblance to Malcolm X, and perhaps after accent coaching he’s got the speech patterns right too. But I struggled to hear a lot of what he was saying with his accent, his fast delivery and the blurring of one word into another. If authenticity gets in the way of hearing these important messages, I’d vote for toning it down a little.

You don’t struggle to hear Poo as Martin Luther King. You could probably hear him in the church around the corner as he strides the stage delivering sermon-like arguments. He’s ablaze with righteousness and a touch of pomp, yet the script and Poo’s delivery let us see a softer side too, once the conversation calms from a debate to puzzled speculation about the collective future.

With King arguing for peaceful protest and Malcolm X calling for violent struggle to overturn racism, there is plenty of mentally stimulating material. Stetson has caught the big ideas and sweeping oratory style of both men, and there are endless verbal gems as they trade experiences and ideas. “Don’t ever mistake non-violence for non action,” King urges.

Director James Ngcobo leads in with an initially slow pace, but the fireworks start once the two men meet. A decision to place the audience around three sides of the stage might have been intended to bring us closer to the action, but it backfires. The two sides get neglected even though the actors try to vary their stance. I watched one long Malcolm X speech with a perfect view of his back and Poo hidden completely behind him, as did we all, in turns.

Historic video clips help to create the atmosphere of 1965 with massive protest marches, while the set by Nadya Cohen gives us a modest Harlem hotel room where the two men could quite conceivably have met.

The saddest thing is that this meeting could still take place today. Stetson is in town to see the production of his play, and jokingly told the audience that the way things are going in America, he might apply for asylum in South Africa. Not that things are too different over here. DM

The Meeting runs at the Market Theatre until February 26.