Kenya: Not a registered voter? No sex, booze or government services for you 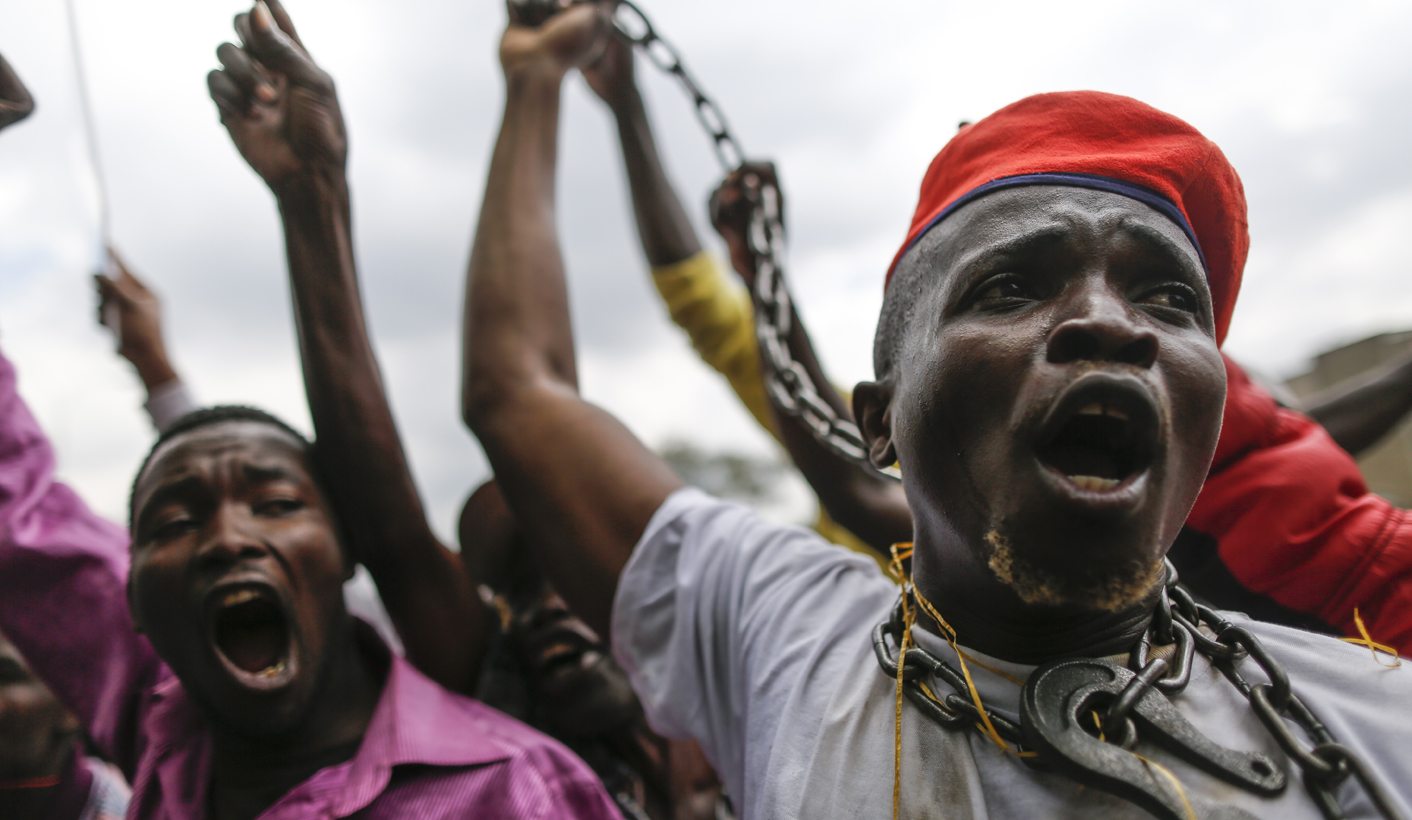 In an effort to drum up support ahead of the August election, Kenyan politicians are putting extraordinary pressure on people to register as voters. This pressure is manifesting in all sorts of strange ways. By NJERI KIMANI.

With each passing day, the August 8 general election draws nearer, and parties are scrambling to ensure that their supporters are registered to vote. A massive, countrywide voter registration drive kicked off on January 15, although some of the methods used to persuade people to register are unorthodox, to say the least.

Let’s start at the opposition-friendly Coast, where Mishi Mboko, the women’s representative for Mombasa, urged women to withhold sex until their partners had registered. “Sex is a strong weapon and if we deny the men in our area, I’m sure many will go and register as they cannot survive without it,” she added.

In Muranga, a stronghold for President Uhuru Kenyatta who is running for reelection, supporters are targeting a different vice. Some 2000 members of the Bar and Hotel Owners’ Association have signed a treaty not to serve any customer who does not have a voter’s card. Chair James Waweru said that bar and restaurant owners would demand the card from anyone entering the premise, and would refuse entry to anyone who could not produce it.

Even those more spiritually inclined are running into difficulties. In Kirinyaga, a cleric denied Holy Communion to anyone in his congregation who was not registered. The head of Africa Revival Christian Church, Bishop Daniel Njagi, demanded physical proof for any Christian who wanted to partake of the spiritual rite. So much for the separation of church and state.

Njagi, who chairs the Kirinyaga Pastors Forum, claimed many Christians do not like participating in the political process and yet were the first to lament when a leader who is not their favourite gets the seat. He pointed out that the card was the only way Kenyans could protect the country from being ruled by leaders who are “not our choice”.

Although it may not be legal, some government officials are withholding services from non-voters. In Vihiga, for example, an Internal Memo from the Office of Public Service Administration to all departments directs staff to verify residents were registered before giving them any service (patients seeking medical treatment are exempt from the order). Meanwhile Vihiga governor Moses Akaranga instructed administrators in charge of a bursary fund to ensure that beneficiaries were registered voters before disbursing any grants.

Kenya’s election is scheduled for August 8, and is expected to be tightly contested between President Kenyatta’s Jubilee Party and a new opposition coalition known as the National Super Alliance. The parties know that every vote counts, and their supporters will go to extraordinary lengths to get them. DM

Photo: Supporters of the opposition Coalition for Reforms and Democracy (CORD), led by former Prime Minister Raila Odinga, react as they shout slogans during a demonstration against Independent Electoral and Boundaries Commission (IEBC) in downtown Nairobi, Kenya, 09 May 2016. EPA/DAI KUROKAWA