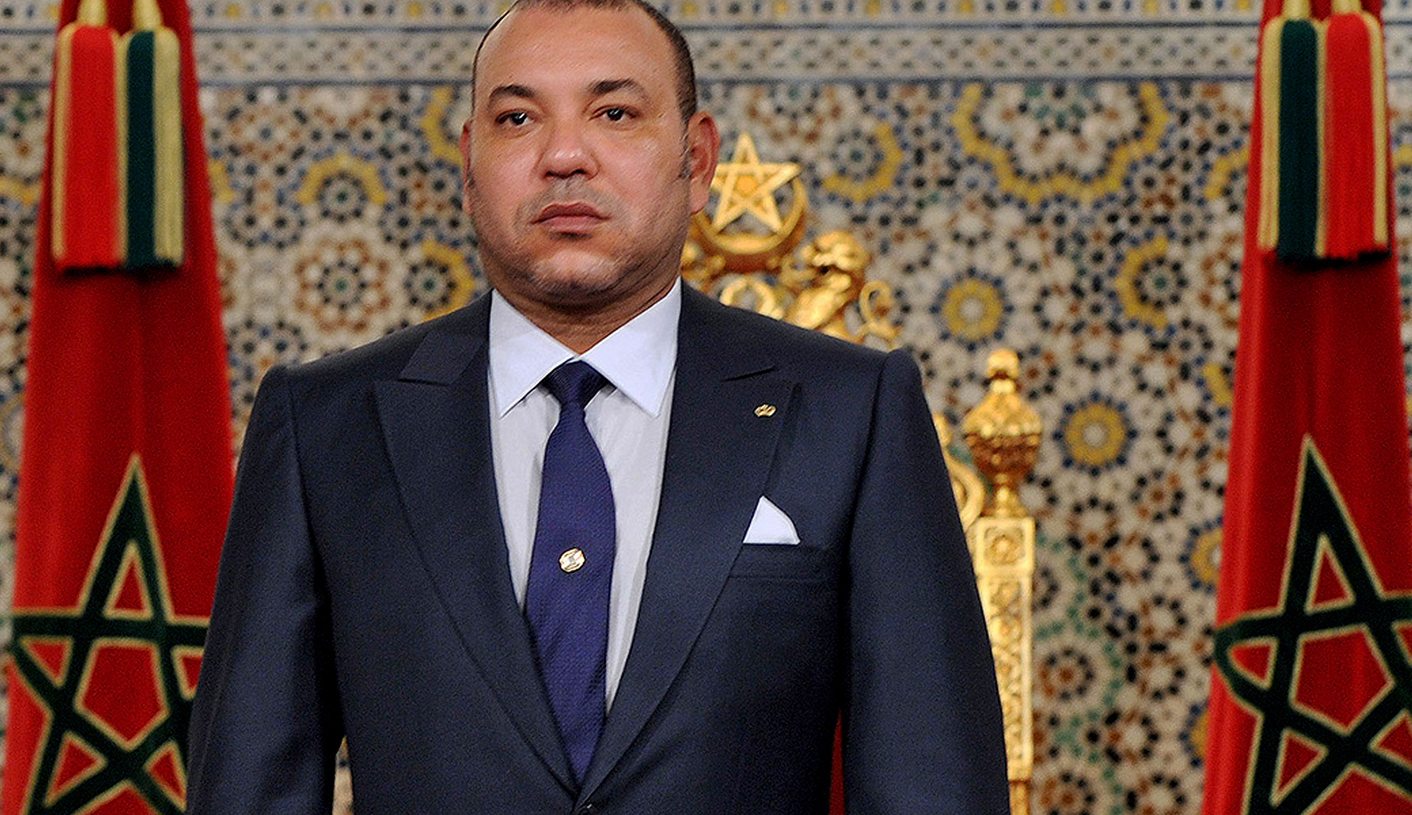 Morocco swallowed its pride and returned to the AU this week, but what does that mean for Western Sahara? By Peter Fabricius for ISSTODAY.

Sounding a bit like Evita singing Don’t Cry for me Argentina (“…the truth is I never left you”), Morocco’s King Mohammed VI made an emotional return to the bosom of Africa this week.

“It is so good to be back home, after having been away for too long!” said the king to heads of state in the Nelson Mandela Hall for the African Union (AU) Summit in Addis Ababa.

“I am home at last and happily reunited with you. I have missed you all – a family we had not really left,” added Mohammed, referring to Morocco’s 33-year absence since it stormed out of the Organisation for African Unity (OAU) in 1984 when the organisation admitted Western Sahara as an independent member.

Most leaders gave Mohammed a rousing, standing ovation as he entered the hall.

But quite a few other leaders remained seated, grim and silent. South Africa’s President Jacob Zuma chose not be present at all.

This marked difference in response visibly demonstrated the deep fault line that runs through the AU about the return of Morocco. The king candidly noted that his country’s return did not have unanimous AU backing, but quickly added “we have absolutely no intention of causing division”, and that instead Morocco would “help bring about unity and progress”.

Despite the king’s assurances, though, not everyone is convinced and many expect Morocco has not had a change of heart so much as it has had a change of tactics – a decision to work from within rather than from without, to expel the Saharwi Arab Democratic Republic (SADR).

In doing so, it appears to have out-manoeuvred its enemies, including South Africa. South African officials were saying until recently that the return of Morocco was too big an issue to be dealt with this week, and would require a special dedicated summit during the next few months.

That would have given Algeria – the Polisario’s greatest ally, and Morocco’s implacable rival over the issue – South Africa and several other countries time to build their case that Morocco should give guarantees that it would withdraw from Western Sahara and recognise the SADR before it rejoined. To these countries, this is an emotionally and ideologically charged issue; the last remaining decolonisation project on the continent.

But Morocco moved fast before the summit. It needed a simple majority to rejoin, but in fact it persuaded a hefty 39 of the AU’s then 54 member states to write to outgoing AU Commission Chair Nkosazana Dlamini Zuma supporting its unconditional re-admission.

On the face of it, though, Morocco’s return was a small victory for the Polisario Front, which governs Western Sahara as the SADR, as Liesl Louw-Vaudran, a consultant with the Institute for Security Studies pointed out.

Morocco stormed out of the OAU in a rage in 1984 because it refused to sit in the same assembly as the SADR. And most observers expected that it would only rejoin on condition that the SADR was first expelled. Instead, it swallowed its pride and sat down in the AU with the SADR, implicitly recognising it. So even the SADR had to welcome it back.

“From the moment that Morocco did not impose conditions … we take their word for it and accept that Morocco be admitted to the African Union,” SADR Foreign Minister Mohamed Salem Ould Salek told AFP.

Yet who does not have a nagging suspicion that the AU had admitted a Trojan Horse into its midst – and that Morocco will soon move against the SADR’s membership? To expel SADR, if that is indeed its intention, Morocco would need the support of two-thirds of AU members – 38 states.

As Louw-Vaudran points out, by last year, Morocco had already gathered the signatures of 28 states that would back it in expelling the SADR.

Will it now start working on the remaining 10 states of the 39 that voted for its re-admission, to persuade them that Morocco should not only be a member, but also the only member representing greater Morocco?

Or will the likes of Algeria and South Africa instead persuade Morocco from within the inner sanctums of the AU to accept the independence of Western Sahara, as Zuma suggested in a statement after the summit.

Louw-Vaudran says a campaign to oust the SADR could be very disruptive. But she nonetheless believes it is a good thing that Morocco has returned to the fold. “It is geographically part of Africa,” she notes, “and it can contribute a great deal to the continent”.

Specifically, Morocco could immediately help bridge the AU’s chronic financial shortfalls. These were again exposed at the summit this week when it became obvious that the plan to impose a 2% on imports to fund ambitious plans to reduce its large dependence on foreign donors, would not happen in a hurry.

Returning to his Evita, “I never left you” refrain, King Mohammed told the leaders in the Nelson Mandela Hall of the many contributions that Morocco had continued to make to Africa’s well-being, even during its absence from the AU. He catalogued scores of co-operation agreements with individual countries, thousands of scholarships for African students, fertiliser factories built in Ethiopia and Nigeria, agricultural projects in several countries, the contribution of thousands of troops to six UN peacekeeping missions in Africa – with Moroccan troops still in Central African Republic and Democratic Republic of Congo – and peace mediation in Libya and the Mano River region.

And he promised more now that Morocco was “home” again – including a gas pipeline running from West Africa through Morocco to supply Europe; more hospitable treatment of African refugees flowing through Morocco to Europe; and the prospect of reviving the dormant Arab Maghreb Union. This is the one African regional economic community that is not functioning, because of bitter inter-state rivalries (including between Morocco and Algeria over the Western Sahara), and internal conflict.

Though the SADR won a small victory this week, in the long run Morocco will be the big winners, as Louw-Vaudran suggests. It is too important a player to be discounted any longer – not only for its economic and military clout on the continent, but as an important bridge to Europe and beyond. Whereas the Polisario, despite occupying the moral high ground, in fact only governs a refugee camp in Algeria in practical terms.

Whether a bitter and divisive internal battle has to ensue in the AU for Morocco’s victory to be realised, remains the big question. The mountain would not come to Mohammed, so Mohammed went to the mountain. What he does there will be closely watched. DM