amaBhungane: Another front in the perception war expose...

amaBhungane: Another front in the perception war exposed – Kenny Kunene, founder and funder of Weekly Xposé 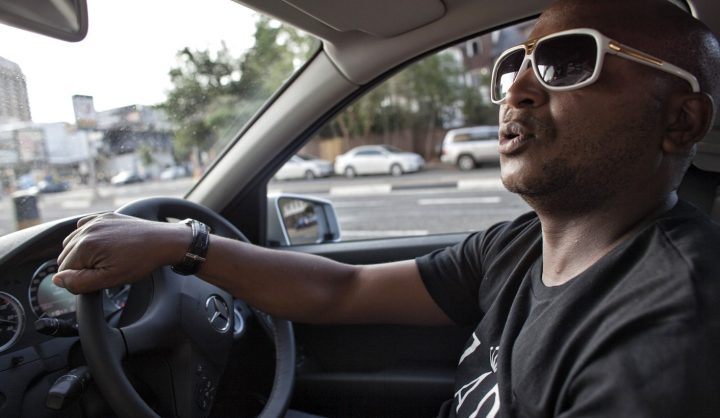 Flamboyant businessman and socialite Kenny Kunene is the latest prominent figure linked to an online campaign that appears designed to support the Gupta family and the narrative that they are victims of “White Monopoly Capital”, amaBhungane can reveal. By Micah Reddy for AMABHUNGANE.

Recent media reports and research by data analysts have begun to uncover a web of fake twitter accounts and real, but strident opinion sites peddling a remarkably consistent narrative that aims to discredit key figures seen as standing in the way of Gupta family interests.

Enter Weekly Xposé – a website set up on November 16 last year and registered in the name of Thapelo Kenneth Kunene.

This week Kunene confirmed to amaBhungane that he is the founder and funder of the website. He added that Weekly Xposé aims to deliver ethical journalism and that it was undergoing a trial phase while “a team is being put together” to run it.

Kunene attempted to pre-empt stories about his involvement following queries by amaBhungane and the Mail & Guardian this week, by publishing an article on the site on Thursday, portraying it as a straight-forward business initiative.

However, he earlier betrayed sensitivity about being linked to Weekly Xposé: according to the M&G, Kunene initially denied being behind the site. On Wednesday night he called amaBhungane’s reporter and threatened to “fuck you up”.

A closer look at the site suggests that Kunene, who was jailed for six years in 2002 for his role in a Ponzi scheme, is the latest high-profile individual to throw his lot in with what appears to be a media offensive aimed at backing President jacob Zuma and his Gupta allies and delegitimising their political opponents, especially at national treasury.

All churn out articles on “white monopoly capital” and appear to form part of a social media community that also includes the Guptas’ New Age and ANN7 TV news channel. Their pro-Zuma, pro-Gupta message, in turn, is aimplified by fake twitter accounts.

All these sites brand critics of Zuma and the Guptas as agents of “white monopoly capital”.

Tanwar is a former marketing manager of the Gupta’s IT company, Sahara Computers.

The email address linked to Weekly Xposé is [email protected] The same telephone number – 0613033889 – was used in registering both Weekly Xposé and Voetsek Blog.

This appears to be an old number for Tanwar, as the WhatsApp profile associated with the number carries a photograph of an individual who bears a striking resemblance to his photographs on LinkedIn and Facebook.

There is some indication that Tanwar might also have been involved in setting up the Uncensored Opinion site, which was registered with an email address that hints at his first name, [email protected].

Tanwar declined to confirm or deny that he was involved in setting up all three sites. Khoabane could not be reached for comment.

When pressed about Tanwar’s role in Weekly Xposé, Kunene said that he was hired because of his technical expertise as an independent software technician. He said Tanwar simply helped to set up the site and had no role beyond that.

In July 2016, amaBhungane reported that Tanwar was connected to a controversial R800-million Transnet contract involving Gupta-linked company Futureteq. The Guptas denied they or their companies had any share in Futureteq, although at the time the company was operating from Sahara’s premises and was 50%-owned by the ex-head of new business development for a sister company, Sahara Systems .

According to Tanwar’s LinkedIn page, he was Futureteq’s digital transformation consultant while working at Sahara.

When contacted by amaBhungane, Tanwar claimed that he was no longer employed by the Guptas and was helping set up websites such as Weekly Xposé as a freelancer, before hanging up. He did not respond to further queries.

Attempts to get comment from the Gupta family were unsuccessful at the time of going to publish.

Kunene has also come to the fore in the controversy surrounding the suspension and ultimate sacking of The Citizen editor Steven Motale.

The Citizen charged that Motale was fired as a result of a “breakdown of trust” that was “solely due to Motale’s actions and failure to follow procedures”.

But the context for Motale’s dismissal was his decision to publish a number of articles that appeared to lean heavily on an anti-treasury, pro-Gupta narrative.

One of them, published under the headline “Jonas is a Liar”, referred to deputy finance minister Mcebisi Jonas, who had publicly stated that the Guptas offered him the position of finance minister. The article, for which Motale was made to apologise, was based on potentially defamatory remarks by a single leaked source.

AmaBhungane has now established that Motale and Kunene registered two companies together in mid-2016 – Kusema Consulting and Kusema Media Group – four months before Motale was suspended.

Motale admitted to amaBhungane that the relationship was not declared to The Citizen, which appears to be a requirement of Motale’s employment contract, disclosed during his recent Labour Court challenge to his suspension and dismissal. ,

The Labour Court overturned Motale’s dismissal, finding that The Citizen had not followed the correct procedures, but, he remains suspended pending a disciplinary hearing.Motale has defended the seemingly pro-Gupta articles published in The Citizen as being in the public interest, and has denied that anyone tried to unduly influence him in his editorial decision-making.

The Citizen’s publisher, Eureka Zandberg, said that the newspaper’s employees were not permitted to engage in other business activities.

“In order to do so they would require written approval. He didn’t ask for it and I didn’t give it,” Zandberg said.

On the question of his business relationship with Kunene, Motale said the companies were not operational and that he had “not made a cent” from them.

In an interview this week, Kunene acknowledged a long-standing friendship with Motale, while initially denying that they had business ties.

Kunene also told amaBhungane that he paid Motale’s legal fees in the Labour Court matter, though the latter denied the claim. DM

We are an independent, non-profit investigative journalism centre. Like this story? Be an amaB supporter. Sign up forour newsletter. Visit us at amaBhungane.co.za