Right of Response: Off the mark – lack of understanding leads to patchwork 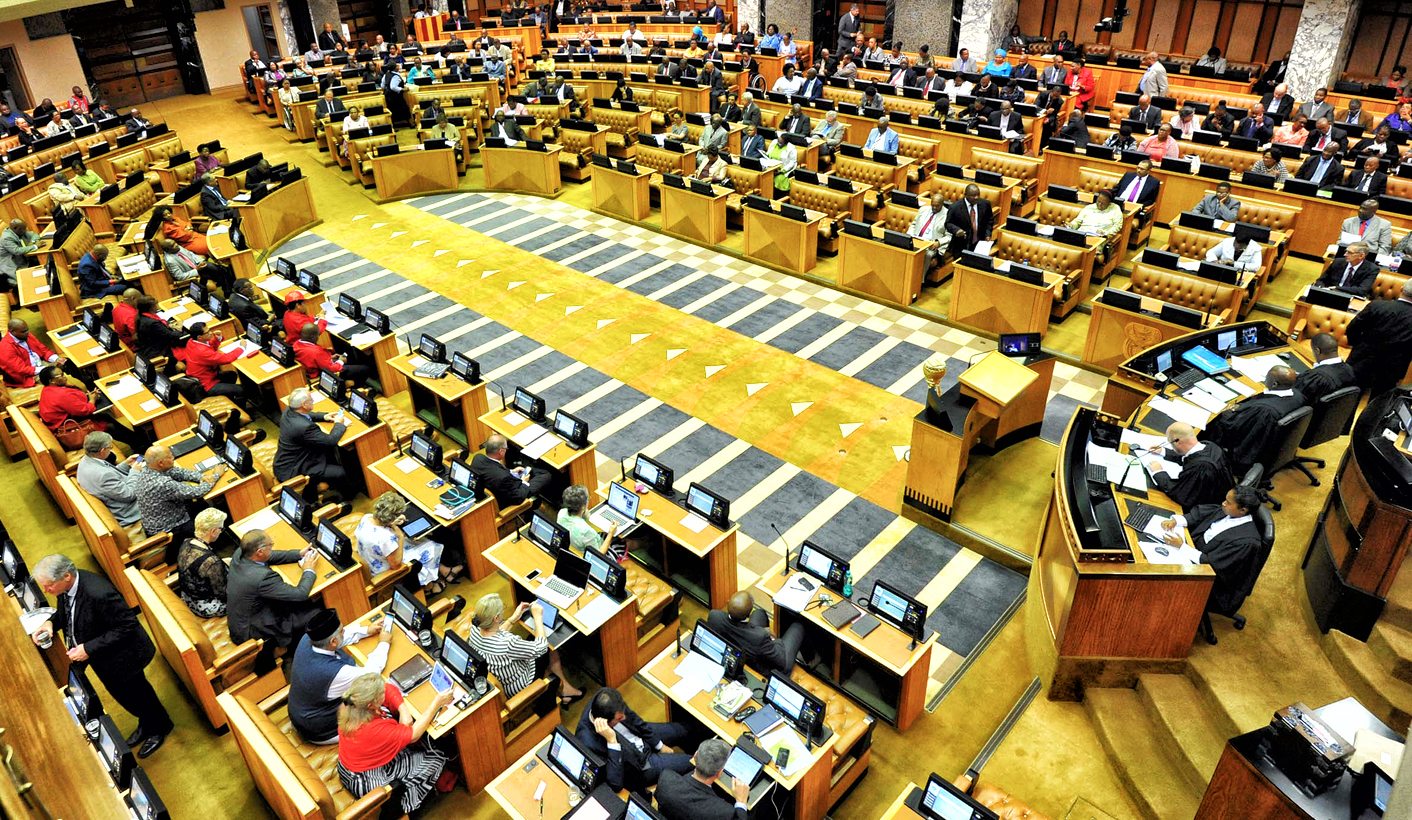 Marianne Merten and some of her kith and kin in the media (a group of parliamentary correspondents in particular) have curved (sic) a niche for themselves as one of the most implacable critics of Parliament and its Head of Administration, the Secretary to Parliament, Mr. Gengezi Mgidlana.

These journalists use their columns and every editorial opportunity they get to unleash an anti-parliamentary tirade, often couched as cutting edge journalism. Precious time is not used to master journalistic rigour and flair but to churn out insipid journalistic work

To be sure, this cohort of scribes, similar to the one described by Busani Ngcaweni, is distinguishable by its anti-establishment and neo-liberal offensive, a neo-colonial locus of enunciation and susceptibility to mistake rudeness for rigour. As an integral part of this cohort and as a willing participant in the anti-parliament offensive, Merten seems to have assimilated very well to the group’s modus operandi – that of inventing sources and sniffing around for scoops to manufacture “stories”.

As such, Merten’s Daily Maverick article (Parliament: Security grip at the National Legislature) on 26 January 2017 came as no surprise. In her truly “Mertenian” intemperate style, Marianne rants and raves about security related matters in Parliament and offers a facile critique of what she claims to be “an unrelenting creep of security grip at the national legislature”.

Merten has since had an unexplained change of heart and really holds an unjustifiably pessimistic view about the work of the 5th Parliament. Secretary to Parliament has been at the most receiving end as a result of a change of heart by this “exasperated journalist” (as some of her colleagues describe her posturing). At some point, Secretary to Parliament was described as the Hlaudi of Parliament “whatever that means”, because one can find no similarities or paralles (sic). This begs a question as to what has occasioned this metamorphosis of an outstanding journalist (one that received a second prize in the 1999 African Journalist of the Year Competition) into a lethargic and myopic scriber (sic)? Why, off late (sic), Merten has been found wanting, contorting herself in a hotchpotch of minimalistic, jaundiced views and extroverted narratives?

Arguably, her change of heart seems to stem from the fact that she has ditched her good journalist training to embrace journalistic exhibitionism. She has since joined a group of journalist bad friends who do not have the capacity for the higher arts of intellection, the ones whose craft is marked by obfuscation of reality and meaning on the one hand and paucity of sharply argued, instructive, and well-delineated writings at other. In fact, the good journalist Merten was has since been replaced by someone who cross reference (sic) the patchwork of friends, as evinced by a number of her recent shoddy articles about Parliament. To be sure, Merten has forgone her good journalistic practices of doing proper research, being objective in reporting and having a grasp of issues that she is writing about.

With regard to her latest article on Secretary to Parliament (Parliament: Security grip at the National Legislature), I’m sure Madam Merten has heard that you cannot rectify a flawed process by “managing it better”.  There are many sayings for that “gabbage in gabbage out” (sic) and one that comes to mind is that, fruits of “poisoned chalice” cannot serve as the basis of a good decision. To illustrate the point, Merten rebuffs genuine efforts by Parliament to respond to her query as long response (sic). If you don’t want long answers, don’t ask questions in a manner that shows that you don’t have the grasp of how Parliament works and more importantly, don’t loose (sic) your good journalistic attributes for friends’ shoddy patchwork.

To this end, the most intellectually productive thing to do would be to disabuse Merten of the notion that a Parliament that is 22 years old started to pay attention on its security imperatives and/or considerations when the current Secretary to Parliament was appointed. In this regard, let’s get certain basic facts right.

All these issues have been done before this current Secretary to Parliament assumed office. The question then is, why does Marianne Merten objectify these as new issues. Responding to some of Merten’s writings, Jeremy Cronin once asked, “Is Merten opposed to Parliament having rules, protocol and procedure?” This becomes a very pertinent question when engaging with Merten’s writings and nascent body of work on parliamentary matters.

When looking at Merten’s reporting, there can be no excuse for; her ignorance, faulty analytic prisms and lack of understanding of the nuances at play because she is based in Parliament with an office provided by Parliament for free. Moreover, she is a senior journalist, but clearly, it seems that she has allowed herself to be led astray by her journalist friends. For Merten, there is now nothing wrong with compromising ethics and standards of her chosen career at the altar of expedience. In the business of getting scoops and providing “alternative facts” about the Secretary to Parliament, parliamentary rumour mill seems to be Merten’s preferred source of “facts”. Surely, Ms. Merten you can do better than that, we know so because you’ve done it before.

Another issue that needs to be addressed here is Merten’s understanding (or lack thereof) of the constitutional injunctions around the doctrine of separation of powers principle. Merten avers that the doctrine of separation of powers has been breached when Parliament co-ordinate its activities with relevant departments in the Executive. Well let’s double check her “fact check or alternative facts”. The basic tenets of the doctrine of separation of powers are that the State has three arms, namely, the Legislature that makes laws, the Executive that executes these laws and the Judiciary that interprets the laws. It further stipulates that these three arms of the State are distinct and need to be allowed to perform their responsibilities independently. Finally, in the system there are inherent checks and balance that are to ensure that neither arm has unfettered powers or does not abuse or usurp the roles of others. Now, has the architect of the State changed, namely is Parliament now the Executive or the Executive Parliament? The answer is a resolute NO. Has any arm of the State been prevented from carrying out its responsibilities? Again, the answer is NO. Have the checks and balances built in the system been compromised? Once again, the answer is a big NO. So what is Marianne Merten talking about? Is she presenting “alternative facts” to use her choice of words?

It is very interesting how Merten selectively and incompletely quotes a constitution and then decides, when looking at security matters in Parliament, to illogically narrow down all of those issues to some individual – Gengezi Mgidlana. Ms. Merten, you are not called to like Mr. Mgidlana, the Secretary to Parliament, neither you are requested to abandon your journalistic responsibilities, but you are called upon like all hardworking South Africans to do your job properly and with integrity. DM