Op-Ed: Permission to drink a lion 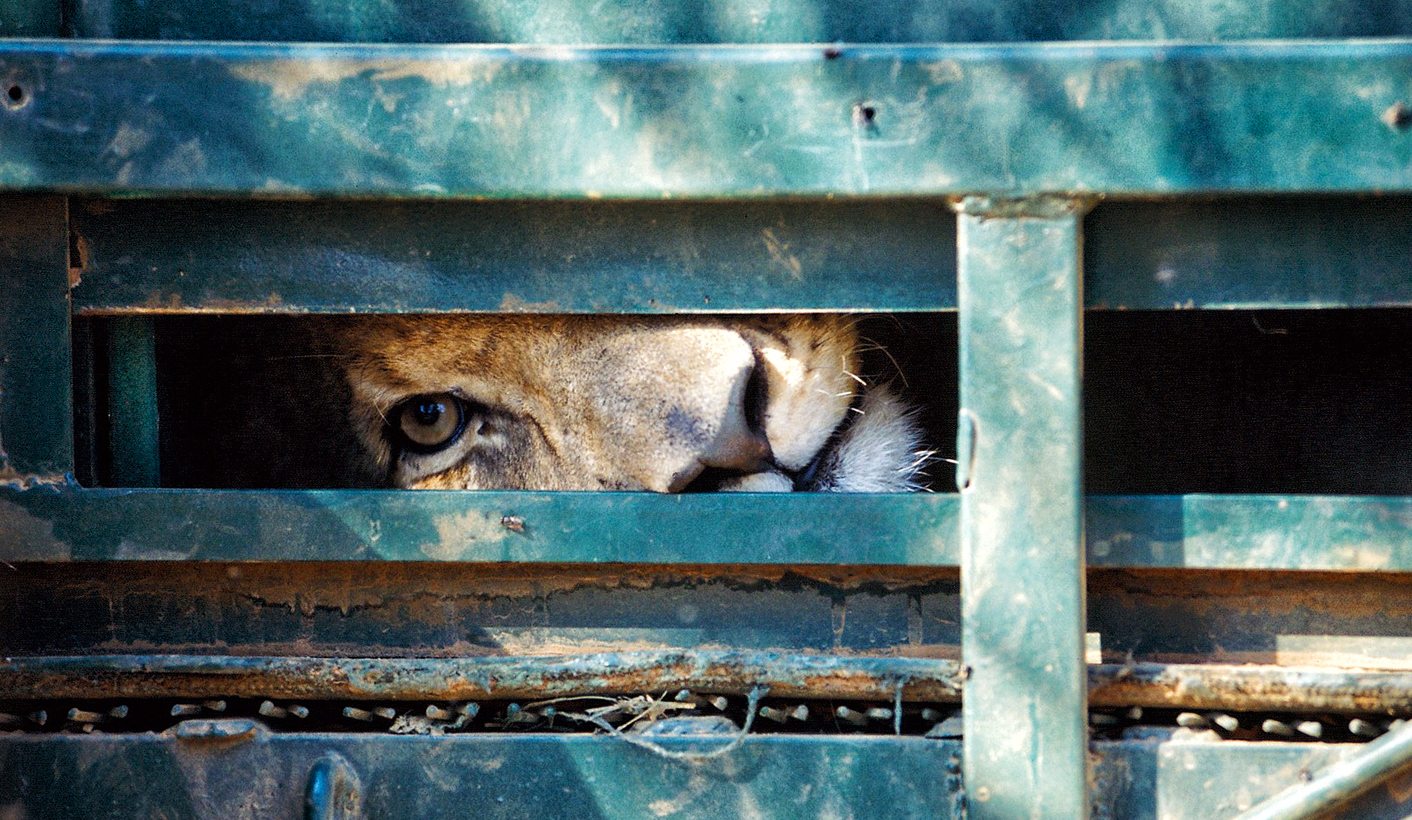 There is something extremely bizarre about drinking a lion. But maybe in this world of post-truth it’s a new normal. After all, the cruelty we do to creatures in factory farms comes to us with no conscience, wrapped in plastic and labelled farm fresh. Every time we buy an egg or a steak or chicken breast we conspire in a little lie that it’s okay, says DON PINNOCK.

It is much easier to be cruel than one might think. It depends on how we understand it and whether we choose to ignore it. Cruelty has to do with suffering, whether it be emotional or physical. There’s no doubt the creatures we farm to eat suffer, but we probably never see battery farm animals so it becomes easy to ignore. In their lifetime, unless they’re vegetarian, people in the developed world will eat the meat of around 20,000 entire animals.

Ignoring suffering is avoiding shame. The commercial marketing of animal parts (lets call it by its true name) is to avoid the possibility of feeling shame that may follow seeing how creatures are raised and slaughtered. We feel no regret for the life of a genetically altered broiler chicken, too big-breasted to walk and living on mesh wire in a space as large as an A4 sheet of paper. Anyway, knowing that would spoil the taste.

So we feel no responsibility towards what Franz Kafka called the “unknown family” of invisible others, which included animals (he used to talk to fish in tanks and beg their forgiveness). They are, after all, farmed for our table. But lions? A beautiful near-endangered creature on Africa’s shrinking wildlands? Well, we drink them.

In a move clearly supporting the canned lion hunting industry, their consumption as an ingredient in fake tiger wine drunk by largely Chinese patrons is about to be legalised by the South African Department of Environmental Affairs. This lifeline to an increasingly discredited hunting practice follows a US ban on the import of hunting trophies from the country and a decline of profits from canned hunting.

The Department of Environmental Affairs (DEA) made the 800-skeleton decision without public consultation but was forced to hold a stakeholder meeting as a result of Cites quota conditions. This was clearly planned as a once-off meeting, but delegates managed to get the department to open a two-week window for public comment, ending on Thursday (February 2). This leaves virtually no time for popular comment or intervention, so the proposal will probably go ahead. The DEA also plans to appoint a research group to monitor the exports.

The move has come under fire from a wide array of local and international environmental organisations and follows an ongoing controversy about South Africa’s lion breeding industry that promotes cub petting, lion walks, canned lion hunting and the supply of lion body parts.

“The decision is misguided and shameful,” said Audrey Delsink, Africa’s director of the Humane Society International. “Breeding captive lions is not only cruel and contrary to the global shift against captive wildlife, but is a potential threat to wild lions.”

According to Pippa Hankinson, the producer of the film Blood Lions, the quota appears to lack the requisite scientific basis and was arrived at without consideration of proper welfare or conservation protocols. There was no formal document to support how the quota of 800 skeletons was arrived at or how it would be enforced:

In 2015 the Professional Hunters’ Association of South African (Phasa) passed a motion dissociating itself from the captive-bred lion industry “until such a time that the industry can convince Phasa and the IUCN (International Union for the Conservation of Nature) that the practice is beneficial to lion conservation”.

Last year the IUCN adopted a motion to terminate the hunting of captive-bred lions and other predators and captive breeding for commercial, non-conservation purpose.

There are between 6,000 and 8,000 captive-bred lions in South Africa, more than twice the number of wild lions. An estimated 1,200 lion skeletons a year are presently being exported; while DEA-endorsed 800 skeletons export would mean a reduction, it also represents tacit support for captive lion breeding.

Captive-bred lions are something of a legislative black hole. The government’s 2015 Biodiversity Management Plan mentions captive-bred only in passing, saying “there is intense controversy over the merits and ethics of the captive breeding and subsequent release for hunting of captive bred lions, although it remains legal to do so”. A Cites report notes that trade is fine “if the relevant authorities are satisfied that certain conditions are met, above all that trade will not be detrimental to the survival of the species in the wild”.

In dealing merely with the impact of captive-bred lions on wild breeding stock, these reports ignore ethical issues and relegate lions to domestic farming stock.

There are also questions about whether the quota could be policed. According to Michelle Pickover of the EMS Foundation, there should be a moratorium on issuing any wildlife export permits because of the country’s extremely poor legislative and enforcement issues:

“At the meeting it was clear that DEA does not know how the industry operates, who the breeders, bone traders etc are, how many lions are in the industry and how many ‘facilities’ there are.

“They leave this totally up to the industry itself. So it’s in essence secret and self-policed. There is also no transparency and this situation is worsened by massive corruption,” she says.

“They are wanting to do research as part of the quota decision. This is nonsensical – research needs to be done in order to establish the landscape and to ascertain if a quota is actually viable or not.

“Their position is clearly that because there is already a trade it should continue. This is illogical. If they themselves are motivating for the need for research, then this suggests they do not have enough information.”

Pickover pointed out that because the US no longer allows the importation of captive trophies, there has been a shift to bone trade. “They are reporting a decrease of 320 lion hunts and a loss of 660 jobs and are supporting an off-take of 1,600 animals a year.

“DEA’s support for the lion bone trade is obvious. They do not seem to be concerned that they will grow demand. In fact they said that demand was based on thousands of years of (Asian) culture and there was nothing we could do about it. This position is astonishing, particularly given all the international and inter-governmental efforts to reduce demand.

“This does lead one to question whose agenda it is in our government to grow and support this unscrupulous and corrupt industry. And who is benefiting?”

The bones come from lions often raised in extreme cruelty. On breeding the farms, females are forced to produce a litter every six months and the cubs are taken away within days after their birth to force early oestrus. They become drained and weak after a few years and can end up being “special offers” for hunters and bones for export.

According to Ian Michler, who produced the film Blood Lions: “Farmed lions are genetically contaminated, sometimes to the extent that they suffer from rickets, back and eyesight problems, all sorts of issues that come from inbreeding and cross-breeding.”

The health of the cubs, raised without mother’s milk, can suffer deficiencies, debilitating bone deformations, respiratory and thyroid problems, digestive disorders, calcium deficiencies and many other illnesses. The stress brought on by human petting and the poor living conditions can lead to behavioural disorders.

Down on the farm, it seems, cruelty to lions has become less important than sipping excretions leached from their bones. In pursuit of profits it has become a new normal. DM

Photo: An image from Blood Lions.