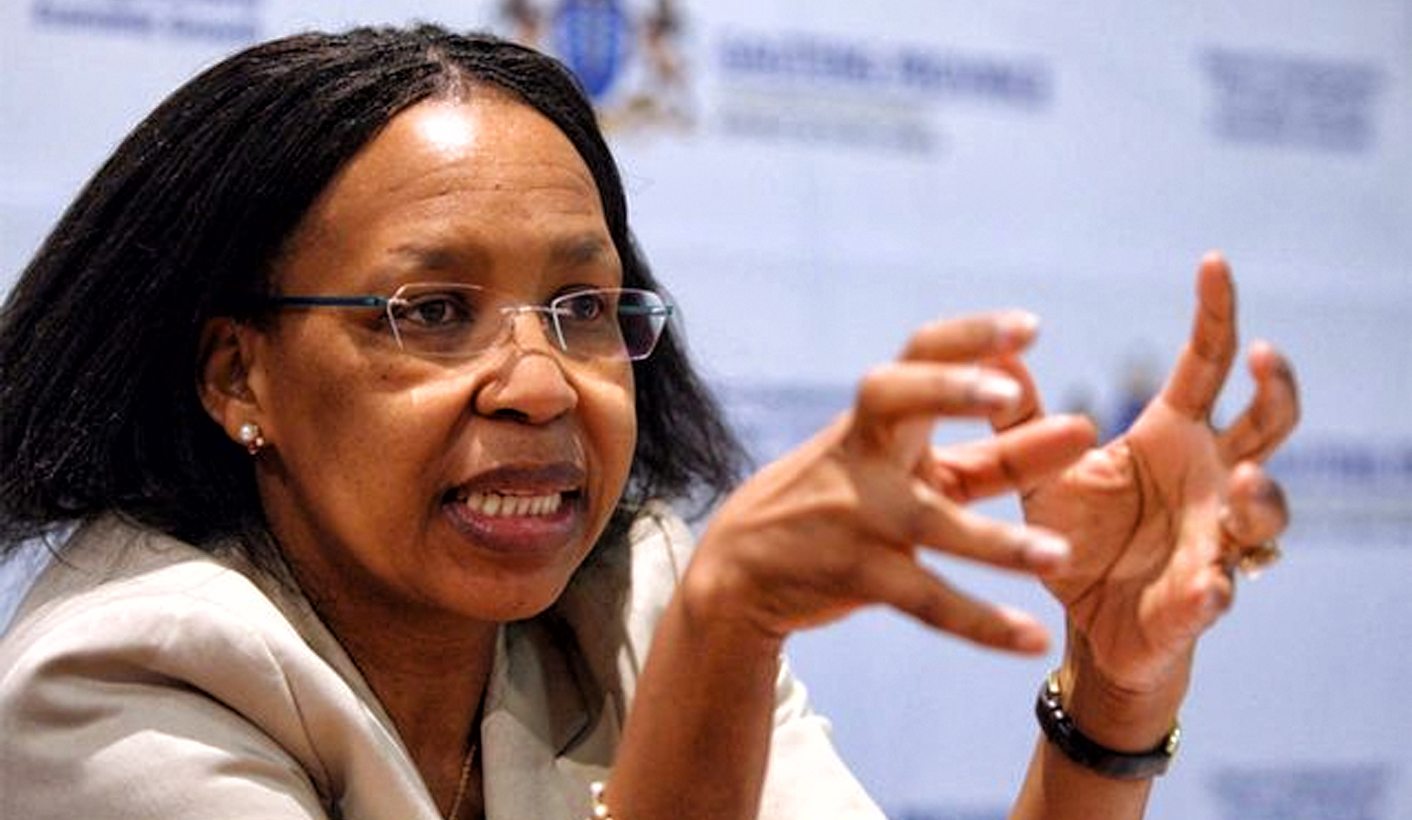 By resigning and taking “political responsibility as the final authority in the department” for the deaths of 94 mentally ill patients, former Gauteng Health MEC Qedani Mahlangu in an ironic twist has became an oddity. The customary mantra by politicians and public representatives is that “processes must be allowed to unfold to the end” amid assertions of “innocence until proven guilty”, typically until no further legal appeals are possible. Amid South Africa’s woeful state of public administration, toughening it out often brings the reward of alternate deployment. By MARIANNE MERTEN.

Qedani Mahlangu could have toughed it out as Health Ombudsman Malegapuru Makgoba’s findings and recommendations are the first step in a series of now unfolding administrative, investigative and other processes. Her resignation letter, published by TimesLive, says the report “has not found any culpability on my part for the unfortunate loss of lives by the patients”. But she resigned; Gauteng Premier David Makhura told Wednesday’s media conference that she, like everyone else in the provincial cabinet, knew that if something goes profoundly wrong “you have to take direct accountability and not pass the buck to junior officials”.

When police killed 34 Marikana miners in August 2012, then police minister Nathi Mthethwa decided to ignore calls for his resignation, arguing that the Farlam commission of inquiry was yet to finalise its investigation. This was the refrain from many on the ANC benches on the countless occasions over some three years when the issue of accountability for the Marikana killings was raised in Parliament.

Ultimately Mthethwa’s approach paid off, although he was moved to the arts and culture portfolio after the May 2014 elections. The Farlam commission equivocated after hearing testimony that the minister would have been informed for guidance of the SAPS top brass’s decision to go tactical on the eve of the Marikana killings.

“The commissions wishes to emphasise that it is not finding that such ‘guidance’ was given. It is, however, unable to find in the light of what has been said above to find positively in Minister Mthethwa’s favour on the point.”

There is a culture of sidestepping accountability and responsibility that is framed in legalistic language by those in power to remain in power. Processes must be allowed to unfold until the end. Innocence until the legal process finds otherwise. If government prescripts allow it, be it luxury hotel accommodation or chauffeur-driven transport, it can be done regardless of other imperatives like National Treasury calls for cost-cutting – or just basic common decency.

An exception has been Pallo Jordan, who resigned in August 2014 as an ANC MP and NEC member over his fake qualifications. For years the anti-apartheid activist turned minister had not refuted being called “Doctor” although he does not have a doctorate. ANC Secretary-General Gwede Mantashe said at the time: “A man of Comrade Pallo Jordan’s intellect does not need to perpetuate deceit, he must be given time to deal with his guilt… As the ANC, we have accepted his public apology.”

The governing ANC publicly talks tough on corruption and abuse of power and in support of a capable development state. The 2012 Mangaung ANC conference resolved to establish integrity commissions at all levels and talked of members stepping aside if there were serious public allegations against them.

“More urgent steps should be taken to protect the image of the organisation and enhance its standing in society by ensuring, among others, that urgent action is taken to deal with public officials, leaders and members of the ANC who face damaging allegations of improper conduct. In addition, measures should be put in place to prevent abuse of power or office for private gain or factional interests,” says the resolution.

But less than three years down the line, Mantashe’s mid-term update to the 2015 national general council was less than glowing about this. Many integrity commission recommendations were not implemented by the NE because “comrades feared admitting guilt by stepping aside”, it said.

So former ANC youth league treasurer Pule Mabe came to Parliament after the 2014 elections – he was placed 53rd on the national candidate list – under the cloud of fraud charges involving his private company. He was acquitted in December 2014.

Former Buffalo City mayor Zukiswa Ncitha remains a delegate in the National Council of Provinces (NCOP) despite being on trial for the fraud scandal over a Nelson Mandela memorial.

Also on the ANC parliamentary benches is former Gauteng Local Government MEC Humphrey Mmemezi, who admitted using his government credit card for private purchases. He resigned in December 2012, blaming “ambiguity” in the ministerial handbook and his belief, following a briefing by departmental officials, that he just had to repay personal spending. “There are, however, decisions that I deeply regret with regard to some of the personal purchases I made using the departmental credit card,” he said in his resignation letter quoted in The Star which first reported the abuse. “It is for this reason that I deeply regret that I used the credit to pay for the suits in India, the groceries in the local grocery store and the artwork in the office.”

That’s it. After the May 2014 elections Mmemezi came to Parliament after the ANC listed him in place 111 on the national candidate list.

Baleka Mbete, then deputy Speaker, in April 1997 was found to have fraudulently obtained a driver’s licence in Mpumalanga. She never faced any charges following police scrutiny and the Moldenhauer commission of inquiry, according to news reports at the time, found the Mpumalanga safety and security MEC had abused state resources to deliver special treatment for Mbete. Mbete’s political career flourished: elected ANC national chairperson at the 2007 Polokwane national conference, appointed Deputy President from 2008 to return as National Assembly Speaker after the May 2014 elections. She has declared some R25-million worth of shares linked to the controversial Invictus Gold Fields black economic empowerment deal in Parliament’s register of members’ interests.

Social Development Minister Bathabile Dlamini in October 2006 pleaded guilty to fraud of R245,000 for the abuse of travel vouchers in Parliament’s Travelgate scandal during her time as MP. In terms of a plea bargain before the Western Cape High in Cape Town, according to Sapa, Dlamini was fined R120,000 and a suspended jail term of five years. After her stint as MP, Dlamini worked full-time for the ANC Women’s League, and in 2009 she became Deputy Social Development Minister before being made Cabinet minister in November 2010. She is now, of course, president of the ANC Women’s League.

Other Travelgate accused, who signed similar plea bargains, include current ANC MPs Nyami Booi, Angie Molebatsi, Ruth Bhengu, who in 2008 was elected president of the South African National Civics Organisation (Sanco), and Beauty Dlulane. The plea bargain meant they could legally continue as public representatives: Section 47(1)(e) of the Constitution disqualifies those “convicted of an offence and sentenced to more than 12 months imprisonment without the option of a fine” from being parliamentarians.

There is a question mark over ANC MP and former mayors of Buffalo City metro, Zukisa Faku, who was sentenced to three years’ jail in September 2016, some six months after her conviction for using her council credit card for R15-000 private purchases. The court ruled out any appeals, but her name remains on Parliament’s website list of MPs.

It is against this that Mahlangu’s resignation stands out. And that by itself is an indictment of South Africa’s state of governance. DM