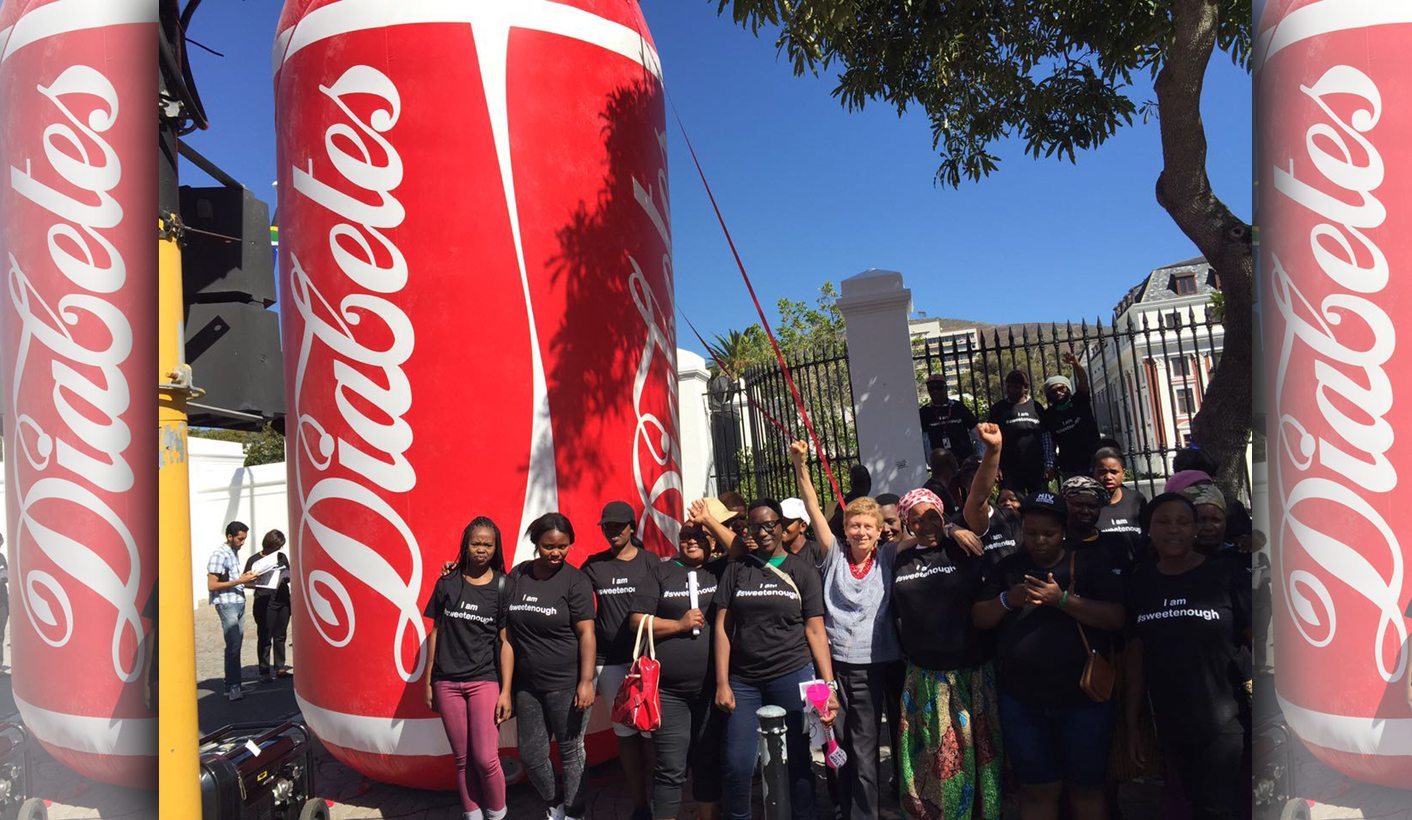 South Africa could prevent almost half-a-million deaths over 40 years by introducing its proposed tax on sugary drinks, according to the World Health Organisation (WHO).

“Not a country in the world has hit obesity with a 20% tax, so South Africa could be a world leader and reduce childhood obesity,” said the WHO’s Dr Temo Waqanivalu.

Waqanivalu was speaking at Tuesday’s public hearing on the proposed tax on sugary drinks, convened by Parliament’s committees of finance and health.

“A child eating burger and chips, washed down with sugary drink and followed by crisps and chocolate bar, would have to run a half-marathon to get rid of the effects. You cannot out-exercise a bad diet,” said Waqanivalu.

At the packed meeting, all parties agreed that South Africa had a significant problem with obesity, but while academics praised the tax, industry players pleaded for other measures.

Treasury has proposed a tax of 2.29 cents per gram of sugar on soft drinks, which would work out to be about a 20% tax on Coca-Cola.

Sugary drinks are driving big increases in diabetes and obesity, which cause a range of health problems including strokes, heart attacks and cancer, according to the Department of Health.

Wits Health economist Professor Karen Hofman testified that a sugary drinks tax is the cheapest intervention to prevent obesity and a 20% tax could prevent 280,000 people from becoming obese.

“Between 1995 and 2015, there was a 50% increase in the cost of treating obesity in South Africans aged 54 to 69,” said Hofman. “When we introduced increased taxes on tobacco, smoking decreased from 40% to 20% of the adult population. This tax will save lives, increase life expectancy, avoid impoverishment and avert huge costs to economy,” concluded Hofman.

“Obesity is linked to lower cognitive function in kids,” said Oni, reporting that South African nine- to 10-year-olds are among the highest consumers of sugary drinks in the world, beaten only by kids in the USA.

“The state has an obligation to protect people, and we commend and strongly support the tax on sugary beverages,” concluded Oni.

Dr Sundeep Ruder, an endocrinologist who treats diabetics, condemned the marketing of sugary drinks as “psychological manipulation to make us consume things we might not need at all”.

“South African women are among the most overweight in the world, with 70% of women and 40% of men being overweight. Drinking one sugary drink a day increases your chance of obesity by 25%,” said Ruder.

“Clinicians on the ground are battling to deal with fallout. Obesity causes a range of complex problems such as fatty liver disease, kidney disease, cancers, infertility. There is a shortage of specialists to deal with this, and GPs are struggling to deal with diseases. We already have to turn people away for kidney dialysis in public sector.”

While the Beverage Association of SA (BevSA), the SA Fruit Growers Association and the SA Sugar Association all conceded that South Africa has an obesity problem, they disagreed that taxing sugar was the best way to address this.

BevSA CEO Mapule Ncanywa said its members were committed to reducing the sugar content of their drinks: “We want to be part of the solution, we contribute R62-billion to the GDP, we contribute to 300,000 jobs. The introduction of this tax is against the good work of our industry,” said Ncanywa.

However, Treasury official Cecil Morden said that if the industry reduced the sugar content of its drinks, it wouldn’t experience any job losses.

“The jobs impact is way, way less than seen in newspapers. If the beverage industry reformulates [its drinks], it can reduce or remove entirely the job losses,” said Morden.

Meanwhile, the sugar industry said its small growers in rural KwaZulu-Natal would be worst affected by the proposed tax, pleading that “sugar should not be vilified when there are other products such as oil and maize” that are harmful to people’s health.

Professor Frank Chaloupka from the University of Illinois, who is researching the impact of Mexico’s sugary drinks tax introduced in 2013, reported that there have been no job losses.

“There was a 6% reduction in the consumption [of sugary drinks] after the first year in Mexico, an 8% reduction after the second year and an 11% drop in first half 2016,” said Chaloupka, who was named as one of the world’s most influential scientific minds last year by Thomson-Reuters. “People are switching to healthier drinks including bottled water.”

Treasury Deputy Director General Ismail Momoniat agreed that the tax needed to be complemented by public education, including labelling on products and ensuring that schools don’t stock unhealthy products.

Civil society Section27’s Sasha Stevenson added that government should also subsidise healthy foods so that they were affordable.

“All who don’t have a vested interest in this have all taken the same position [in favour of the tax],” said Finance Standing Committee chairperson Yunus Carrim.

“There isn’t a single scientist here saying obesity isn’t a problem. We all agree that we need to tackle obesity, save jobs, address culture. Now we have to find the balance between all of these things.”

Carrim said more consultation needed to be done by Treasury, the Department of Health and the health and finance committees to find a way forward. DM